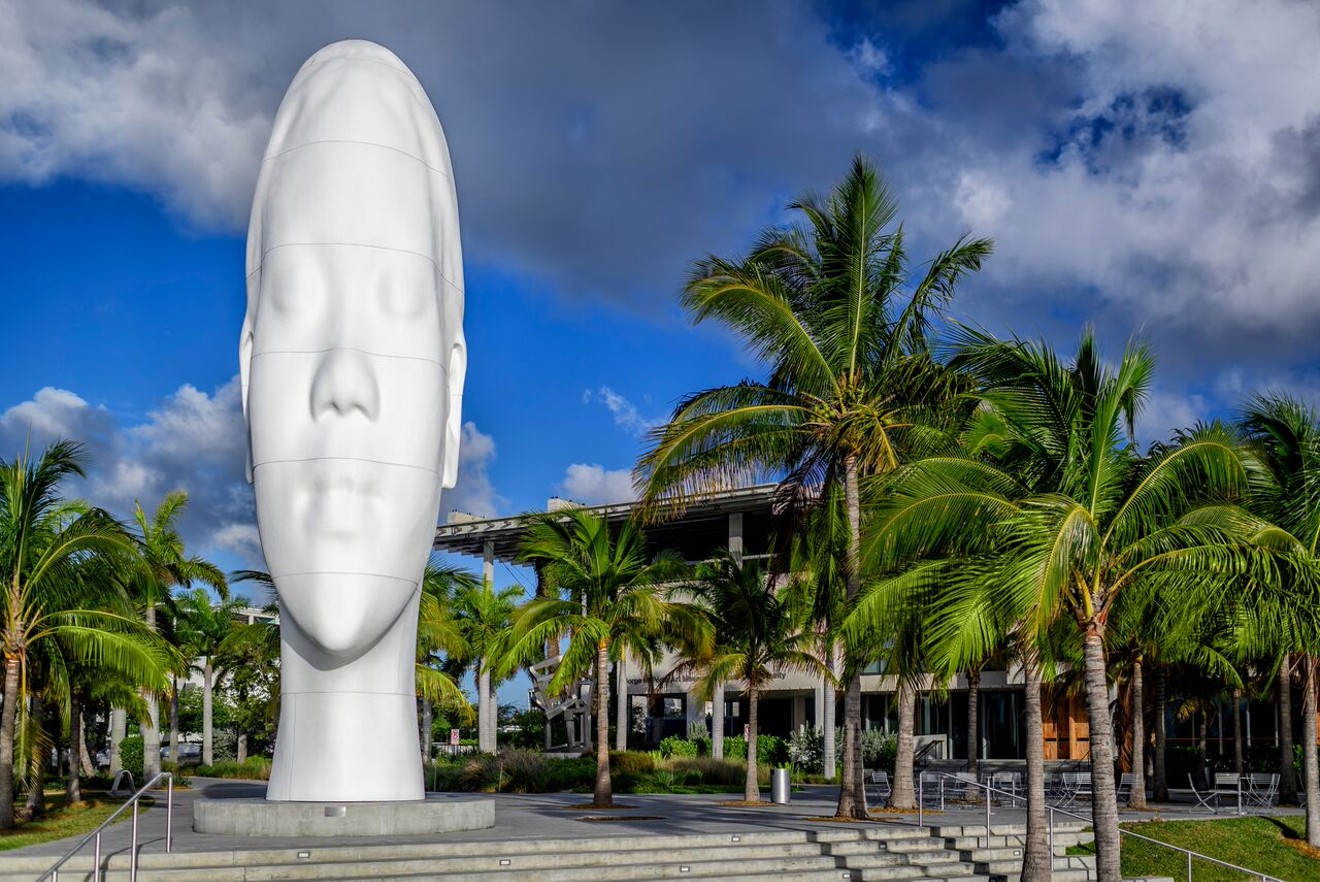 Looking Into My Dreams, Awilda, in PAMM's Museum Park. Nick Garcia Photography
Visitors to PAMM's Museum Park are in for a surprise following the recent acquisition of a monumental piece by renowned sculptor Jaume Plensa. Titled Looking Into My Dreams, Awilda, the 39-foot-tall sculpture depicts the elongated face of the titular Awilda, her eyes closed in meditation, perched close to Biscayne Bay.

Awilda isn't a public or well-known figure. In fact, that is what Plensa cherishes about her. She's “a girl who was born in the Dominican Republic and came to live in Spain,” he notes, and that is enough to lend her importance in Plensa's larger project: his actively “trying to embrace the largest mosaic of people from different origins.”

"I did a piece in Chicago, Crown Fountain, in 2004. I filmed 1,000 faces of people in Chicago from all origins and ages,” Plensa says of his widely recognized public video and sculptural installation. For this latest series of portraiture, Plensa says, he's drawing exclusively on female subjects. “I've been working with the concept of the female... I consider memory female. The work is a celebration of femininity.” He says the work stems from a profound appreciation of the feminine, the spirit of creation, and nurture. “Man, in a funny way, is more of an accident — a beautiful and funny accident, but still,” he muses.

“But man also has a part of femininity,” he acknowledges. This drive toward the femme is integrated with a sort of gentleness of spirit that Plensa hopes people can take away from his work.

“People always ask me if they can touch [my sculptures],” he notes. “I say, 'Please do not touch; caress.' I want them to approach reality in a different way.”

Awilda seems happy to impart this notion to passersby. Her stoic expression and calm demeanor are a beacon for introspective living. The work clearly spoke to PAMM benefactor Jorge Pérez, who relocated Awilda from its previous home in Chicago's Millennium Park to the new waterfront digs.

Asked about public art as a larger concept, Plensa becomes excited. “The public space is where you can share your ideas with a community,” he enthuses. “You have introduced a kind of beauty into the everyday.” He believes the public sphere is more active and engaging than typical art-viewing spaces. “There's an exchange of energy. You can show people a way to look at the same landscape with completely different eyes.” Creating installations for everyday life incites a passion in Plensa unparalleled by other avenues for exhibiting. “A museum is a public space, a gallery is a public space, but they have a context that protects you. You are expecting to find art there. The public space is much wilder; you must survive by yourself,” he explains. “I like that.” 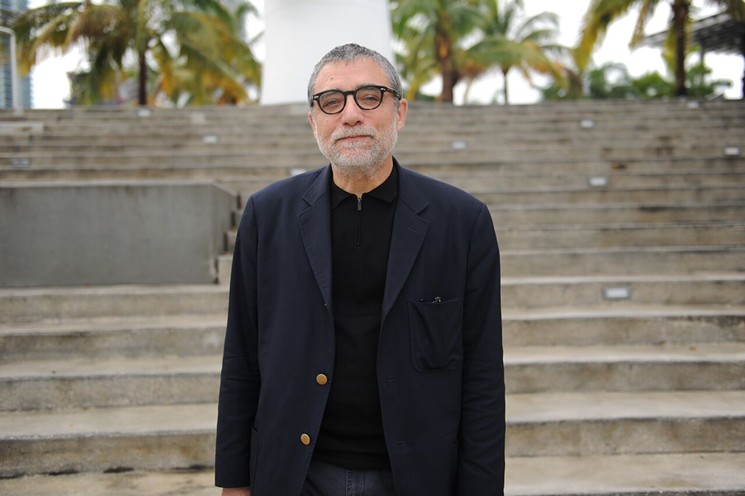 Jaume Plensa
World Red Eye
When many hear the name Plensa, they immediately imagine the artist's well-known sculptures composed of welded symbols from various alphabets. Though the presentation differs, Plensa insists there is a through-line to his divergent works. The common thread is “trying to embrace diversity,” in his view. “Using letters from many different cultures or people from many different places,” both are equivalent in Plensa's practice. “It's a work in parallel; I continue to work with alphabets even as I create the portrait works,” he explains.

The artist is overjoyed that Awilda will have an extended stay in Miami. He believes the piece has a strong connection to water and is excited that it can return to a waterside location similar to its original placement in Rio de Janeiro. Plensa hopes to elucidate more about his personal history and artistic practice through an upcoming talk, set against the towering backdrop of Awilda, this Saturday.

“I feel very comfortable in Miami, being from Barcelona,” he says. “I want to share my ideas with as many people as possible.”

KEEP MIAMI NEW TIMES FREE... Since we started Miami New Times, it has been defined as the free, independent voice of Miami, and we'd like to keep it that way. With local media under siege, it's more important than ever for us to rally support behind funding our local journalism. You can help by participating in our "I Support" program, allowing us to keep offering readers access to our incisive coverage of local news, food and culture with no paywalls.
Make a one-time donation today for as little as $1.
David Bennett