Where in Hell Does the Florida Gator Horror Movie Crawl Take Place? 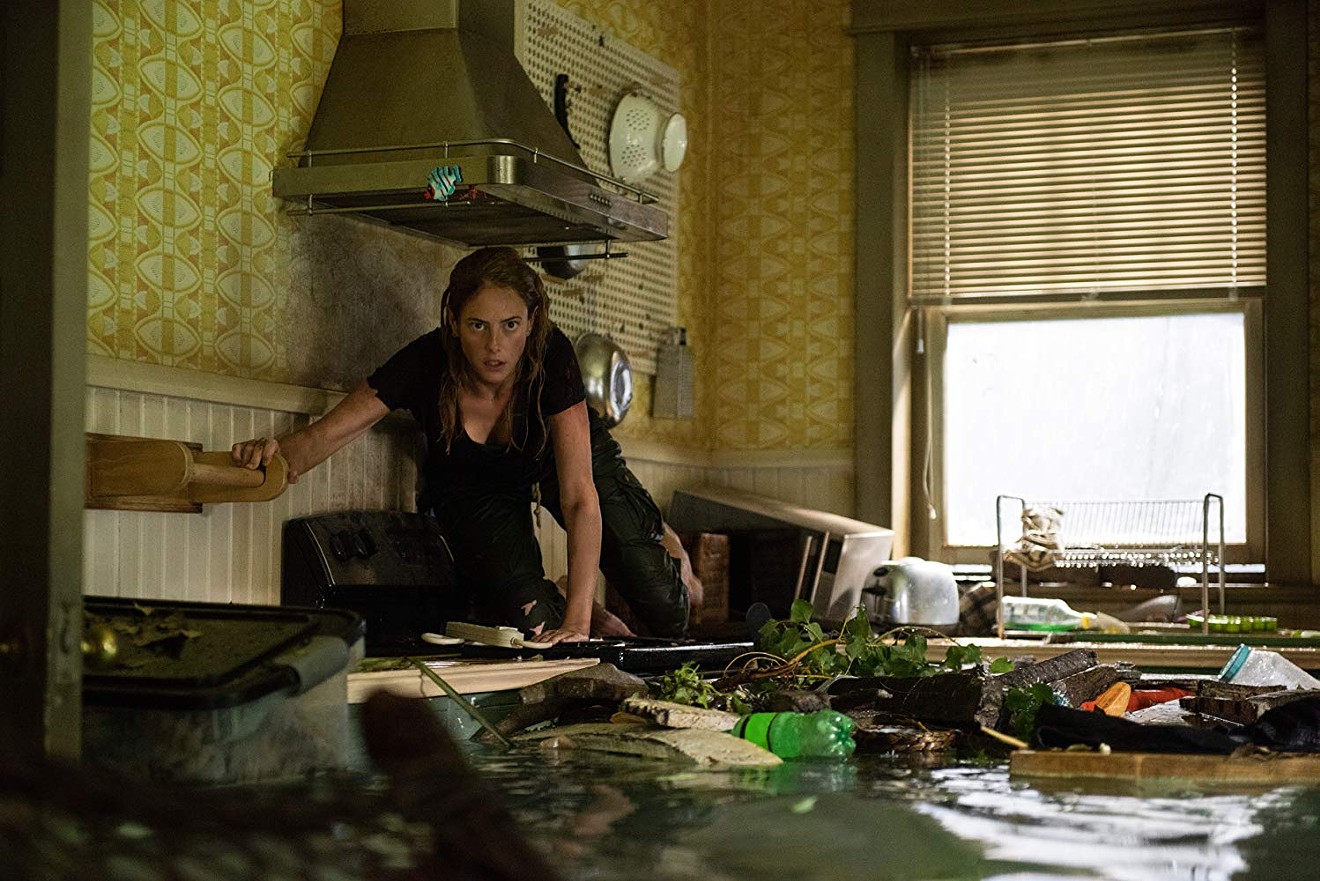 Paramount Pictures
If there are two things the Sunshine State is known for, it’s hurricanes and alligators. Yesterday morning, we were blessed with the trailer for a film that gives us both: Crawl. Produced by Sam Raimi (Drag Me to Hell, Spider-Man, Evil Dead) and directed by Alexandre Aja (High Tension, Piranha), Crawl might just give Florida the creature feature it deserves.

Taking place somewhere in Florida during a Category 5 hurricane, Aja’s latest follows a young woman being hunted by an alligator while she's trying to rescue and evacuate her father. The scenery in the trailer implies the action takes place somewhere in North or Central Florida, but about halfway through, Kaya Scodelario’s protagonist yells, “I’m trapped with my father in a house on Coral Way!”

Now hold on just a minute. Coral Way? Like, the 16.4-mile east-west road that extends from SW 157th Avenue to Brickell Avenue in Miami-Dade?

Since when do houses on Coral Way or anywhere else in South Florida look like they’re owned by people who have a Confederate gun collection in their basement? Actually, since when does any house in Miami have an expansive basement? Or any basement?

Paramount Pictures
The only houses in South Florida that look remotely like the one in the movie might be in the Redland. It’s a stretch, and certainly nowhere near Coral Way, but plausible. Still, the thought of being in a house like that during a major storm — much less a Cat 5 like last year’s devastating Hurricane Michael — is terrifying.

A studio representative could not confirm the name of the Florida town where feature is set. The film was shot out of state, which is unsurprising considering the few tax incentives for movie productions in Florida. More surprising: Crawl’s IMDb and Wikipedia listings state it was filmed in Belgrade, Serbia, which is as odd as it is fascinating.

Paramount Pictures
If Crawl does, in fact, take place in Miami, local film collective Borscht Corp is ready to welcome it with open arms. “Can't wait until it joins its rightful place alongside River of Grass and Moonlight in the canon of Miami cinema,” a spokesperson said when reached for comment about the film.

We can only hope this is the start of a Miami Monster Movie Cinematic Universe entirely produced by Sam Raimi and featuring all sorts of Florida creatures going ham on people. Seriously, Raimi, get the Meza brothers on the phone ASAP (once they’re done making Casa, of course).

Crawl is set to open in theaters July 12.
KEEP MIAMI NEW TIMES FREE... Since we started Miami New Times, it has been defined as the free, independent voice of Miami, and we'd like to keep it that way. With local media under siege, it's more important than ever for us to rally support behind funding our local journalism. You can help by participating in our "I Support" program, allowing us to keep offering readers access to our incisive coverage of local news, food and culture with no paywalls.
Make a one-time donation today for as little as $1.