Grassroots Networks Tend to Miami's Most Vulnerable During COVID-19 Pandemic 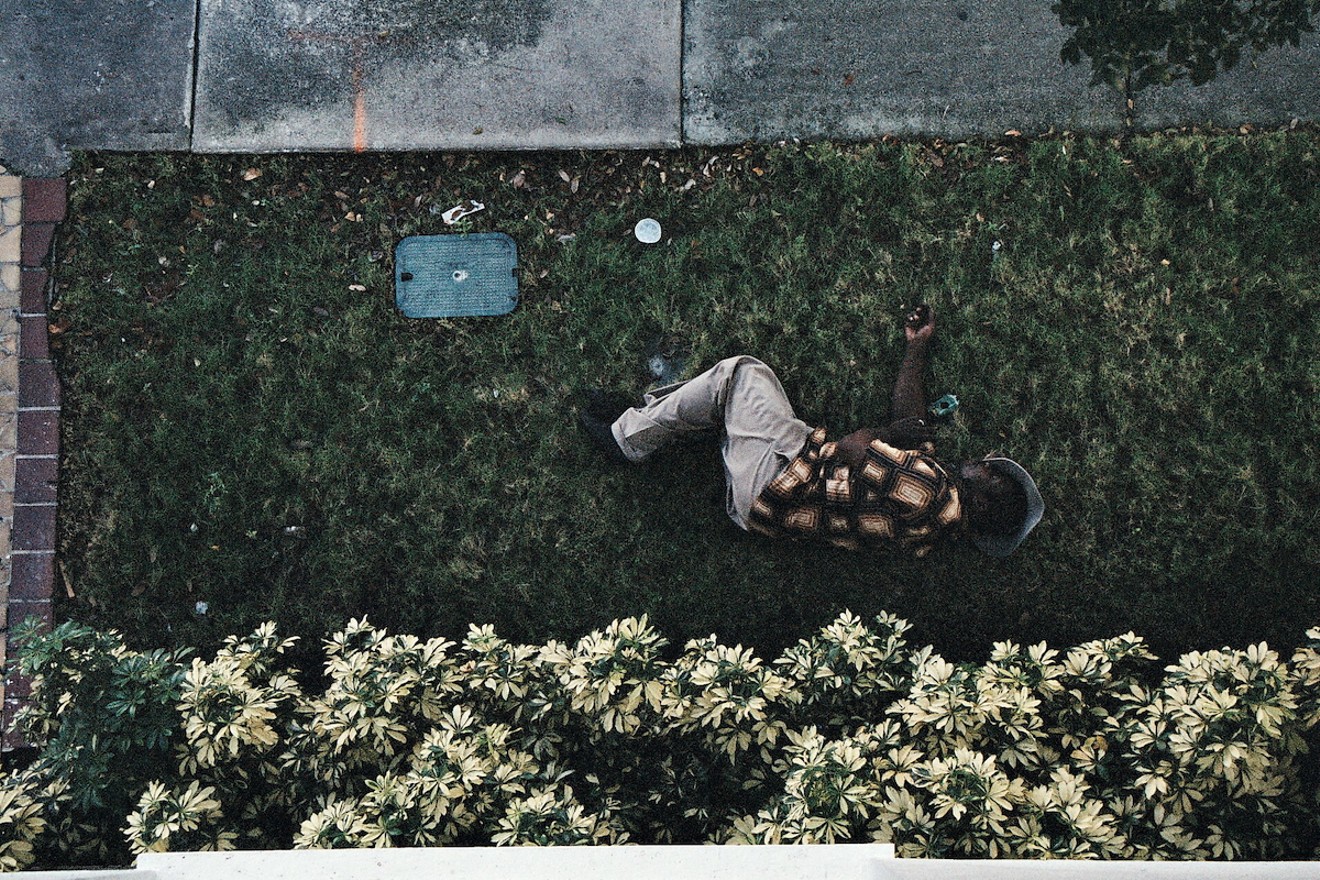 Miami's homeless communities stand to be disproportionately impacted by the COVID-19 pandemic. Photo by enmanuel / Flickr
As Landon “LJ” Woolston followed the impact COVID-19 was having on Miami — with the accompanying suggestions that everyone stay home — his concern turned to the most vulnerable members of the community. Not only was he worried about the city's homeless population, but also the already-disadvantaged groups who stood to be disproportionately impacted by the global health crisis.

Woolston set about mobilizing a public effort to meet the community's most urgent needs. This is nothing new for him: As a social worker, trans advocate, and the founder of Transpire Trainings and Consulting, Woolston has dedicated his life to meeting societal challenges with tangible solutions.

He responded to the current crisis by creating the COVID-19 South FL Mutual Aid Facebook group on Sunday, March 15. Early on, it only boasted 20 members; a little over a week later, 471 members had joined as of Monday morning.

“My concern as I started to watch this unfold — and what’s still happening in Italy as well — is really about the socioeconomic challenges that young people are facing while already living in the margins,” said Woolston. His efforts are tailored to provide support and assistance to LGBTQ+ young people, youth of color, trans youth, and anyone living in unstable housing situations, including those who might be couch surfing or homeless.

According to the Miami-Dade County Homeless Trust, of 3,560 registered homeless citizens, 2,400 are sheltered, while 1,030 reside on the streets. Recent stats from the Youth Voice Action Council of HOMY — Helping Our Miami-Dade Youth — indicate that 400 youth and young adults in the area are experiencing homelessness; of those surveyed, 44 percent identified as LGBTQ+, 65 percent are youth of color, 28 percent are pregnant or parenting, and 85 percent are unemployed.

Woolston’s goal is for the South FL Mutual Aid group to help with food, housing, healthcare, and pet care for anyone without access to basic necessities during the coronavirus crisis.

“It started with me posting, ‘I’m here if anyone needs me to pick up your groceries,’ and that got some visibility,” Woolston said. “Why can’t we coalesce and take 20 people, build out some structure and once we say OK, one of them might be the backbone of the funding of it; someone else might be the transportation arm. We really need five or six roles in the beginning, because there needs to be some delegation."

As the health scare wormed its way into Miami, Ian Welsch posted similar comments on his personal Facebook page offering to deliver groceries to anyone in need or who is immunocompromised.

Welsch, who founded the Motivational Edge — a 501(c)(3) organization that serves as a music and literacy center as well as an after-school program for at-risk youth in Allapattah — was forced to close when schools were shut down. However, he was permitted to use the space as a shelter during the day for a few of the campus' homeless youths; Welsch made sure to implement strict sanitizing standards and social distancing measures.

“So much of the lives of the kids that we work with and that we serve are unstable or so close to that point of destabilization," he shared. "We are closed for normal programming; however, we are still open at the campus for our kids in the foster care system that really need us. We are in direct contact with case managers that understand that if these kids aren't at the Edge, they’re going to be on the street.”

Although the Motivational Edge has been sheltering a few kids during the day since Monday, March 16, Welsch doesn’t know how much longer he'll be able to stay open. He and his team are currently focusing on tracking the kids in shelters to provide them with essential necessities.

“Right now we have to take into consideration what the CDC and what the local government is saying, because if they tell us that we cannot operate at the campus, we will listen to them,” Welsch said. “And then we pivot: We have to go into the group homes, we have to go into the residential facilities, and we really have to meet these kids where they are at... so, for now, the referrals are coming directly through the foster care system down here in South Florida.”

Ron Book, the chairman of the Homeless Trust, says the organization began taking preventive measures even before governmental advisories were implemented.

“We didn’t wait on anyone to give us a directive. Just under three weeks ago, we launched an education and supply effort [on COVID-19],” Book said.

“The first thing we did was spend a lot of time with our operators and their staff making sure that they were not only educated on the virus and what to do, but we set out thousands of little bottles of hand sanitizer, and packages of sanitizing wipes," he explained. "It is an ongoing thing: You can’t do it once, you can’t do it twice, you have to do it every single day until the virus scare is over."

As for procedures should a shelter-in-place order be announced, Book said the Homeless Trust will not be able to shelter all those living on the street.

“Shelter-in-place is where you live, so shelter-in-place for a homeless person would be on the street,” Book said. “Will we be working to bring people in? Yes, always. It’s part of what we do, but I don’t know about the people that are left unsheltered in our community; I don’t know that now is the time that they’re going to want to come in.”

In addition to owning two shelters operated by Chapman Partnership, the Homeless Trust assists with guidance and funding for homeless providers throughout the continuum of care in Miami-Dade County, including Camillus House, Rescue Mission, Salvation Army, and Lotus House.

With the ever-rising number of coronavirus cases in the county, the Homeless Trust is teaching those who live in shelters how to take precautions to avoid infection. However, if a person is feeling unwell, they are advised to call 911 and seek proper medical assistance.

Even as mutual aid groups and similar protective initiatives take shape across Miami-Dade, concerns remain over the efficacy of such efforts in the face of a federal government that's been criminally slow to provide support and an illness proving disturbingly resistant to containment. In the meantime, Welsch, Woolston, and folks of their ilk plan to trudge onward, tending to the organizing they would've been doing with or without a global pandemic.
KEEP MIAMI NEW TIMES FREE... Since we started Miami New Times, it has been defined as the free, independent voice of Miami, and we'd like to keep it that way. With local media under siege, it's more important than ever for us to rally support behind funding our local journalism. You can help by participating in our "I Support" program, allowing us to keep offering readers access to our incisive coverage of local news, food and culture with no paywalls.
Make a one-time donation today for as little as $1.