Slamdance, the longstanding film festival by filmmakers, for filmmakers, makes its Magic City debut on Thursday, bringing a roundup of innovative work by emerging filmmakers. The three-day Slamdance Miami will be held at the North Beach Bandshell, tapping a coalition of alumni to select 18 films from shining newcomers representing nine countries. As a part of the festivities, Slamdance will host satellite events throughout the city, including a panel discussion on Afrofuturism at the Historic Hampton House. 6 p.m. Thursday through Saturday, at the North Beach Bandshell, 7275 Collins Ave., Miami Beach; 305-672-5202; slamdance.com. Tickets cost $15 to $90 via northbeachbandshell.com. Olivia McAuley

"They're using me to get invited to gay Halloween so they can meet hot girls!" Jenna Maroney once proclaimed on an episode of 30 Rock. Well, no need to suck up to anyone this year, because SAVE is back with its annual Halloween Ball at R House on Friday. This year's theme is "Under the Big Top," so keep that in mind if you plan to enter the costume contest at the witching hour. There'll be DJs and drag to keep the party going all night. Catch DJs Mike Trotter and Cesar HernandZ, plus drag performances by Athena Dion, TP Lords, Tiffany Fantasia, Fantasia Royale Gaga, Juicy, and Morphine Love. 9 p.m. Friday, at R House, 2727 NW Second Ave., Miami; 305-576-0201; rhousewynwood.com. Tickets cost $85 to $150 via eventbrite.com. Ashley-Anna Aboreden

German duo Andhim get behind the decks at Le Rouge for the Wynwood nightclub's Down the Rabbit Hole Halloween party. Since 2010, the Cologne natives have been pumping out tunes that run the gamut from house to techno. The pair recently dropped two releases via its Superfriends Records imprint — the Toy Toy EP and a 12-inch for the track "Never Let You Go." And Andhim recently collaborated with Diplo and Elderbrook on the deep-house single "One by One." Friday's show will begin with a set from Fiin before the Germans take over. 10 p.m. Friday, at Le Rouge, 318 NW 23rd St., Miami; 786-973-5159; lerougemiami.com. Tickets cost $20 to $125 via eventbrite.com. Jose D. Duran

Spooky season is for everyone — including our favorite four-legged friends. Head to Pinecrest Gardens for Howl-O-Ween, an event hosted by Paws4You wherein dogs dress up and get to experience their own Halloween. There'll be live entertainment, a costume concert, tricks and treats, an agility course, and a Kids' Zone. 11 a.m. Saturday, at Pinecrest Gardens, 11000 Red Rd., Pinecrest; 305-669-6990; pinecrestgardens.org. Tickets cost $8 via eventbrite.com. Ashley-Anna Aboreden

Every Halloween, HalloWyn takes over Wynwood for the biggest block party of the spooky holiday. Presented by Swarm, the event features DJs, cocktails, a costume contest, and photo booths. Best thing of all, it's free — and if you RSVP in advance, you can get a free drink from noon to 9 p.m. The party takes place on Saturday and Sunday, so make sure you have a costume change if you plan to attend both days. Noon to 3 a.m. Saturday and Sunday, at Wynwood Marketplace, 2250 NW Second Ave., Miami; hallowynblockparty.com. Admission is free with RSVP via eventbrite.com. Jose D. Duran

Tripping Animals Brewing Co. and Better Me Movement team up on Saturday to give festive patrons something to scream about. Night of the Tripping Dead will mark the launch of the brewery's new sour brew and will feature a maze of all-too-real terrors, including reminders of the increasing number of global environmental catastrophes. DJ Kumi will keep things mystical from behind the decks in the taproom, while patrons can enjoy a live performance by Erasmo Andres Padilla on the patio. Noon Saturday, at Tripping Animals Brewing Co., 2685 NW 105th Ave., Doral; 305-646-1339; trippinganimals.com. Admission is free with an RSVP via eventbrite.com. Olivia McAuley

Having released his stellar sophomore effort, Nurture, earlier this year, Porter Robinson is on tour to support the album. He lands at the Fillmore Miami Beach on Saturday for an event that promises to be a feast for his fanbase. If you've caught any of Robinson's livestreams, you'll know he's moved out from behind the decks to sit at a piano, a further departure from his EDM roots. It's been a smart move for the 29-year-old, with Nurture winning critical acclaim from Pitchfork, NME, and Entertainment Weekly. Opening the show will be Bengali-American producer Jai Wolf. 8 p.m. Saturday, October 30, at the Fillmore Miami Beach; 1700 Washington Ave., Miami Beach; 305-673-7300; fillmoremb.com. Tickets cost $49.50 to $60 via livenation.com. Jose D. Duran 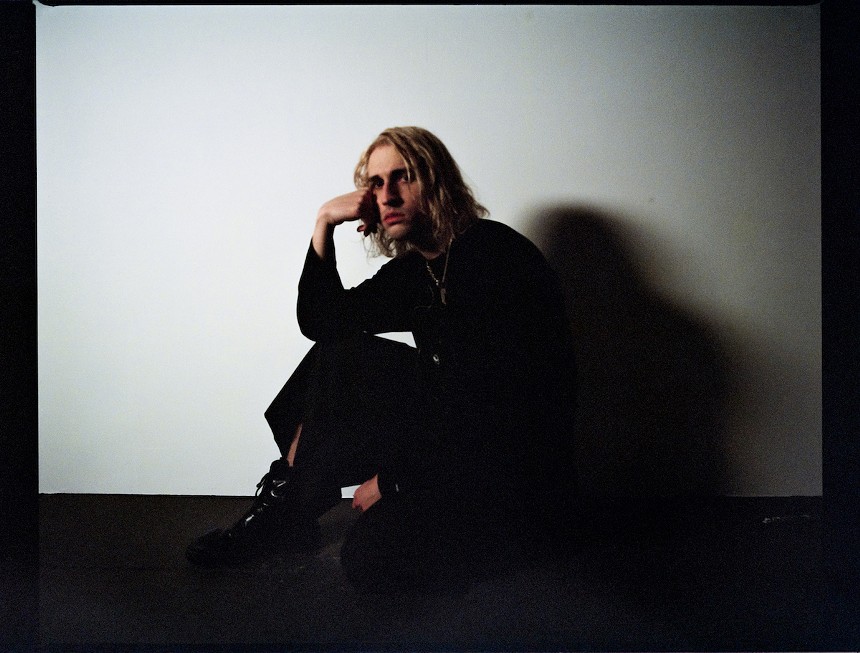 For decades, Halloween revelers have flocked to Lincoln Road to show off their elaborate costumes. On Sunday, Halloween on Lincoln Road returns with kid-friendly activities from 5 to 7 p.m. and grown-up stuff starting at 7 p.m. Even if you don't plan on dressing up, grab a seat at any of the restaurants along the strip and marvel at the creativity (and gore) on display. For the kids, businesses occupying the outdoor mall will hand out candy. 5 p.m. Sunday, on Lincoln Road Mall between Washington Avenue and Alton Road. Admission is free. Jose D. Duran

Is it Halloween without O Cinema's annual screening of The Rocky Horror Picture Show? This year, dress up, sing along, and do the Time Warp again at the North Beach Bandshell to start your evening of mischief off in fitting fashion. Drag performer TP Lords will serve as mistress of ceremonies and will also host the Freak Show Fashion Contest, in which all guests are encouraged to take part for a chance to win a free O Cinema membership. 7 p.m. Sunday, at the North Beach Bandshell, 7275 Collins Ave., Miami Beach; 305-672-5202; northbeachbandshell.com. Tickets cost $25. Olivia McAuley

If cocktails, fortunetellers, and freak shows sound like your perfect Halloween, head over to the Clevelander on Ocean Drive for the Carnevil Freak Show. On top of all the spooky entertainment, you can dance the night away with DJ GQ and Chris Cruz from Y100. Like every spooky party, there'll be a costume contest — but here the winner scores a free two-night stay at the hotel. 7 p.m. Sunday, at the Clevelander South Beach, 1020 Ocean Dr., Miami Beach; Tickets cost $15 via eventbrite.com. Ashley-Anna Aboreden

Italian fashion photographer Paolo Roversi has had an enviable career. The 74-year-old has shot for publications like Vogue, Vanity Fair, and Interview and created campaigns for Comme des Garçons, Dior, Yves Saint Laurent, and Valentino. On Monday, stop by Poliform's showroom in the Design District to check out "Time, Light, Space," featuring photos from Roversi's book of the same name, on display through November 6. "While his daily bread is fashion, his distinctive signature has always been his extraordinary ability to capture the very soul of his subjects, whether animate or inanimate," a statement about the exhibition says. 10 a.m. to 6 p.m. Monday through November 6, at Poliform, 4100 NE Second Ave., #101-102, Miami; 305-573-9950; poliform.it. Admission is free. Ashley-Anna Aboreden

Celebrate a somewhat misunderstood Mexican tradition at the 12th-annual Florida Day of the Dead Celebration. The Mexhika Stage at Huizenga Plaza will be the site of indigenous dance and music by the danza groups Tloke Nuake and Mesoamerican Danza. "Our mission is to produce a signature event for all ages that maintains and respects the cultural integrity of international Dia de los Muertos traditions," founder Jim Hammond says in a statement about the event. There'll also be a skeleton processional featuring 25 giant puppets, followed by a party at Revolution Live and Backyard with traditional Mexican and Latin American dance and music, local artisans, food trucks, and street performers. 4 to 10 p.m. at Revolution Live, 100 SW Third Ave., Fort Lauderdale; jointherevolution.net. Admission is free. Ashley-Anna Aboreden

Discover what South Florida's plant-based food and wine scene has to offer at this year's Seed Food & Wine Festival at venues across the Magic City. The five-day event includes tastes and sips from some of the nation's most sought-after vegan chefs, not to mention cooking demonstrations, craft beer and spirits tastings, a burger battle, fitness and wellness classes, and educational workshops and panels including vegan nutritionist Dr. Michael Klapper and filmmaker Joe Cross (Fat, Sick and Nearly Dead). Wednesday through Sunday, at various locations; seedfoodandwine.com. Tickets cost $25 to $135. Olivia McAuley