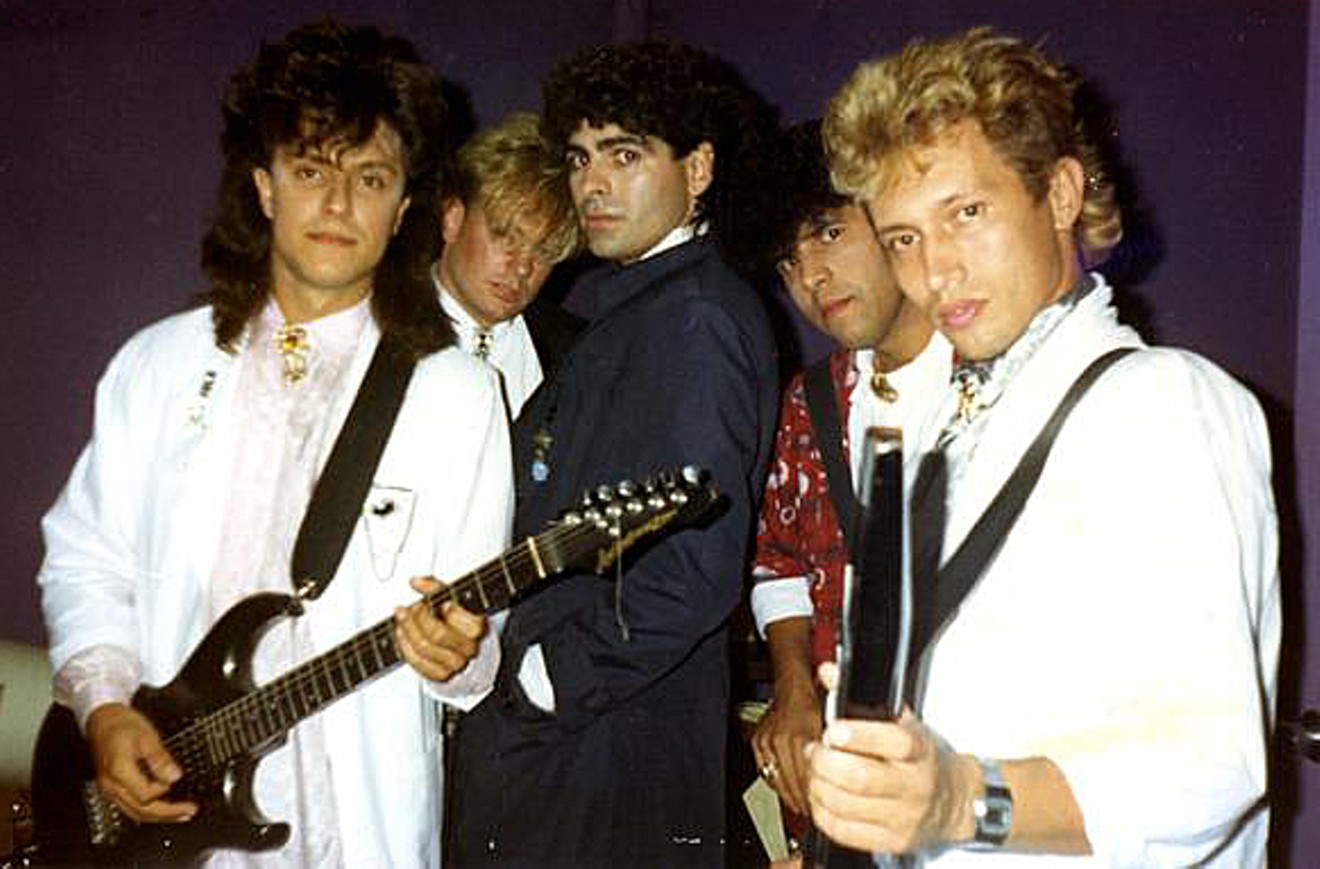 It didn't take long for Erotic Exotic to find success as a freestyle act. The group toured as the original backing band for Exposé and was soon signed to Atlantic Records, making the Top 50 Billboard dance charts on hits such as “Take Me as I Am” and “I Can Give You What You Need” that were an inescapable soundtrack at any roller rink. "We were the freestyle pioneers of the early '80s. No one else was using synthesizers. We were real musicians when most freestyle acts were producer-driven, where they would pick three girls to sing and then would switch them around. A lot of the freestyle acts were interchangeable, but we wrote our own music and paid for our own recordings. Our music had rock and guitar influences. They wanted to take out our electric guitars, and we said, 'That's not us.'"

The bandmates' formula worked. Their commercial peak, Aguiló says, was from 1986 to 1988. "We were touring the U.S. and South America. We were sponsored by Pepsi, and in Chile were in a Pepsi commercial with Michael Jackson and Rod Stewart."

But as anyone who has studied music history knows, an act's popularity doesn't always mean riches. "We make more money now through playing three songs at freestyle events than we did touring," Aguiló says, claiming the band's manager at the time took more than his fair share of their earnings. In those days, he says, Erotic Exotic was dependent on the loyal Miami freestyle scene to make ends meet. "There were so many dance clubs in Miami. We'd play three shows in one night. We'd play at 11 in Kendall, then at 1 a.m. in Hialeah, and we'd go play another club at 3 a.m."

Those good times didn't last. In 1994, original singer Eric Tallman passed away, and the band took a decade-long hiatus. Then, in 2004, nostalgia for freestyle blossomed. "We started getting offered thousands of dollars," Aguiló says. The current lineup of Aguiló, original member Al Perez, guitarist Saul A. Alvarez, bassist Joe Delaffaille, drummer Kevin Klingenschmid, and keyboardist Zeus Rivero does fans proud, Aguiló says. And they still get a lot of love from DJs they influenced. "Your newspaper listed us as one of the best 13 freestyle acts a few years ago. A lot of EDM acts tell us we influenced them. DJ Stryke tells us he loved us."

In other words, it will be '80s songs by people who really lived the '80s.