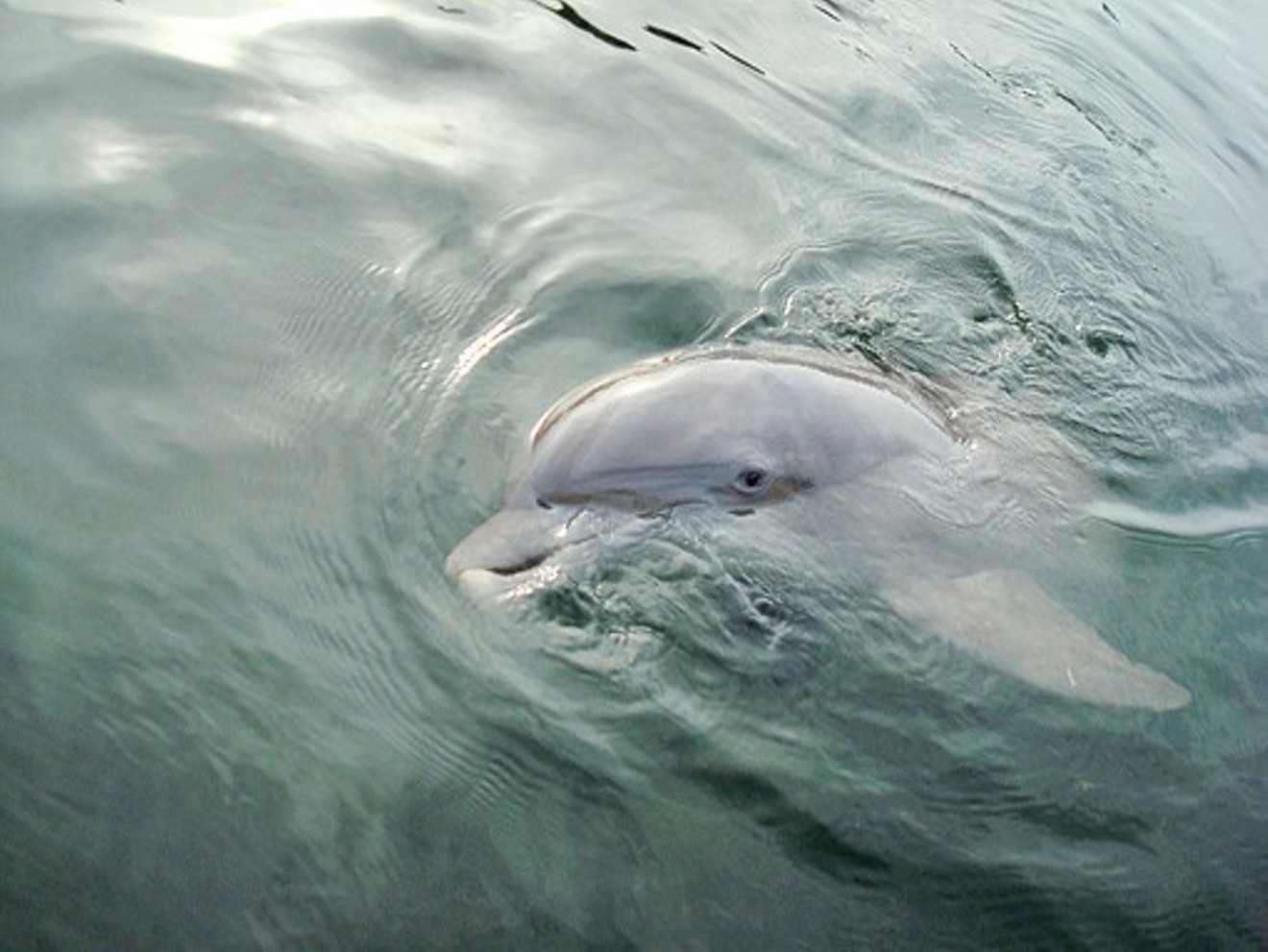 Photo by Jacob Katel
While thousands of people made the mad dash out of Florida as Hurricane Irma approached, a few animals in captivity were left out in the open to brave the storm.

During Irma, which battered South Florida September 10, seven of Miami Seaquarium's Nile crocodiles — one of nature's toughest animals — were killed. Now newly released information from Ceta-Base, an organization that records the acquisition and deaths of marine mammals in captivity, reveals that a couple of the park's marine mammals were also among the casualties.

In the hurricane's aftermath, 31-year-old Noel and his 14-year-old daughter, Rioux, two bottlenose dolphins, died, according to records acquired by Ceta-Base. The dolphins' names and information about their deaths appear on a spreadsheet logging marine mammals in captivity across the nation, compiled by Marine Mammal Inventory Report/National Marine Fisheries.

Dolphins in the wild have been known to swim to deeper, safer waters before a storm unleashes its chaos. Animal-care experts say that Rioux and Noel were not able to seek shelter while in captivity and that the Seaquarium didn't do enough ensure the animals' survival during the storm.

Miami Seaquarium says the animals' deaths were unrelated to Irma. In a statement to New Times, the park asserts:


Miami Seaquarium is saddened by the passing of two Atlantic bottlenose dolphins in the month of September. The passing of the two dolphins was not caused or related to Hurricane Irma.

Rio, a 14-year old female Atlantic bottlenose dolphin, passed away due to bronchial pneumonia as a result of a respiratory infection. She had been battling an infection and receiving treatment for more than ten days. Noel, a 31-year old male Atlantic bottlenose dolphin, suddenly passed away due to a systemic infection as a result of an anaphylactic reaction. A post-mortem necropsy revealed the likely cause to be a sting from an inhaled bee. Both dolphins had been born at the park and were part of the Miami Seaquarium family. They will be fondly missed and always remembered.

But marine-mammal experts say the timing is suspicious and point out that dolphins in the wild rarely suffer bee stings, making Noel's death a result of his captivity.

"Being at the mercy of severe storms and hurricanes, with only poorly thought-out contingency and emergency plans to protect them, is just one more reason why whales and dolphins shouldn’t be in captivity in the first place," says Dr. Naomi Rose, a marine-mammal scientist at the Animal Welfare Institute in Washington, D.C.

The Seaquarium had previously said nothing publicly about the dolphins' deaths. Only the crocodiles' deaths were confirmed by the marine park, as reported in the Miami Herald. Their demise was attributed to the "handling, transport, and relocation" of the animals to another onsite enclosure, according to Seaquarium authorities.

Animal advocates have said these conditions were brought on by Hurricane Irma. Because both Rioux and Noel died from infections, Rose says it is "highly plausible" that contaminated, dirty water caused by the storm or exacerbated by it contributed to their deaths.

Wendy King, a local animal-rights activist who regularly attends anti-captivity protests in front the Seaquarium, alleges the facility is unsafe for its animals during hurricanes. "Parts of their enclosure could fall on them, the pump system could lose power, employees could lose access to the park and [the animals] could starve," she says. "In the wild, none of these are factors because they can fend for themselves naturally."

Storms have historically been dangerous for animals at the Seaquarium. During Hurricane Andrew, five of the park's sea lions were burned alive after making contact with errant electrical wires. Additionally, several of the park's sharks were killed after the storm wreaked havoc on their enclosure's pumping system.

Other local animal exhibitors, such as the Frost Museum of Science, lost no animals during Irma.

So are the deaths the result of the marine park not being in a physical condition to endure Category 3 hurricanes, which are common in Florida? Or did the park's staffers, who are employed by Palace Entertainment, have an inadequate plan to address potential threats to the animals? Or is it just the result of particularly harsh weather?