How to Celebrate Chinese Lunar New Year in Miami 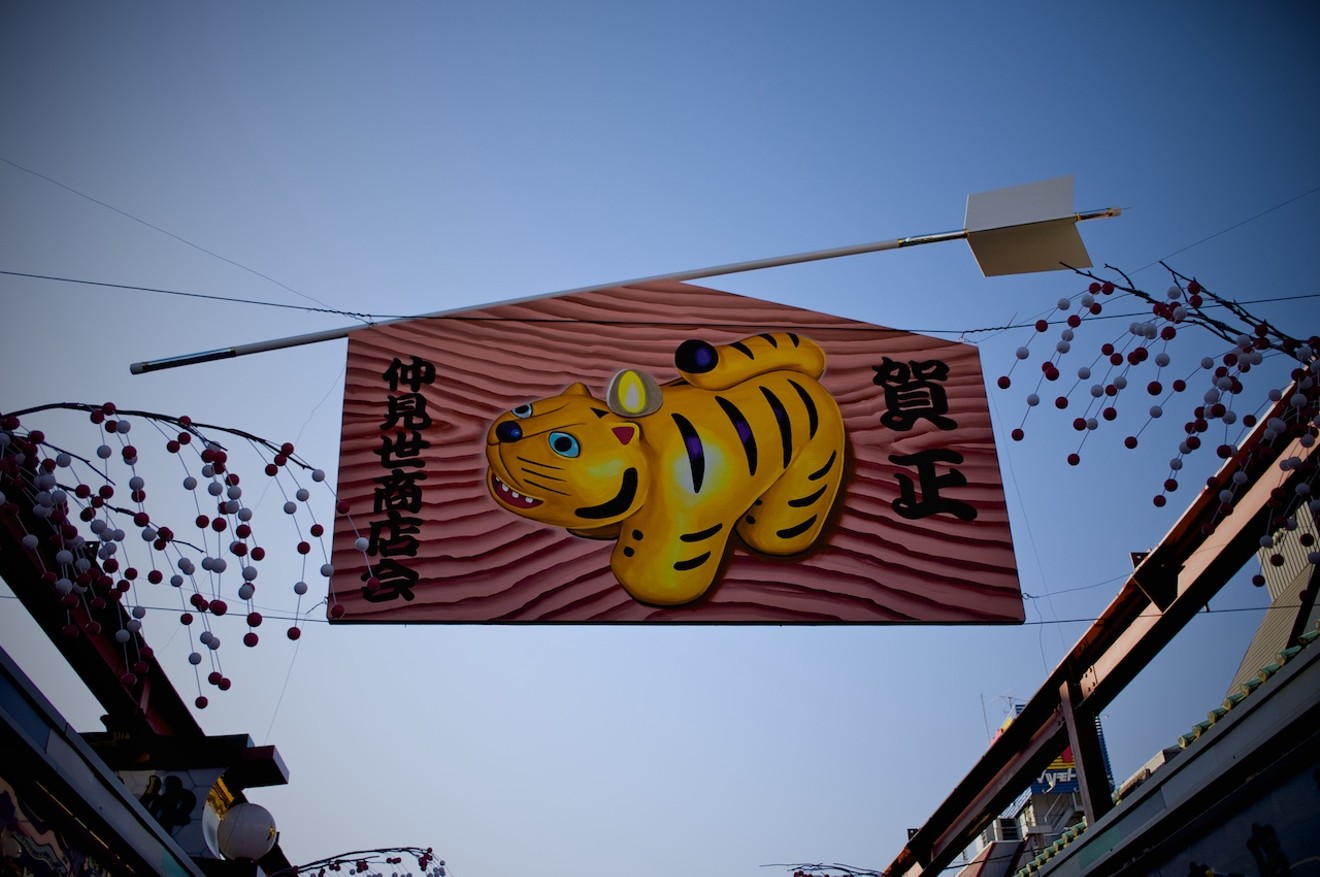 Happy Lunar New Year! Photo by DaraKero_F via Flickr
The Chinese New Year — also known as the Lunar New Year or Spring Festival — is among the most important festivals in China and many East Asian countries.

For many, the festival is more than just a celebration of the start of a new year on the traditional lunisolar Chinese calendar. For South Floridians of Chinese heritage like Wok Star founder and chef Eleanor Hoh, it's also a time to honor ancestors, feast with family members, and celebrate new beginnings.

While regional customs and traditions vary widely from region to region, they all celebrate the same theme: seeing out the old year and welcoming the luck and prosperity of the new one, says Hoh, who is well known in Miami for her cooking classes and Wok Star Supper Club events.

This year, the Chinese New Year falls on Tuesday, February 1, beginning a Year of the Tiger according to the Chinese zodiac. In China, celebrations run from January 31 through February 6.

Hoh shared some New Year traditions that can be universally celebrated.

Many people give red envelopes or packets to friends and family. Though they're traditionally given to unmarried people and children, over the years Hoh says it's become customary to also give them to those you wish to honor. "I've given them to people who assist in my classes with a tiny wooden Buddha, or anyone deserving of the gift of prosperity," she says. "It's a very important symbol because it connotes wealth, good luck, and money."

Hoh also advises to never sweep on New Year's Day — or do any housework whatsoever — because it sweeps all the good luck away.

Finally, it's traditional to wear red and gold, the colors of prosperity and good luck. And, because it's the year of the tiger, anything tiger-themed, Hoh adds, is also appropriate.

For those looking to celebrate the Chinese New Year in South Florida, Eleanor Hoh is behind Coconut Grove's first-ever Chinese New Year celebration. In December, the "Wok Star" was recruited by Cynthia Seymour, executive director for the Coconut Grove Business Improvement District, to help coordinate the event.

"Cynthia really gave me the freedom to craft a unique and meaningful celebration that could resonate with a number of cultures, which is in line with my philosophy about cooking — to not be tethered to one recipe or one way of doing things, but to make a dish the best you can with the ingredients you have and a little creativity."

As such, Hoh says her inspiration for Coconut Grove's celebration was to stray from the traditional celebration to create an inclusive event that anyone can appreciate. Commodore Plaza will be filled with Chinese New Year decorations and lush foliage, candle-lit lanterns, and more.

As part of her multicultural approach, Hoh chose to feature several live musical performances that represent the countries of the participating restaurants, from Chinese and Thai to Japan and India. They include a Taiwanese violinist, Japanese shinobue and shamisen duo, a Cuban artist playing an Indian sitar, and a Thai dancer.

And, of course, there's food. Buns from Duck 'N Sum, one of the restaurants participating in this year's Coconut Grove Chinese New Year celebration.
Photo courtesy of Duck 'N Sum
"I was very excited to help shine a light on the dining element of this celebration. I have such wonderful memories of my mother, who would cook one of everything for Chinese New Year," Hoh tells New Times. "She would have two round tables, both completely covered with everything from whole roast duck, chicken, and pork to all the traditional foods."

For this event, attendees are invited to visit seven different Coconut Grove restaurants that represent the many flavors of Asia. They include Duck ‘N Sum, a new restaurant where owners Ray and Anna Kasprzak have curated a menu of Chinese-inspired dishes; Minty Z, Atchana’s Homegrown Thai, Sushi Garage, Bombay Darbar, Saffron At Grove, and Varsol by Akashi.

Food can be enjoyed at the restaurants or taken to the lantern garden on Fuller Street, where picnic tables will be set up.

Attendees will also receive their own piece of good fortune in the form of red packets — some of which will contain discounts or gift certificates for local Coconut Grove businesses. The event lasts from 6 to 9 p.m. on Saturday, February 5, along Fuller Street in Coconut Grove. Admission is free and RSVPs are encouraged through Eventbrite.

Miamians looking to celebrate on Tuesday, February 1, can kick off the year of the tiger with the traditional lion dance at Hakkasan (4441 Collins Ave., at the Fontainebleau Miami Beach) as dancers make their way from the hotel's iconic Bleau Bar to the restaurant at 7 p.m.

From Friday, January 28 through Sunday, February 6, the restaurant will also offer a limited-edition menu created by chef de cuisine Jian Loo. The prix-fixe menu is priced at $138 per person (excluding tax and gratuity) for parties of two or more, which consists of a series of traditional dishes to bring prosperity and luck: an appetizer of salmon crudo, followed by stir-fry Wagyu beef and bone marrow, and dessert.
KEEP MIAMI NEW TIMES FREE... Since we started Miami New Times, it has been defined as the free, independent voice of Miami, and we'd like to keep it that way. With local media under siege, it's more important than ever for us to rally support behind funding our local journalism. You can help by participating in our "I Support" program, allowing us to keep offering readers access to our incisive coverage of local news, food and culture with no paywalls.
Make a one-time donation today for as little as $1.