Unbranded Brewing in Hialeah Will Give Away Hand Sanitizer 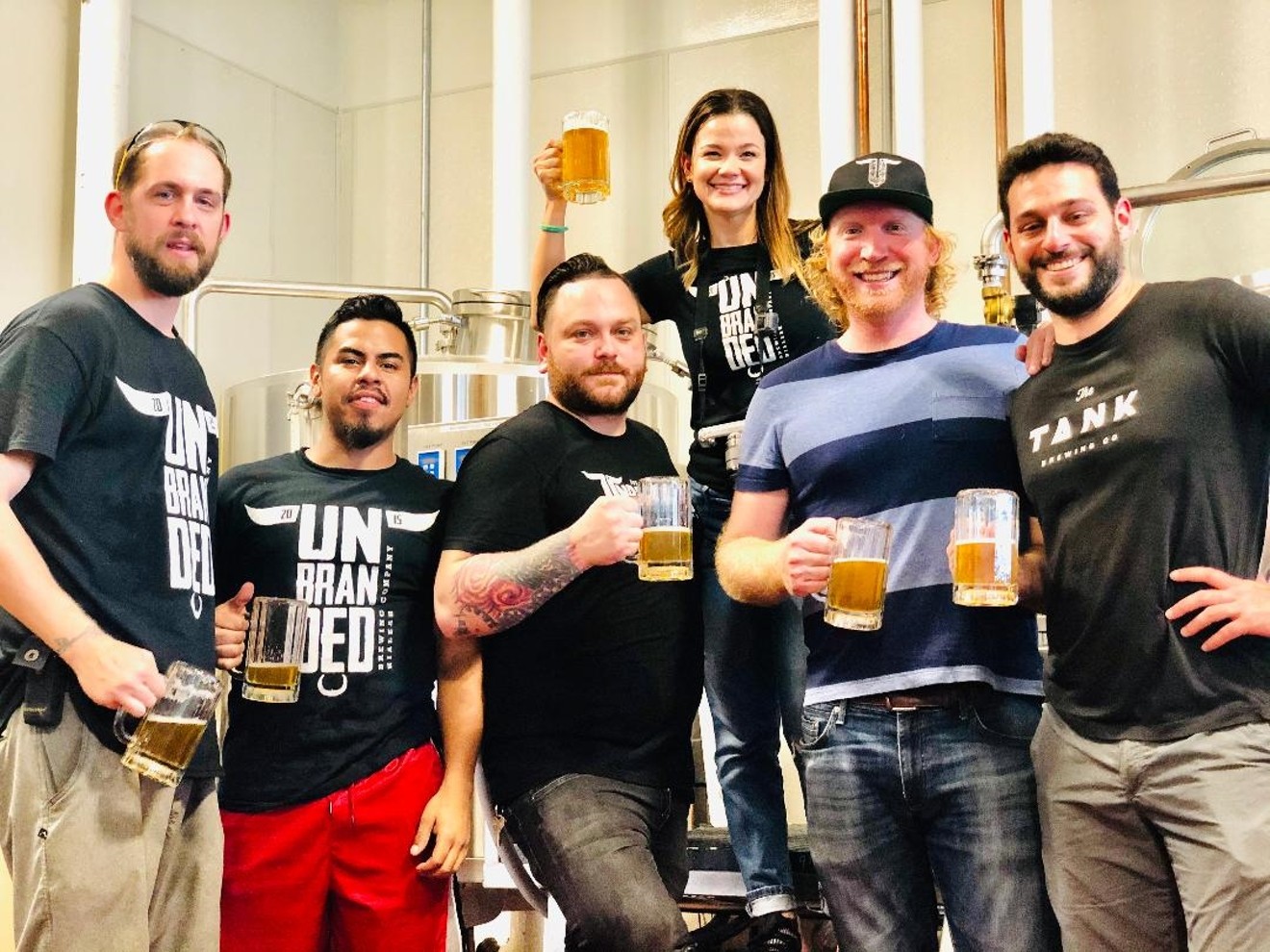 Unbranded's team is set to distribute free hand sanitizer to Hialeah residents this Friday. Photo courtesy of Unbranded Brewing Company
What's a brewery to do when it has a drum full of isopropyl alcohol yet the coronavirus pandemic has brought business to a near-halt?

Unbranded Brewing Company in Hialeah is using its supply of alcohol to make about a thousand bottles of hand sanitizer for locals.

"It's only a small thing, but it's what we can do for now," brewer and founding partner Lance Aschliman says.

Brewery employees, volunteers, and Hialeah council member Jesus Tundidor will work a drive-thru distribution center Friday, April 3, from 2 to 4 p.m. — or until supplies run out — at Unbranded, located at 1395 E. 11th Ave. They'll be wearing masks and gloves and limiting contact with visitors. The hand sanitizer will be packaged in Unbranded's 12-ounce glass bottles.

"We want to limit it to one bottle per vehicle and make sure there's enough for everyone who needs it," Tundidor says.

To make the hand sanitizer, Aschliman says, the brewers are using 99.7 percent alcohol and secondary ingredients such as hydrogen peroxide, a thickening agent, and jasmine-scented extract.

"We're adding some fragrance so it's not so overwhelmingly medicinal and alcoholic," he says.

The U.S. Food and Drug Administration recently issued guidance on the temporary manufacture of alcohol-based hand sanitizer to address shortages. Breweries and distilleries in Florida and across the nation are using their supplies to donate hand sanitizer to the public, first responders, and hospitals. Marijuana dispensaries are doing the same.

Bacardi Limited — a maker of rum, tequila, and vodka, which we could all use right now — has shifted production of its spirits at eight distilleries across the globe to concentrate on making 267,000 gallons of hand sanitizer. The Bacardi Bottling Corporation in Jacksonville will produce 120,000 25-ounce bottles to donate to area hospitals, fire stations, and police departments.

Aschliman says Unbranded would like its hand sanitizer distribution to be an ongoing thing, but for now, it might be a one-time deal.

"We're working on securing ingredients to continue making it, but it's really difficult," he says. "Our isopropyl alcohol supplier already said they won't be able to supply us anymore. There are crazy shortages."

Unbranded, Hialeah's first craft brewery, celebrated its grand opening this past February 22 and was in full swing for less than a month before the City of Hialeah began ordering some businesses to close. Aschliman says Unbranded is offering beer pickup and delivery like other craft breweries in Miami-Dade.

"More than anything, we feel bad for all the staff who've been working so hard to get this place open," he says. "About half the staff at the front of the house now can't get hours. It's tough for everybody, but we understand we have to get things under control before we ramp things back up."

Unbranded Brewing Company. 1395 E. 11th Ave., Hialeah; 786-332-3097; unbrandedbrewing.com.
KEEP MIAMI NEW TIMES FREE... Since we started Miami New Times, it has been defined as the free, independent voice of Miami, and we'd like to keep it that way. With local media under siege, it's more important than ever for us to rally support behind funding our local journalism. You can help by participating in our "I Support" program, allowing us to keep offering readers access to our incisive coverage of local news, food and culture with no paywalls.
Make a one-time donation today for as little as $1.