See photos from the SOBEWFF 2020 Grand Tasting Village here. Photo by FujifilmGirl
The 2020 South Beach Wine & Food Festival is now a blurry memory of extra pours of wine, decadent bites, and fun on the sand.

After five days of eating and drinking, it's time to gulp plenty of water and look back on the most memorable moments.

From a soulful evening of gospel music to a beautifully deceptive dessert, here are the most intriguing moments of this year's South Beach Wine & Food Festival. 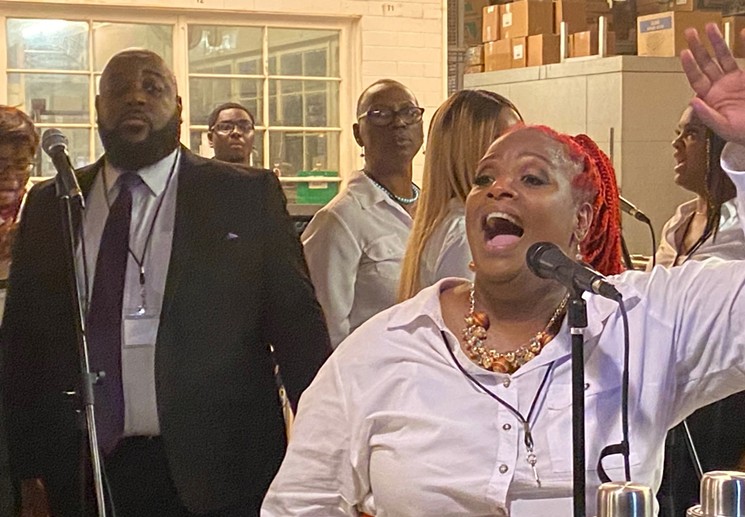 Last Thursday night, the streets of Wynwood filled with the soulful sounds of the gospel choir Sovereign Ministries at Zak the Baker’s Gospel & Falafel. The party, an intimate gathering at Zak Stern's bakery, included food from Brad Kilgore (Alter), Val Chang (Itame), and cookbook author Adeena Sussman, as well as Bar Lab cocktails. The highlights were the performance from the choir, which had guests swaying to the uplifting music, and the intimate setting that gave the event an indie vibe. 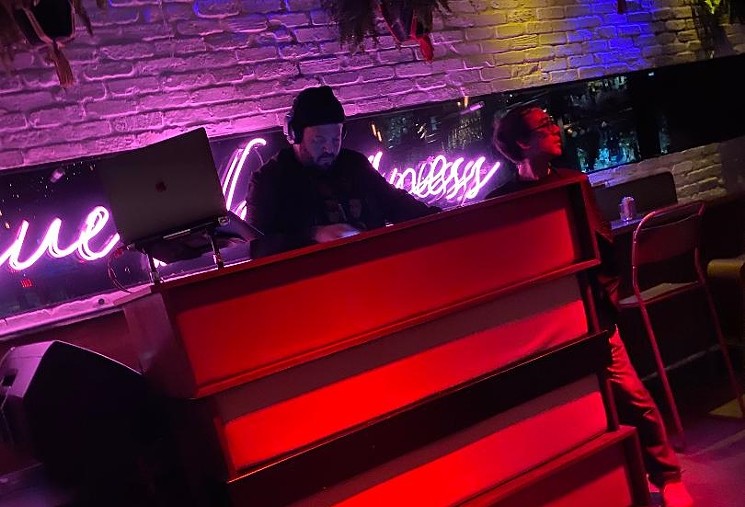 Adam Richman is best known for taking on plates of food on his Travel Channel classic, Man vs. Food. In the wee hours of Monday, however, Richman tackled the Sweet Liberty DJ booth. From midnight to 2 a.m., Richman closed out the South Beach Wine & Food Festival with a DJ set spinning everything from Lizzo to the Beastie Boys.

It's not a tomato.
Photo by Jen Karetnick

The festival was filled with wonderful eats by some of the world's best chefs, such as an item that looked like a tomato. It was served at the Taste of Atlantis Dinner, hosted by Angelo Elia and Atlantis Paradise Island at Casa D'Angelo Aventura. The foodstuff was actually strawberry mousse with tomato marmalade and champagne granita, making for a visually striking and texturally appealing dessert.

At Friday evening's Burger Bash, Food Network celebrity Alex Guarnaschelli campaigned for her restaurant, Butter, all evening. The Chopped judge and executive chef of the New York City restaurant jumped up and down while hungry guests dropped coins into her restaurant's ballot box. Guarnaschelli even cleaned and polished the ballot box and posed for selfies with fans. Her hard work paid off when Butter won the coveted Heineken Light People's Choice Award for the restaurant's bone marrow burger.

Food Network's Amanda Freitag, along with chef Julian Garriga, hosted a lunch at Seawell Fish & Oyster and dished on a variety of topics. It turns out Freitag has become enamored with automatic dishwashers after moving into an apartment that finally boasts one (most New York City apartments don't come equipped with the kitchen appliance). Freitag also shared her love of Miami's mangoes. However, the tropical fruit isn't enough to woo her to move to the Magic City: The chef said traffic in Miami is even worse than in New York.
KEEP MIAMI NEW TIMES FREE... Since we started Miami New Times, it has been defined as the free, independent voice of Miami, and we'd like to keep it that way. With local media under siege, it's more important than ever for us to rally support behind funding our local journalism. You can help by participating in our "I Support" program, allowing us to keep offering readers access to our incisive coverage of local news, food and culture with no paywalls.
Make a one-time donation today for as little as $1.