SOBEWFF 2018: The Seven Best Moments From the Festival

It's time to take a few aspirin and down plenty of water to rehydrate after five days of eating, drinking, and merrymaking.

Each year, the festival hosts a plethora of parties that serve savory bites and adult beverages. There's one more thing the fest dishes up: plenty of gossip from chefs who hint at opening new eateries and chat with fans.

Here are the juiciest tidbits heard at the festival. Who needs wine when celebrity chefs are eager to spill the tea? 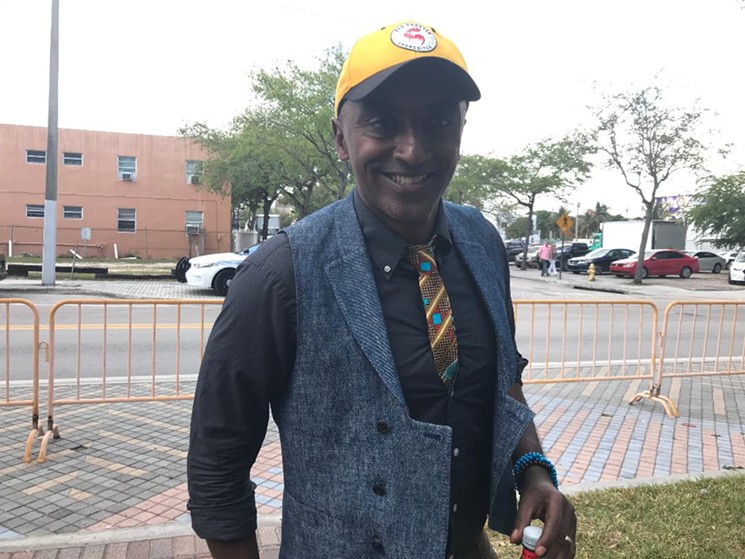 Photo by Laine Doss
1. Marcus Samuelsson is opening an Overtown restaurant. After years of speculation, Marcus Samuelsson has confirmed he will open a restaurant in Overtown. Though the name and opening date of the restaurant have yet to be announced, the eatery will be located at  920 NW Second Ave. in Overtown, where Art Africa Miami resides. Miami Commissioner Keon Hardemon thanked Samuelsson for the project at the SOBEWFF Harlem to Overtown brunch, saying the chef was a part of a robust resurgence of Overtown as a major cultural hub of the Miami.

Photo by Laine Doss
2. Rick Bayless does not plan to open a restaurant in Miami. Nearly two years ago, the Magic City got word that Rick Bayless would open a restaurant called Bay O in downtown. The chef/owner of Frontera Grill and several others in the Chicago area hosted SOBEWFF's Tacos After Dark. Asked about the opening date of the Miami eatery, Bayless said there was nothing in the works. Looks like local fans of his culinary skills can only hope he takes over 27 Restaurant & Bar again.

Photo by Laine Doss
3. Alex Guarnaschelli's audience gets political. At the chef's culinary demonstration at Sunday's Grand Tasting Village, the Chopped judge fielded questions while whipping up meringue cookies. The chef chatted with the audience while talking about topics ranging from how to get kids excited about food to what to do when you cut yourself in the kitchen (Band-Aids and vodka). The tone got icy when someone asked what she would cook for Trump if she were invited to the White House. The chef responded, "Who said I would go?" to rousing applause before telling the questioner to have a seat. A moment later, someone asked the same question about Obama. The chef said that for her, it's not about politics; it's about making the best food you can. Guarnachelli then said that maybe having political discourse after day-drinking on the beach maybe wasn't prudent before changing the subject deftly about Jonesing for some tequila.