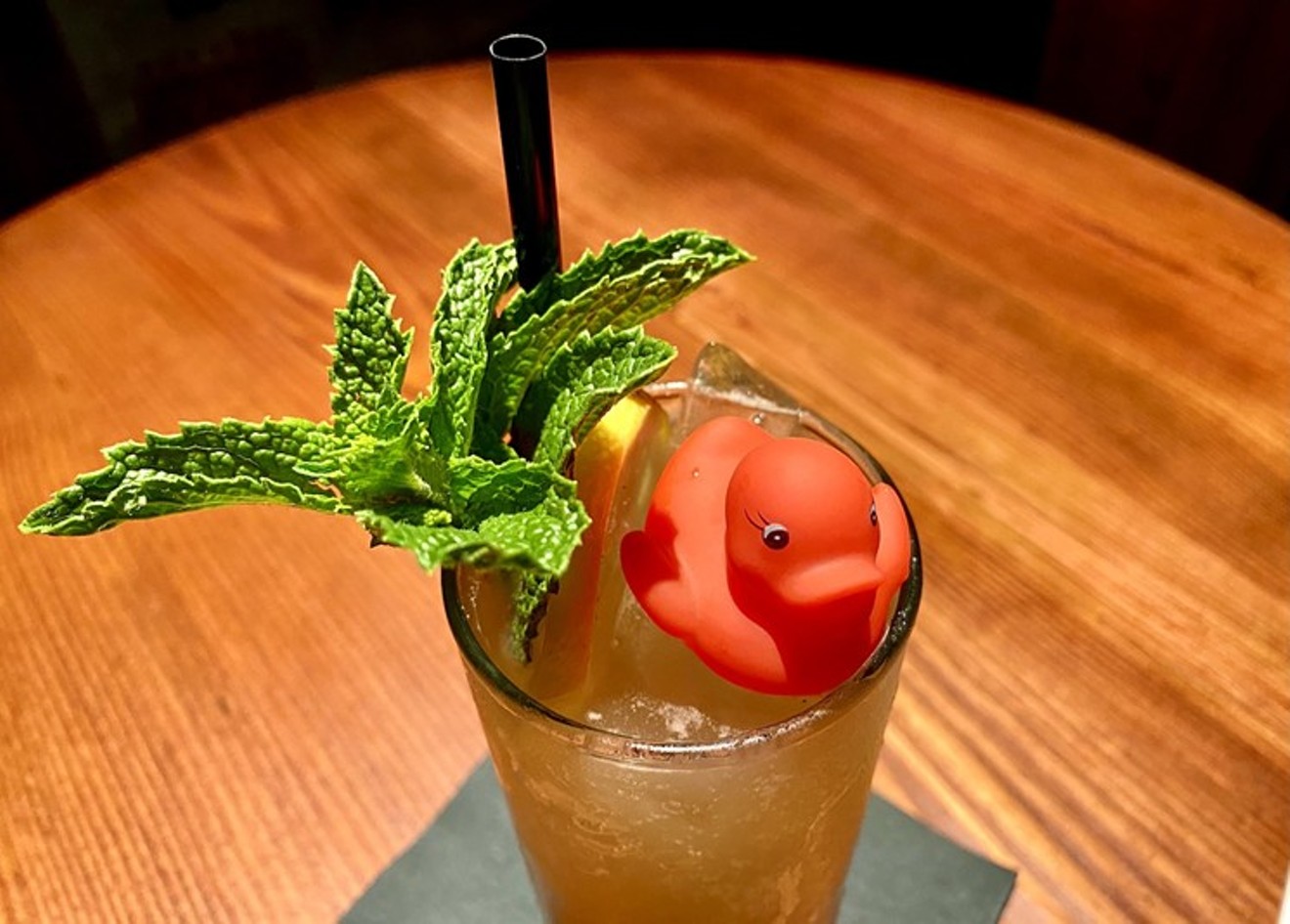 The collaboration is called "Finding MiMo," a play on both the animated Pixar film and the area, which takes its name from the many examples of "Miami Modern" architecture found along that strip.

Beginning this Wednesday, May 5, visitors to participating venues who say the catchphrase “Where’s Dory” to a server will receive one special, off-the-menu, complimentary cocktail. No purchase is necessary and guests can partake as many times as they like (though tipping is customary and appreciated). This promotion has no end date and will run until further notice, with new restaurants being added from time to time. Each restaurant has different operating hours. Participating restaurants include:

Additionally, guests who post photos on Instagram with the hashtag #findingmimo and tag all six bars and restaurants will be entered into a weekly drawing to win $100 in MiMo Dining Dollars ($20 to use at each eatery).

“People can make a nice little crawl out of it if they want to,” Ani Meinhold tells New Times.

A co-owner at Phuc Yea, Meinhold spearheaded the project. "MiMo is a quaint, casual little neighborhood and people should experience its diversity," she says. "The vibe is not over-the-top or pretentious. Businesses are owned by locals and eateries offer more than meets the eye. People don’t even realize how many hidden gems there are in the area."

MiMo - short for Miami Modern — stands apart from other neighborhoods with a locals-only vibe and its postwar, midcentury-modern architecture. The area is home to a slew of independently owned restaurants, shops, and boutiques, along with midcentury hotels and retro-style buildings that are gradually being restored.

“I first set up shop here with another restaurant, the Federal, in 2012 and I've seen the evolution," Meinhold says. "Professional couples are moving here and enriching the area and there are more and more quality-driven businesses opening."

Besides the "Finding MiMo" participating venues, the MiMo Biscayne Boulevard Historic District is home to other restaurants of note, including Ironside Kitchen, NiDo Caffe, Doggi’s Arepa Bar and Boia De — all of which Meinhold hopes to pull into the collaboration. “We didn’t reach out to them for the initial program because not everyone has a liquor license,” she explains.

“This neighborhood is what Miami is, heartbeat and soul. We want to encourage people to find the beauty in the place,” he says. "There’s no BID (Business Improvement District) in the neighborhood, so we have to take the initiative ourselves."

Kuscher's newest outpost, Café Kush, occupies the space that housed one of the area’s pioneering restaurants, Kris Wessel's Red Light, in the Selina Miami Gold Dust, which reopened in October. Built in 1957 across from the old Playboy Club, the Gold Dust occupied the epicenter of what used to be considered the motel capital of Florida.

In its heyday in the 1960s, the Rat Pack could be spotted in the neighborhood. But the neon sheen faded, replaced by a red-light reputation wherein gone-to-seed motels charged by the hour. Eventually, developers saw the area's potential, with spots like the Vagabond and the New Yorker undergoing extensive renovations and reopening as boutique hotels.

"I've been in Miami for 20 years and MiMo was my first introduction to the city," Kuscher tells New Times. "Back then it was a good place to get a cheese-and-steak sandwich, Woody’s was here, along with hole-in-the wall restaurants that had character to them. People are moving here now because it’s a cool place to be, there’s good energy, and good food.”

“What’s better than going for a night out and having one drink at five different places?” Kuschner posits. “Plus, at each one, you feel like you are discovering a place not everyone knows, but they should. Venues here are not cookie-cutter, they portray Miami in a different way. There's smoke and mirrors involved. If Tarantino were to make movies in Miami, MiMo would be the perfect location for them.”

Finding MiMo. Begins Wednesday, May 5 at participating MiMo restaurants.
KEEP MIAMI NEW TIMES FREE... Since we started Miami New Times, it has been defined as the free, independent voice of Miami, and we'd like to keep it that way. With local media under siege, it's more important than ever for us to rally support behind funding our local journalism. You can help by participating in our "I Support" program, allowing us to keep offering readers access to our incisive coverage of local news, food and culture with no paywalls.
Make a one-time donation today for as little as $1.
Juliana Accioly
Contact: Juliana Accioly