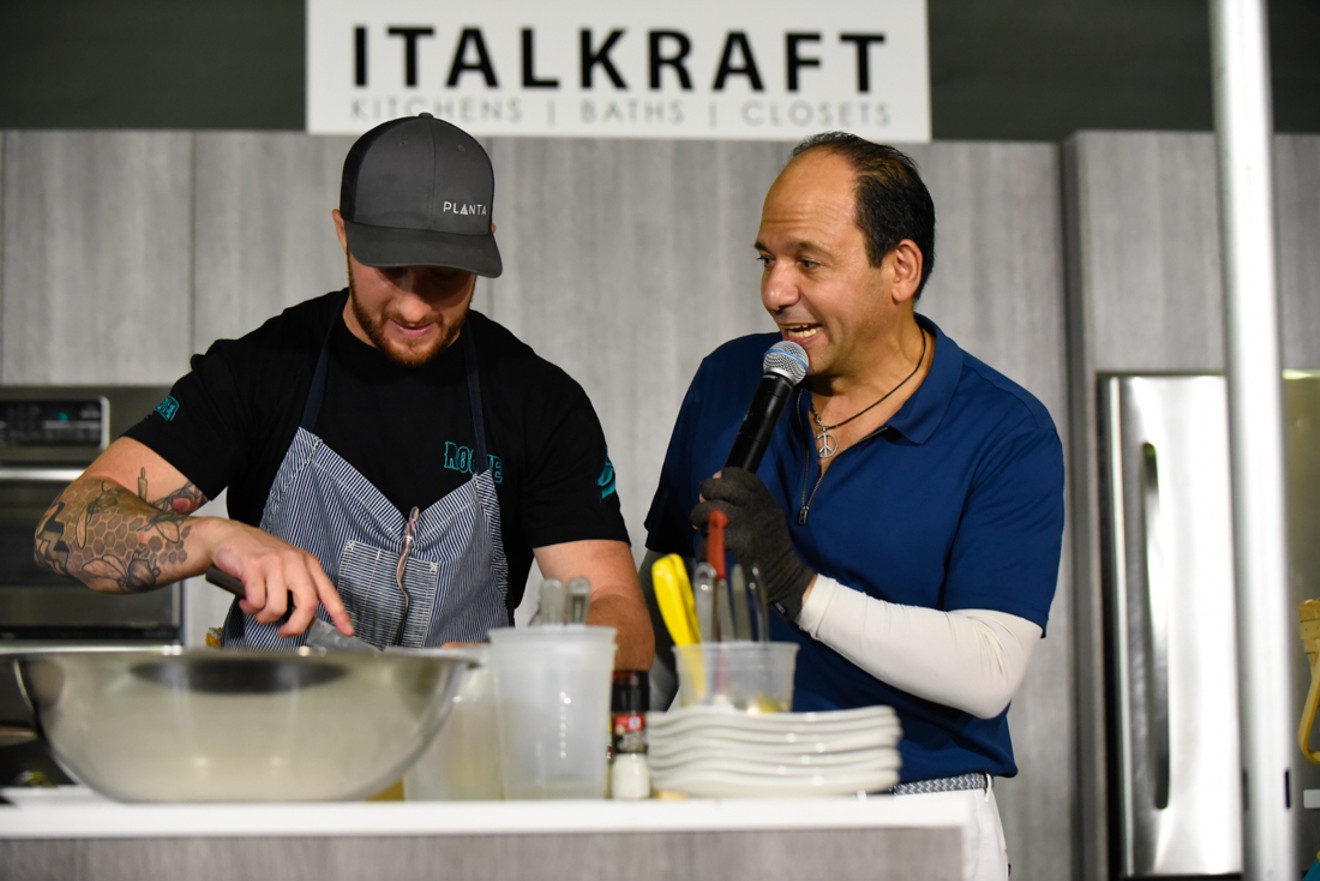 As promised, it was a great battle at the Hyatt Regency Miami last evening when two of Miami's most talented chefs competed at Miami New Times' Iron Fork.

Benjamin Goldman of Planta and Jorge Ramos of Barley: An American Brasserie were the two culinary gladiators. This year, the showdown had a twist: Goldman would create plant-based dishes, and Ramos would prepare plates using animal-based protein. Naked Taco's Ralph Pagano was the MC, providing color commentary during the competition. 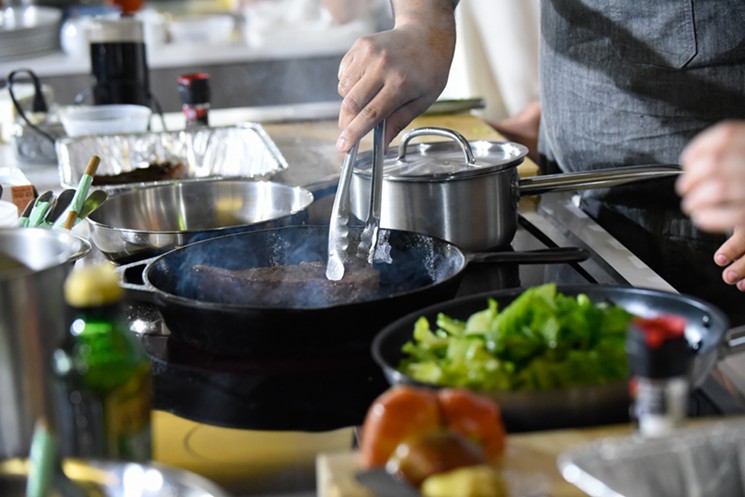 See more photos from Iron Fork 2018 here.
Photo by Michele Eve Sandberg
Veggies proved to be the most delicious to the judges, who awarded Goldman the top prize. Backstage, the chef, surrounded by family, said it felt good to snag the win for the vegan community. "I proved some people wrong," he quipped.

Goldman said his cooking and the food at Planta have opened the plant-based world to mainstream diners. "Anything you can do with meat, we can do. It's a bit of an underground revolution." 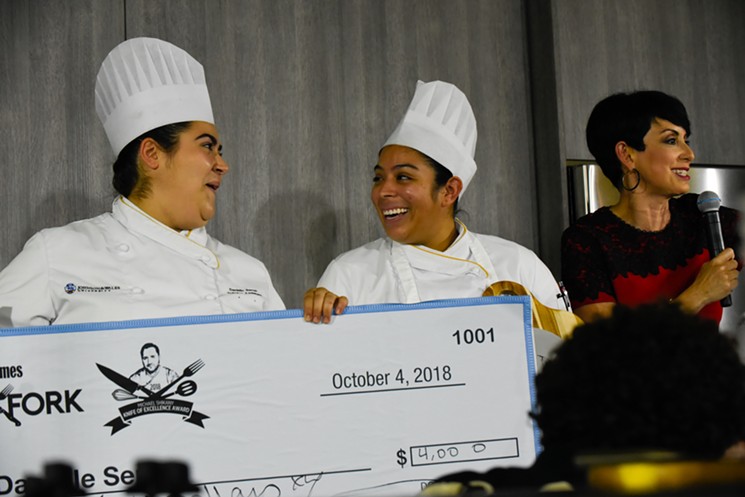 See more photos from Iron Fork 2018 here.
Photo by Michele Eve Sandberg
Danielle Serret won the JWU Student Showdown in a close race against Ariel "Chico" Pallares. The contest was hosted by WSVN's Belkys Nerey. Serret will receive a $4,000 scholarship in memory of one of Miami's most innovative chefs, Michael Shikany. Pallares will take away $1,500 in scholarship funds.
KEEP MIAMI NEW TIMES FREE... Since we started Miami New Times, it has been defined as the free, independent voice of Miami, and we'd like to keep it that way. With local media under siege, it's more important than ever for us to rally support behind funding our local journalism. You can help by participating in our "I Support" program, allowing us to keep offering readers access to our incisive coverage of local news, food and culture with no paywalls.
Make a one-time donation today for as little as $1.