Michael's Genuine Will "Pause" for a Refresh This Summer 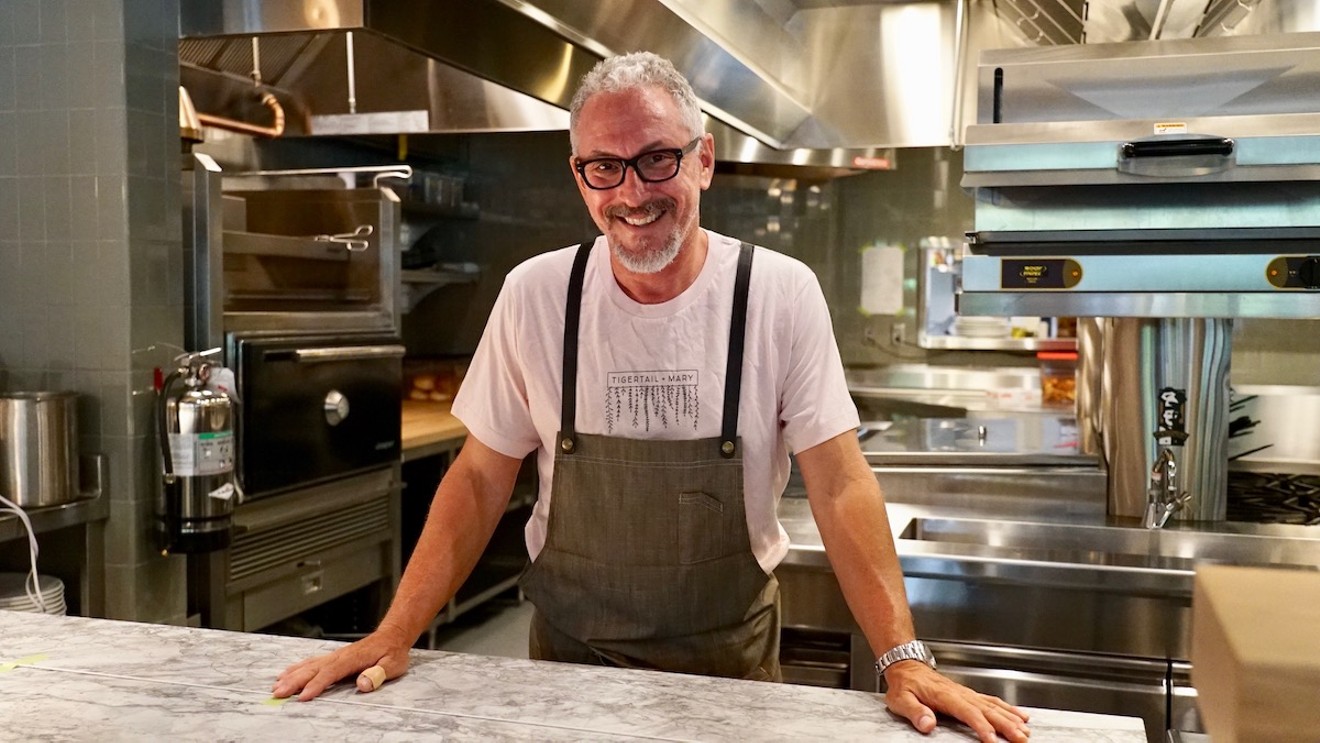 Chef Michael Schwartz is refreshing his landmark Design District restaurant. Photo courtesy of Genuine Hospitality
Fourteen years ago, Miami's Design District was little more than an idea. Long before Prada and Louis Vuitton opened their doors, the area was home mainly to interior-design firms — and a few restaurants.

One of the pioneers was chef Michael Schwartz, who opened Michael's Genuine Food & Drink, an indoor/outdoor bistro that served straightforward dishes that came from a tiny kitchen with a wood-burning oven.

Schwartz's less-is-more approach earned him a James Beard Award in 2010 for Best Chef: South, catapulting the chef and his tiny restaurant to national fame. The coveted honor also made Michael's Genuine one of Miami's true destination restaurants, drawing diners from around the globe to taste Schwartz's dishes and indulge in chef Hedy Goldsmith's desserts. (Goldsmith left in 2015 and now leads the kitchen at Verde at the PAMM.)

One might go so far as to say Schwartz's eponymous bistro provided the catalyst for the neighborhood's success. Is there even a Design District without Michael's Genuine?

A handful of Miami restaurants live past even the half-decade mark, but Michael's Genuine Food & Drink remains relevant after more twice that timespan.

That said, for more than ten years, the look of the restaurant has hardly changed.

Schwartz tells New Times that the restaurant's service will "pause" on June 28 for what he calls a "refresh and enhancement," then resume service on September 2. The chef says the renovation had been planned for last year but was put on hold during the pandemic.

The restaurateur says he'll redo — and modestly enlarge — the small open kitchen to give the staff a bit more elbow room to work in. The wood-burning oven will be moved front and center. A larger pantry and prep area will allow his team to be more creative.

"We can really create and better larder based on seasons," Schwartz explains. "In tomato season, we can put up tomato jams and in strawberry season we can do the same. This allows us to lock in and prolong the various growing seasons."

Schwartz hastens to add that the restaurant's culinary DNA will not change.

"We're not gonna all of a sudden plate a dish with tweezers. I don't even own any tweezers," he says. Rather, a  bigger pantry will allow the chefs to delve deeper when they create recipes and cook them. "We'll simply have a better toolkit to focus on a single ingredient, hopefully making a dish more interesting in the process."

The changes, says Schwartz, were overdue. "After 14 years, it was going to fall apart any minute."

Besides the kitchen, the restaurant's outdoor patio will be leveled off and the indoor/outdoor aspect will be enhanced. (The retractable roof over the patio area will stay. "That roof was a game-changer, " Schwartz says, noting the frequency of Miami's sudden rainstorms.)

With summer on the horizon, Schwartz says he might take a few quick trips, but his focus is on the renovation and on opening an outpost of Harry's Pizzeria on Miami Beach. "I'm mostly focused on curating the little details that go into making a place special. This is what I'm committed to this year."

On that score, Schwartz is well aware that after 14 years, some who've grown attached to his restaurant might not want to see anything change.

"Every decision we make is going to be respectful to what Michael's Genuine is," he promises. "I'm highly sensitive to the fact that people are going to look at what we're doing here. We're keeping the spirit and the aesthetic and the feel of Michael's Genuine alive."

Miamians still have two whole months to enjoy the old Michael's before the renovations commence.

Michael's Genuine Food & Drink. 130 NE 40th St., Miami; 305-573-5550; michaelsgenuine.com.
KEEP MIAMI NEW TIMES FREE... Since we started Miami New Times, it has been defined as the free, independent voice of Miami, and we'd like to keep it that way. With local media under siege, it's more important than ever for us to rally support behind funding our local journalism. You can help by participating in our "I Support" program, allowing us to keep offering readers access to our incisive coverage of local news, food and culture with no paywalls.
Make a one-time donation today for as little as $1.