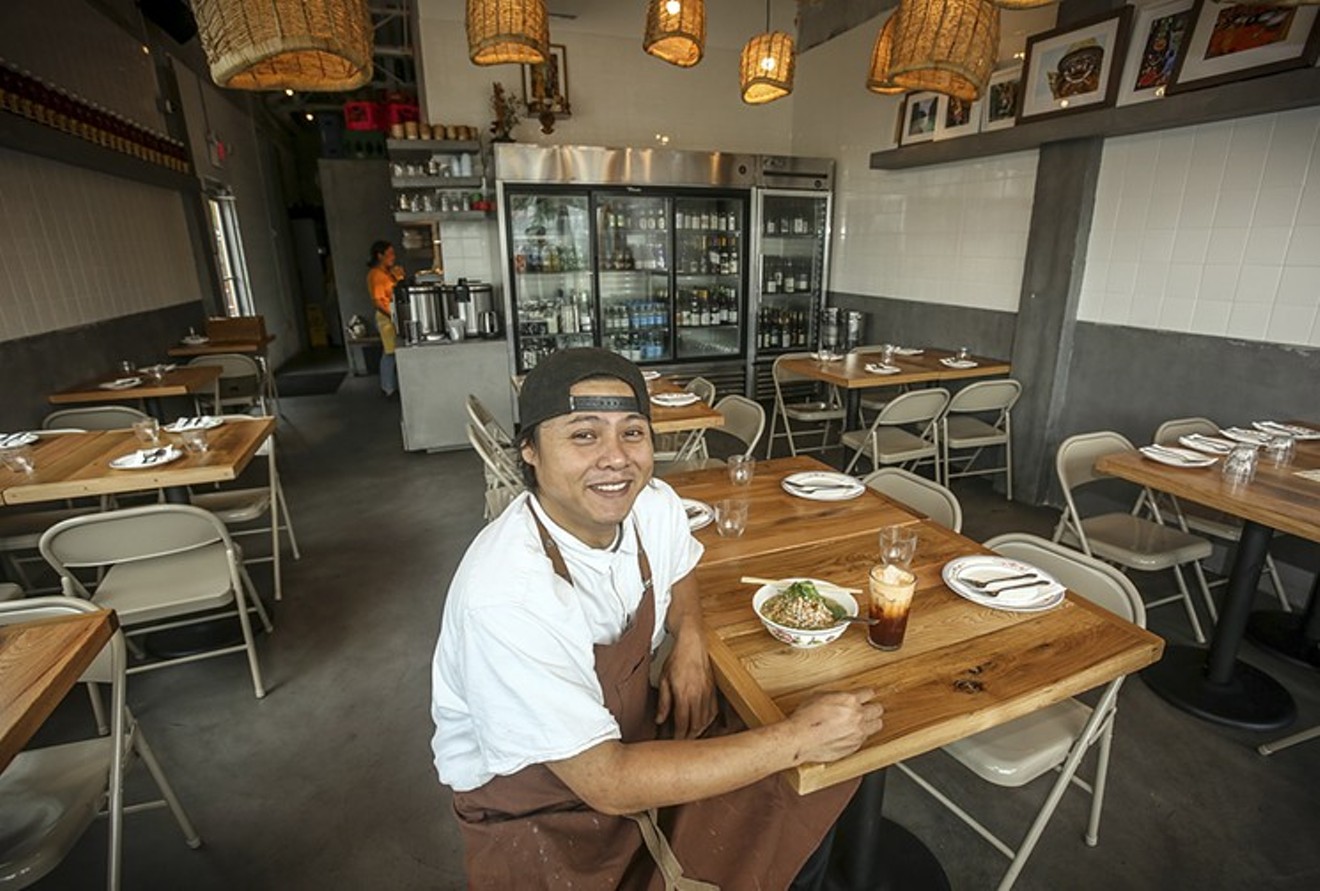 The small space could hardly be called a restaurant. More like a takeout joint wedged between a few seedy storefronts, the unassuming shop quickly grew popular with Miami's culinary community, whose members would sneak away from their own kitchens for chili crab and drunken noodles cooked by chef Phuket Thongsodchaveondee, who simply (and mercifully) went by the moniker "Cake".

Cake, who worked at Makoto in Bal Harbour, learned the art of Thai cooking from his father, who once owned a hotel in Phuket Province. While most Miami Thai restaurants serve pedestrian pad Thai and lemongrass chicken, Cake Thai's menu offered curried duck and octopus. The menu changed with what was available fresh, though there was one constant: No substitutions were allowed. The young chef asked only one thing of his patrons: that they allow him to lead the way in their culinary journeys.

Word quickly spread about the restaurant and what had been an industry secret became an overnight success story for the young chef. New Times named Cake Thai "Best Thai Restaurant" in its 2015 Best of Miami issue, and it claimed a spot on our inaugural list of Miami's 100 Best Restaurants in 2020.

Cake opened other iterations of Cake Thai Kitchen — a location in Wynwood, a stall at 1-800-Lucky, a spot at Lincoln Eatery, and an Isakaya in Midtown. But none of them could replicate the magic that transpired in that tiny kitchen on Biscayne Boulevard.

Not even a kitchen run with love and talent stands a chance in these unprecedented times. Phuket "Cake" Thongsodchaveondee posted on Cake Thai's Instagram page that his beloved eatery will close on Sunday, August 23.

Cake tells New Times that COVID-19 was a factor in his decision to close the restaurant. The chef's immediate plans are to return to Thailand, where he intends to conduct classes at food shows. Some, he hopes, might be broadcast worldwide.

The chef also plans on furthering his knowledge of Thai cooking with the long-term goal of bringing new dishes and techniques back to Miami. "Hopefully when I come back I can cook Thai food that I want, " Cake said.

Fans of Cake Thai Kitchen still have a few days to benefit from the talented chef's finesse in balancing the hundreds of ingredients it takes to master Thai cuisine.

The only upside in Cake Thai's closing is that a talent like Thongsodchaveondee will surely pop up again somewhere in Miami.

Let's all hope it happens sooner rather than later.
KEEP MIAMI NEW TIMES FREE... Since we started Miami New Times, it has been defined as the free, independent voice of Miami, and we'd like to keep it that way. With local media under siege, it's more important than ever for us to rally support behind funding our local journalism. You can help by participating in our "I Support" program, allowing us to keep offering readers access to our incisive coverage of local news, food and culture with no paywalls.
Make a one-time donation today for as little as $1.