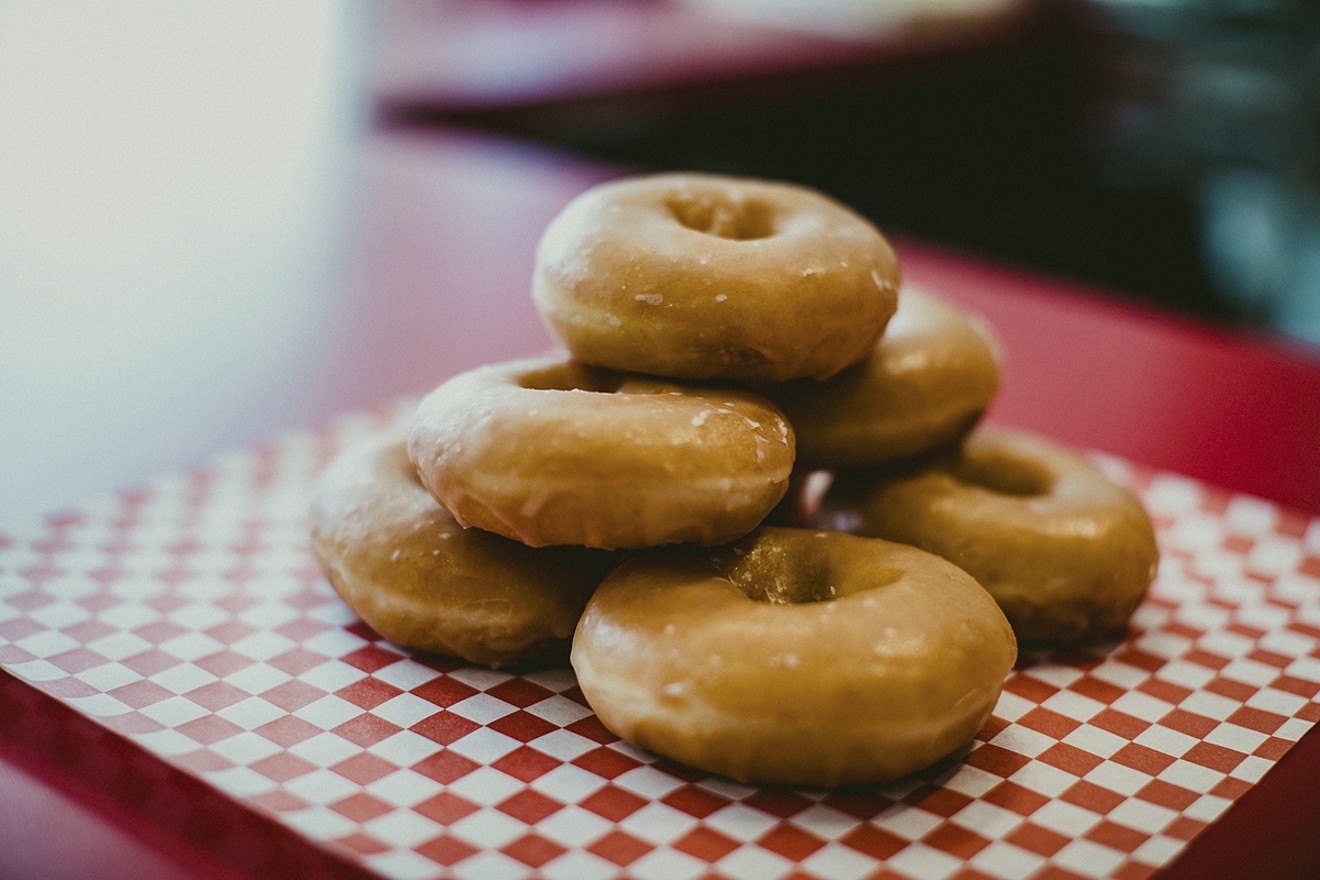 Velvet Creme fans woke up to confusion this morning with the following announcement:

"The VC shop in Little Havana is officially 3Dough5."


Social media was filled with comments like "I really wish you would have consulted with us first. It’s been real..."  and "Who thought this would be a good idea?" posted on Facebook and Instagram.
Robert Taylor, whose father-in-law opened the first Velvet Creme in 1947, paints a picture that sounds more like a divorce than a simple-yet-infuriating name change.

Taylor opened the Little Havana shop in October 2017 with then-partner Jorge Rios. They recently split up and, like with many breakups, there was a custody battle.

Rios got the shop and Taylor got the brand. What happened between the partners, Taylor says, was simply a difference of opinion on the way operations were handled. "We weren't aligned with where we wanted to go with the business."

As of July 1, according to the agreement between the former partners, "the store located at 1555 SW 8th Street in Little Havana, Miami will no longer be known as a Velvet Crème Doughnut retail store. The store has been re-named and will continue to operate at that location with no affiliation to the original Velvet Crème family," according to a statement Taylor issued.

Taylor, by the way, is elated that he retains the trademark and name that he considers as much a part of his family as any person. "He can't take the heritage and the family history."

Taylor isn't sure about the 3Dough5 doughnuts or the flavor profile, but he's not concerned. "Everyone thinks the recipe is a big secret. I don't have a special sauce. Recipes change with your raw product and evolve over time. You basically create a new recipe every time you make a batch of doughnuts, anyway."

Taylor wants to keep the name Velvet Creme alive without confusion. 3Dough5 is in control of Velvet Creme's Facebook and Instagram accounts, and Taylor is trying to figure out a way to get them back — or start over again.

Still, he's looking to move forward with Velvet Creme. He plans to open a new concept store that will have a drive-through window and include a handcrafted doughnut line. Taylor also plans to distribute Velvet Creme at big box retailers.

For now, however, fans of Miami's original doughnut will have to wait a bit longer to bite into that sweet, creamy glaze.
KEEP MIAMI NEW TIMES FREE... Since we started Miami New Times, it has been defined as the free, independent voice of Miami, and we'd like to keep it that way. With local media under siege, it's more important than ever for us to rally support behind funding our local journalism. You can help by participating in our "I Support" program, allowing us to keep offering readers access to our incisive coverage of local news, food and culture with no paywalls.
Make a one-time donation today for as little as $1.