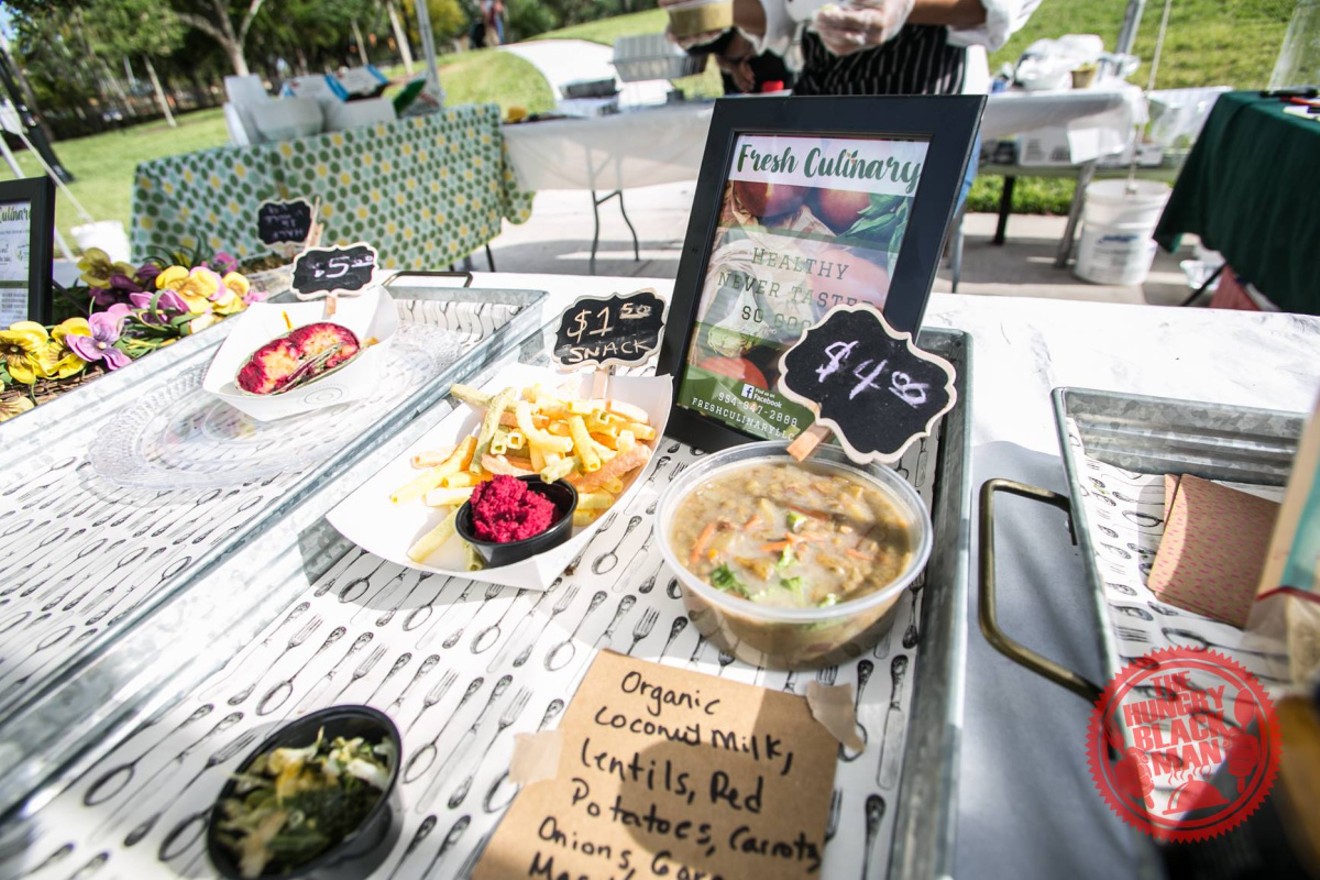 The fest, which kicks off on Saturday, March 23, is a collaboration with the Hungry Black Man, a concept created by Starex Smith.

"Veganism is one of the culinary industry’s most tasty cuisine styles, particularly because is the very essence of what makes food taste delicious," Smith says.

"By highlighting ethnic cooking traditions that are not typically considered vegan friendly, the Hungry Black Man’s food platform aims to demonstrate that any culture can remain authentic to their traditional cuisine and be vegan friendly without sacrificing flavor," he adds.

Daphne Saba, who's with the city’s parks and recreation department, says Miami Beach shares a goal with the Hungry Black Man: "We're enriching the lives of youth and their families. By exposing residents and visitors to dishes rooted in ethnic cooking traditions that are underrepresented in veganism, we can introduce or expand upon healthy food options."

No alcohol though, as it's family friendly.

If you do have little ones, bring them. The fest will include a kid's play zone with giant versions of games like Connect Four, cornhole, and an imagination playground, plus an adult game zone with dominoes tables and beach tennis.

If you're wondering what to wear, the event is casual. Dress in comfy clothes (think sneakers or sandals) and check the weather.

Soul Vegan Festival. Noon to 5 p.m. Saturday, March 23, at the Sand Bowl behind the North Beach Bandshell, 7275 Collins Ave., Miami Beach; northbeachbandshell.com. Admission is free.
KEEP MIAMI NEW TIMES FREE... Since we started Miami New Times, it has been defined as the free, independent voice of Miami, and we'd like to keep it that way. With local media under siege, it's more important than ever for us to rally support behind funding our local journalism. You can help by participating in our "I Support" program, allowing us to keep offering readers access to our incisive coverage of local news, food and culture with no paywalls.
Make a one-time donation today for as little as $1.
Hannah Sentenac covers veg food, drink, pop culture, travel, and animal advocacy issues. She is also editor-in-chief of LatestVeganNews.com.
Contact: Hannah Sentenac
Follow:
Twitter: @hannahgetshappy