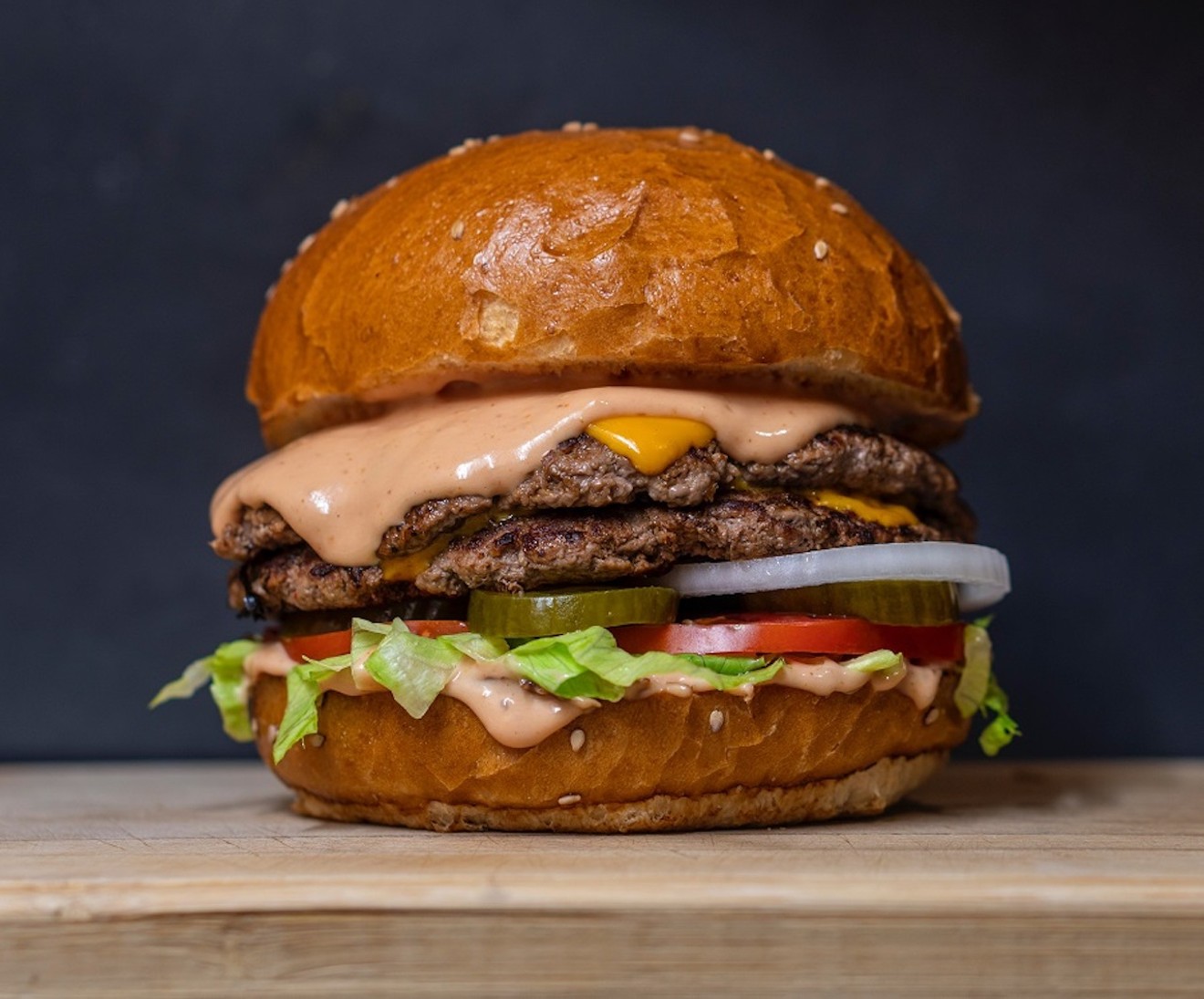 Though you can grill just about anything on your backyard barbecue, there's nothing like the sizzle of a burger.

Not so fast, though. If you've been just buying frozen meat patties, slapping them on the fire, and wondering why even the dog doesn't want seconds, you've probably realized that making a great burger takes a little care. From the prep work to down to the sauce, we asked some of Miami's favorite chefs to share their tips on how to put together an Instagram-worthy burger in your own abode.

Robert Ghini says using an 80/20 mixture of lean meat to fat in your burger makes all the difference. "If your burger is too lean it will never have enough flavor or moisture," says the chef. A good burger should be an indulgence."

He's equally adamant about the simplicity of seasoning. Condiments go on the burger, not in the burger, the chef says. "You're having a hamburger, not meatloaf. Do not add other ingredients other than meat into the mix besides a good amount of salt and pepper. Use what you think is a lot and then add a little more. The salt on the outside helps to form a crust on the burger."

And stop playing with your meat. "The more you compress and recompress, the tougher your burger will be," Ghini notes. "When your burger hits the grill or cast-iron pan, let a crust form before you flip it only once. Use a thermometer to check for your preferred doneness." Top with cheese if you like — cover the grill or skillet for a minute to help it melt — then serve on toasted buns with lettuce, tomato, and your favorite condiments.

If you think that blending your own ground meat is a waste of time, chef LoSasso from Bill Hansen Catering wants you to reconsider. "Throw on some gloves and mix the blend in a bowl. The action and heat of your hand helps the fat break down," says the chef. "Add a pinch of black pepper. But you cannot add salt yet — it dries the meat.

Hand-form the burger to your preference. "I prefer a ten-ounce burger with a nice vertical height to it," LoSasso says.

LoSasso prefers a cast-iron pan to a grill. Add oil to the pan and allow to get hot. Sear the patty well on each side, then sprinkle with kosher salt and black pepper. Lower the heat to medium and finish in the pan or pop in a preheated 450-degree oven for a few minutes.

For his signature burger, LoSasso adds grilled mushrooms and a layer of Truffle Tremor cheese from Cypress Grove that he buys at Whole Foods market. Brush garlic aioli and a tablespoon of seasoned tomato purée on both halves of a focaccia bun. For a flavor game-changer, the chef suggests sriracha ketchup.

Calvo suggests customizing your own signature meat blend, playing with the ratios until you're satisfied.

Shape each patty to a quarter-inch thick and season with kosher salt and pepper right before cooking. She recommends a cast-iron skillet over high heat to seal in juices and create a beautiful crust.

Chef Alfio Longo of the Deck at Island Gardens

Chef Alfio Longo believes there's no wrong way to cook a burger. "It's really up to each person, but I suggest medium-rare to keep the overall bite moist and juicy." Longo prefers a twice-ground chuck with a 75/25 beef-to-fat ratio. A good butcher shop can help you create your own blend.

Longo plays with combinations of toppings such as caramelized golden onions, aged sharp cheddar cheese, slices of vine-ripe tomato, romaine lettuce, and cornichons. The chef prefers to serve his burgers on a butter brioche bun four to five inches in diameter. "I like the light sweet note that the bread adds to the last bite of the burger," he says. For a spicy touch, a quick mix of sriracha, mayonnaise, and a hint of lemon juice does wonders.

"Since I like the smokiness of the charcoal grill in the meat, the meat has to be compacted to avoid crumbling apart while cooking," says the chef. "To shape my patties to perfect circles I usually use a large jar lid lined with plastic wrap. I press six to seven ounces of meat in it and only season it with Sicilian sea salt. The charcoal from my grill will do the rest."

If you're using a charcoal grill, Borriello recommends waiting till the flame has completely died down. Then cook the burger to the desired temperature over the embers. If you opt for a gas version, wait until it reaches a medium-high temperature (375 to 400 degrees). No grill? A cast-iron pan, Borriello says, is a great option to create a perfect crust.

Rare Burger at the Citadel.
Photo courtesy of Rare Burger

Chef Sebastian Fernandez of Rare Burger at the Citadel

Chef Sebastian Fernandez likes to have a full meal in one sandwich. "That way you can skip the fries if you want," the Rare Burger owner says.

His burgers follow an 80/20 lean (short ribs and brisket) to fat (Wagyu) beef ratio. The chef creates a burger sauce with Peruvian influences. "I make a mix of mayonnaise and Peruvian ají panca sauce, which is very similar to chipotle without the heat."

Fernandez tops with bacon, cheddar cheese, pickles, and three onion rings. To help the exotic flavors stand out even more, he serves his creation on a brioche bun.
KEEP MIAMI NEW TIMES FREE... Since we started Miami New Times, it has been defined as the free, independent voice of Miami, and we'd like to keep it that way. With local media under siege, it's more important than ever for us to rally support behind funding our local journalism. You can help by participating in our "I Support" program, allowing us to keep offering readers access to our incisive coverage of local news, food and culture with no paywalls.
Make a one-time donation today for as little as $1.
Juliana Accioly
Contact: Juliana Accioly