After Three Years, Pincho Is Still Reminding People It's Not a Factory 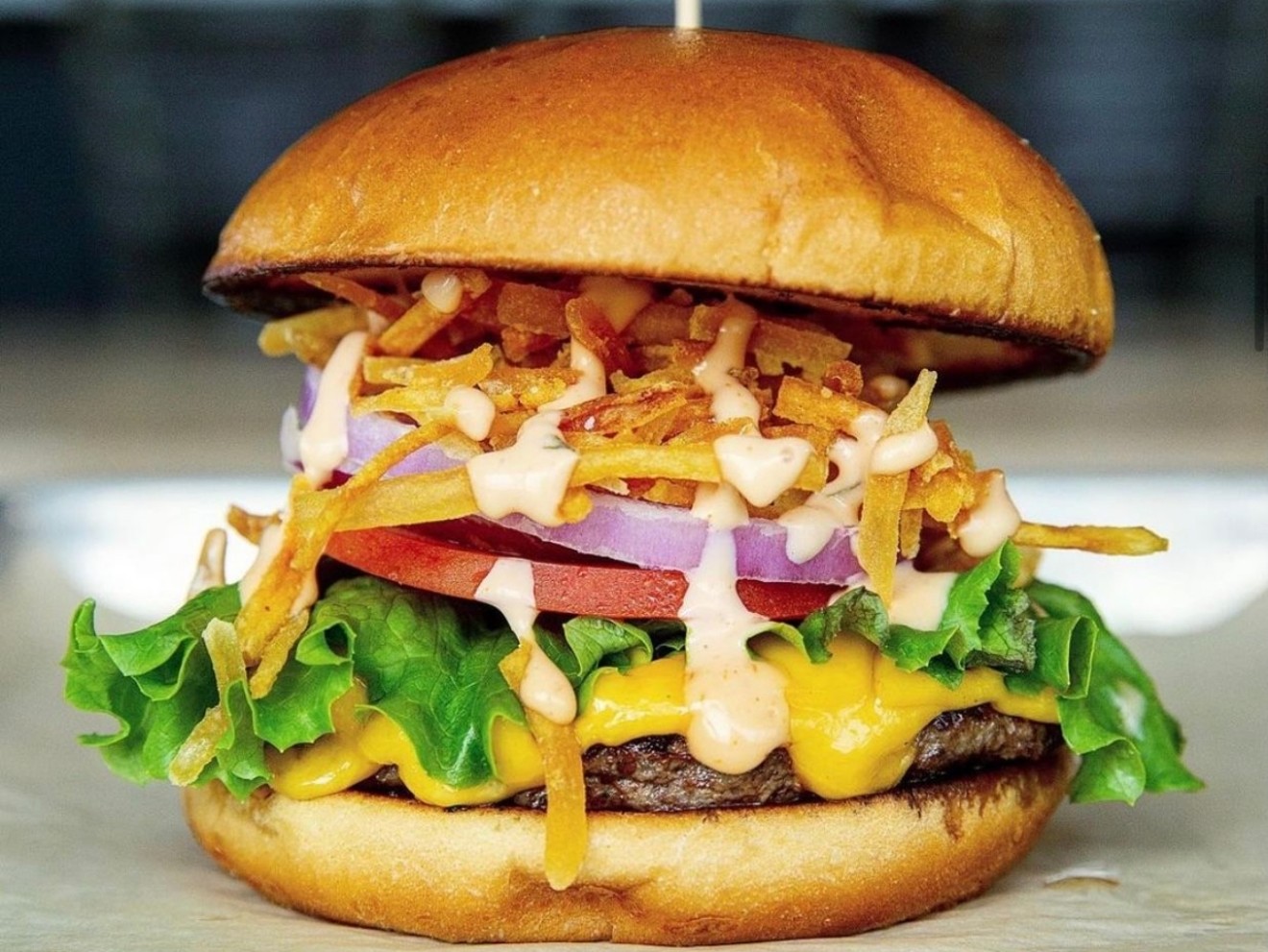 Behold the Pincho Burger. Photo courtesy of Pincho
More than a decade ago, Nedal Ahmad and his cousins Otto Othman and Nizar Ahmad decided that their backyard barbecues were so good that they should open a restaurant.

So the trio opened a place in Westchester and named it Pincho Factory. The name was a nod to the kebabs — known as "pinchos" — it served, but it was the insane burger creations that tapped into Miami's culinary zeitgeist: Burgers that used tostones as buns and guava in the ketchup became so popular that the solitary store steadily grew into a South Florida chain that now boasts ten locations.

The restaurant was growing, but there was one problem, according to Othman: "Some people — especially non-Hispanic people who weren't aware what a pincho is — thought we were an actual factory.

In 2019, less than a decade into their endeavor, Othman took a gamble with the chain's hard-won name recognition and shortened the name to "Pincho."

The company had planned a complete rebranding, including changing the signage on all locations. Then the pandemic descended. "When COVID happened, we couldn't spend $150,000 to change signs, so we kept it," Othman says.

The restaurateur views it as a compliment that loyal fans are true to the original moniker, akin to Miami Dolphins fans persistently referring to the team's stadium as Joe Robbie.

Othman admits it's hard to change a name but insists it makes sense. "We have aspirations to expand globally, and we need people to understand who we are," he explains, adding that delaying the signage change has caused confusion. But with plans to open locations in Texas, Orlando, and Tampa, he says, "It's time people start calling us Pincho."

It's been nearly three years in the making, but Pincho is now ready to embrace its truncated moniker.

On Thursday, May 19, at its flagship Westchester location, the company will host the first leg of its "Drop the Factory" tour, in which each Pincho in turn will celebrate the signage changeover with specials and freebies. Guests will be treated to free Pincho burgers and vaca frita bowls from 11 a.m. to 1 p.m. and can purchase those items for $5 apiece from 1 to 10 p.m. (The promotion is limited to one per customer and is for dine-in service only.)

Othman says the original sign will be transferred to a prominent place inside the Westchester store as a homage to the past. "The Bird Road location is the OG restaurant," he says. "We have to remember our roots."

In the coming weeks, other Pincho locations will follow suit, changing their signage and hosting "Drop the Factory" parties. (See the Pincho website for additional party dates).

And for those who insist on calling their beloved, locally grown burger joint Pincho Factory after all these years, Othman's fine with that.

"If you still want to call us Pincho Factory, then you've been with us from the beginning and we love you. Thank you for never forgetting who we are."

Drop the Factory Party at Pincho Westchester. 10 a.m. to 10 p.m. Thursday, May 19 at 9860 SW 40th St., Miami; pincho.com.
KEEP MIAMI NEW TIMES FREE... Since we started Miami New Times, it has been defined as the free, independent voice of Miami, and we'd like to keep it that way. With local media under siege, it's more important than ever for us to rally support behind funding our local journalism. You can help by participating in our "I Support" program, allowing us to keep offering readers access to our incisive coverage of local news, food and culture with no paywalls.
Make a one-time donation today for as little as $1.