Eating House, Born as One of Miami's First Pop-Ups, Is Closing 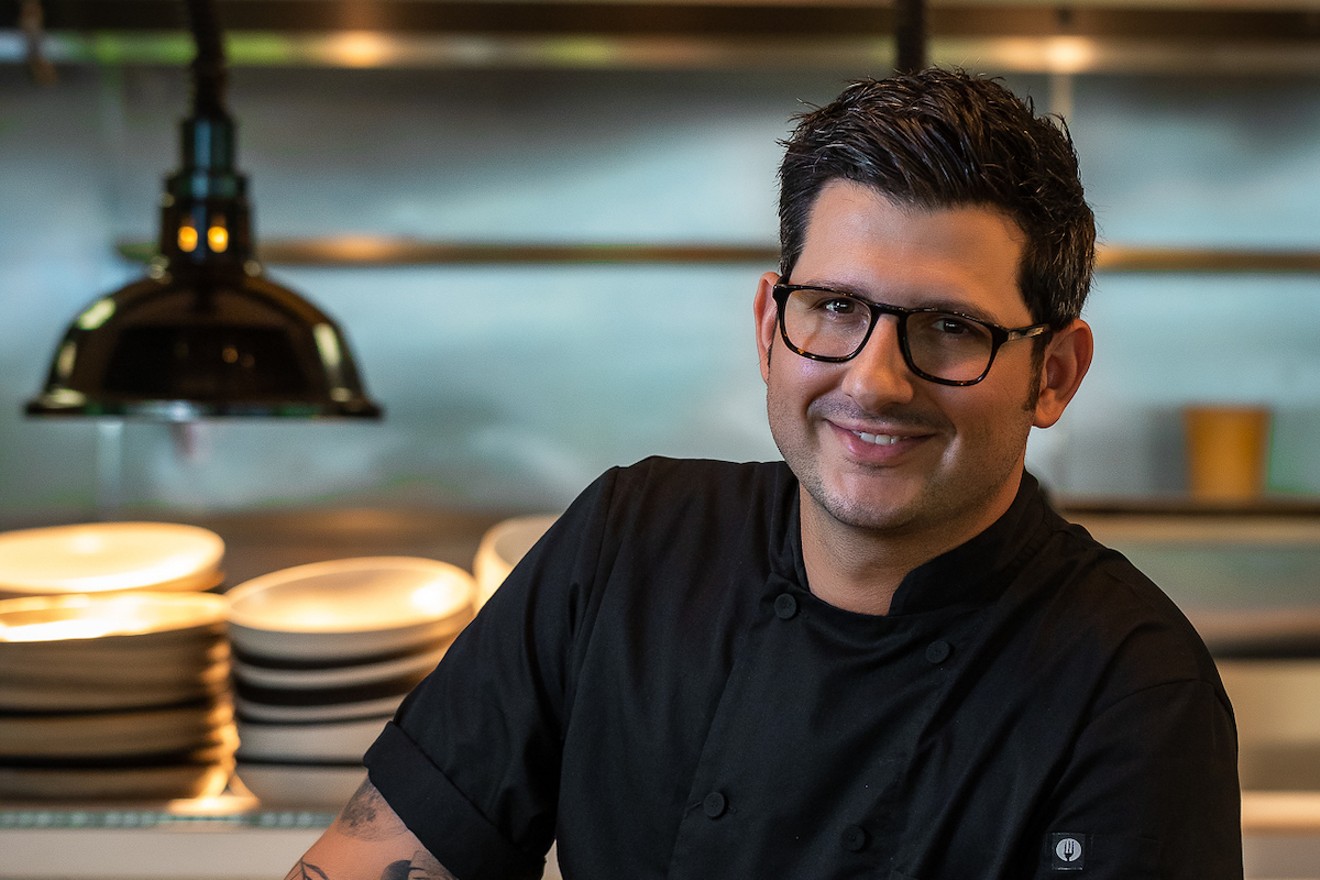 Chef Giorgio Rapicavoli's innovative Eating House restaurant will close in July. Photo courtesy of Eating House
Eating House, the revolutionary restaurant that started as a pop-up in 2012, is closing. The last day of service will be Sunday, July 18.

The restaurant started in 2012 when chef Giorgio Rapicavoli, fresh off a win on Food Network's Chopped, and his partner, Alexander Casanova, decided to take over a small lunch café on Ponce de Leon Boulevard in Coral Gables in the evenings.

The temporary restaurant was an immediate sensation for its unique dishes, which merged Rapicavoli's culinary prowess with pop-culture references. The result was a permanent residency and an ever-changing menu filled with Cap’n Crunch pancakes, Hotlanta fried chicken, and, for dessert, a "dirt cup" filled with candy worms.

When Rapicavoli launched the first of what would become an annual 420 dinner at the restaurant, it was one of Miami's most talked-about events. Diners waited for hours to get into the tiny restaurant to dine on the chef's "stoner" menu of "cold pizza", PB&J poutine, and brownies while listening to Bob Marley and Jerry Garcia.

Since then, Rapicavoli has opened or created menus for several other restaurants, including Glass & Vine, Grails, and Spanglish. He recently opened Luca Osteria in Coral Gables.

In a text message responding to New Times' request for comment, Rapicavoli explained that Eating House's lease is about to expire. He said he and Casanova felt they'd outgrown the space and that their patrons deserved a better location.

So will Eating House reopen somewhere else in Miami? Are the partners currently shopping for a new space?

Rapicavoli says no iron-clad plans have been made, allowing only that he and Casanova are "open to a new location in the future."

To mark the closure of Eating House, the restaurant is offering a menu of its greatest hits.

Menu items include Eating House favorites like Rapicavoli's queso frito with crispy garlic and guava/Ironbeer jam ($10) and a cauliflower "elote" with queso crema and lime crema ($15).

The chef's pasta carbonara, made with black truffle, Grana Padano cheese, and applewood-smoked bacon ($29); and chicken and waffles ($28) will make a final appearance. And yes, the dirt cup and Cap'n Crunch pancakes will be served.

The restaurant is open for dinner Wednesday through Saturday, and for weekend brunch, so you have time for a few more stacks of Cap'n Crunch pancakes until last call on July 18.

Eating House Miami. 804 Ponce de Leon Blvd., Coral Gables; 305-448-6524; eatinghousemiami.com.
KEEP MIAMI NEW TIMES FREE... Since we started Miami New Times, it has been defined as the free, independent voice of Miami, and we'd like to keep it that way. With local media under siege, it's more important than ever for us to rally support behind funding our local journalism. You can help by participating in our "I Support" program, allowing us to keep offering readers access to our incisive coverage of local news, food and culture with no paywalls.
Make a one-time donation today for as little as $1.