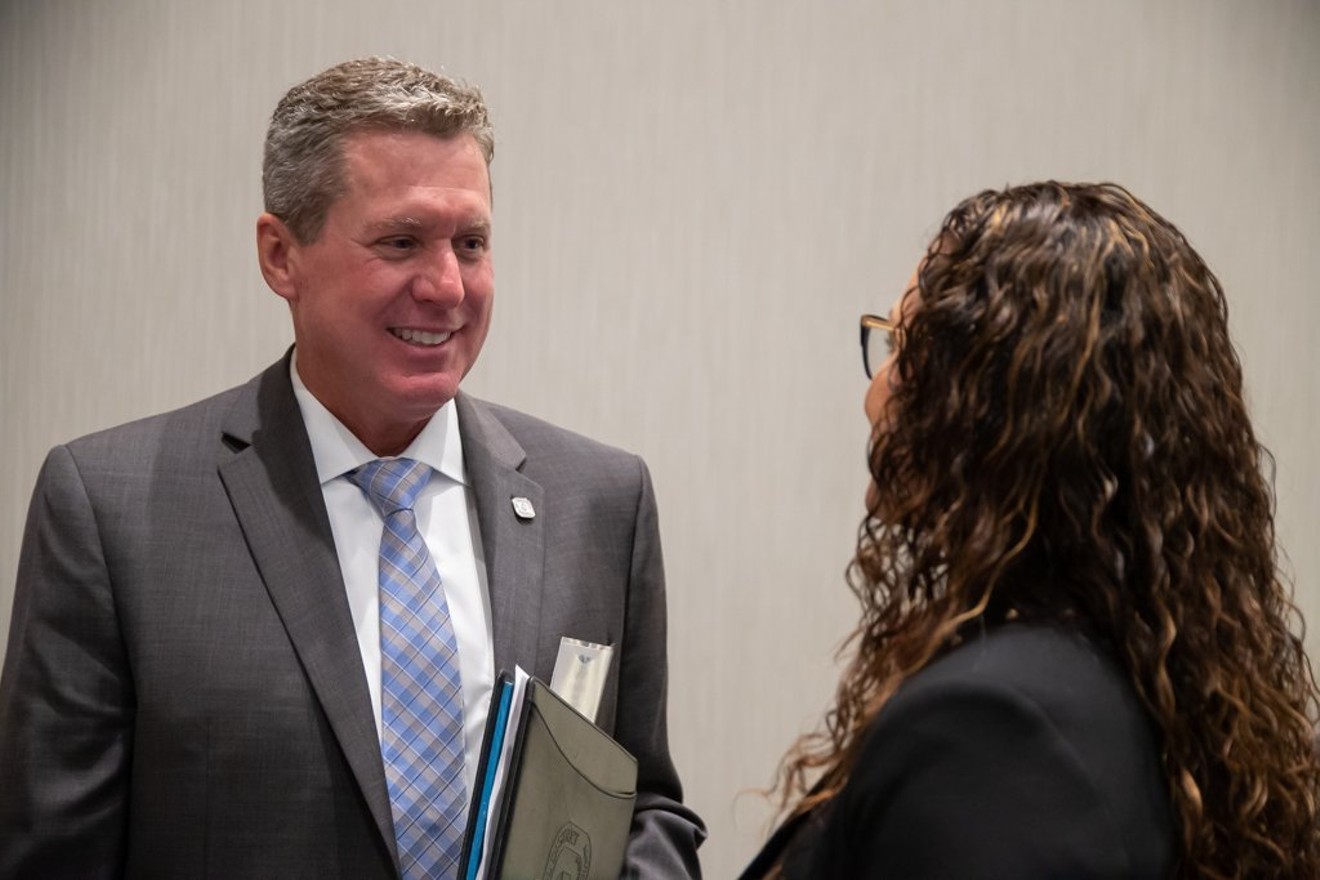 "This is an action by Diana Fedderman, a career educator (27 years) in the Palm Beach County School District who in her private life is unabashedly vocal about her progressive political views," the lawsuit states. "Superintendent Michael Burke, a Republican, demoted her from assistant superintendent in the division of teaching and learning to a do-nothing assignment in a job that had not been staffed for years."

Fedderman is suing the school district and Superintendent Burke on counts for violations of her First Amendment right to free speech and rights under the Whistleblower Act.

A few weeks after Gov. Ron DeSantis' December 2021 announcement of the "Stop Woke Act," which limits how the topic of systemic racism is taught in public schools, Fedderman tweeted, "Republicans are decimating public education. It is time to act. Vote local."

The lawsuit claims Burke called Fedderman days later when he first learned of her post during his visit to Tallahassee. He allegedly informed her the post was a "topic of conversation among legislators," including Republican State Rep. Mike Caruso, who represents parts of Palm Beach County.

"Representative Caruso, Superintendent Burke told Fedderman, had also told him that he was going to take [the] post to Gov. DeSantis," the complaint reads. "While Burke acknowledged during the phone call that he could not order Fedderman to take the tweet down, and said that he was not asking her to do so, he mentioned that people reading her tweets were conflating her public and private personas."

Fedderman says she decided to delete the post because she felt "intimidated by the after-hours phone call." Burke thanked her taking down the tweet, she says.

Fedderman's supervisor later emailed her on May 4, advising that Burke wanted her to immediately remove the teaching tool "The Genderbread Person" from a sex education class for high school seniors, according to the lawsuit. The poster, which features a simply drawn gingerbread figure, is designed to teach concepts of biological sex, gender identity, attraction, and gender expression.

During a March press conference tied to the signing of Florida's Parental Rights in Education Act AKA the "Don't Say Gay" bill, Governor DeSantis held up a Genderbread Person poster superimposed with the title "Found in Florida." Claiming the poster was being taught to "very young kids," the governor used it to justify the bill, which prohibits classroom discussions about sexuality and gender identity in public schools before fourth grade.

Diana Fedderman claims the Genderbread Person was unceremoniously yanked from a high school curriculum.
Figure by the Hues project, via county court records
Because the Genderbread Person had been approved by the school board, Fedderman says she was concerned that removing it from the high school curriculum would violate a state law that mandates annual board approval for sex education materials.

"I am concerned that the board approved this curriculum, and now we are changing it without the board's knowledge nor vote. However, I will do as instructed," Fedderman wrote to her supervisor.

At Fedderman's urging, one of the school district's attorneys reviewed the request to get rid of the Genderbread Person. Fedderman claims that although the lawyer agreed the school board should be consulted before making a decision, Burke insisted on the removal of the poster from the curriculum.

At the end of the school year in June, the lawsuit alleges, Burke dissolved Fedderman's position and told her she was going to be a middle-school principal, a job she called a "major demotion." The next day, Fedderman was informed she would instead be assigned to a "director of equity" job, a position that would only be funded for two years through a COVID-19-related grant, leaving her one year short of retirement eligibility, according to the complaint.

Days later, the plan changed yet again, and Fedderman was transferred to the role of director of supplementary education services, "a grant-funded position that had not been staffed for approximately a decade and had no duties assigned to it," the lawsuit alleges. The complaint says the school board approved the package in a 6-1 vote, which included several promotions and a single demotion (for Fedderman).

The district said in a statement, “The School District of Palm Beach County does not comment specifically on pending litigation, however, we look forward to the facts in this case being presented through the judicial process."

DeSantis and the State of Florida are in the midst of multiple legal battles to keep recently passed, controversial education legislation in place. While the Parental Rights in Education Act has survived legal challenges in federal court, U.S. District Judge Mark Walker issued an injunction against the Stop Woke Act last month, on the grounds that it violates the First and Fourth Amendments by banning certain viewpoints in the classroom.
KEEP MIAMI NEW TIMES FREE... Since we started Miami New Times, it has been defined as the free, independent voice of Miami, and we'd like to keep it that way. With local media under siege, it's more important than ever for us to rally support behind funding our local journalism. You can help by participating in our "I Support" program, allowing us to keep offering readers access to our incisive coverage of local news, food and culture with no paywalls.
Make a one-time donation today for as little as $1.