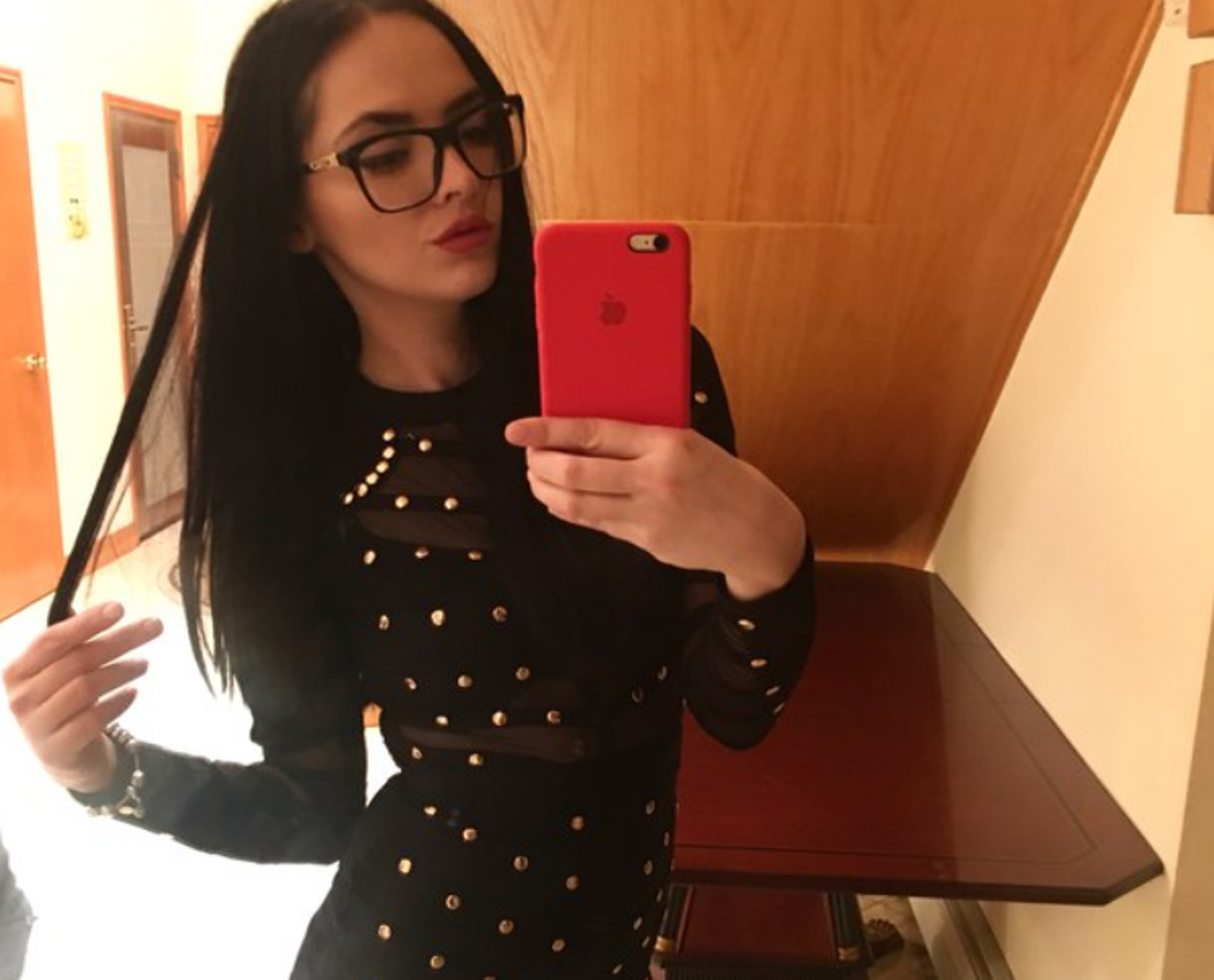 Ksenia Khodukina via VKontakte
According to Facebook, Russian national Ksenia Khodukina grew up in Chelyabinsk before eventually moving to New York City and then to Trump Towers III in Sunny Isles Beach. Here, she runs a salon service called "Beauty by Ksenia" in Hallandale Beach.

Or maybe not. According to Manhattan prosecutors,  and her husband, Yevgen , both age 29, were, in fact, remotely running a high-end prostitution service called the "Russian Dolls" from their Trump Towers III apartment, the New York Post first reported Wednesday.

and were arrested in Sunny Isles Beach July 11, according to Miami-Dade County court records. The pair has since been shipped back to Manhattan: Reporters were on-scene Wednesday as the two were arraigned in New York County court. Both Russian nationals have pleaded not guilty to third-degree counts of promoting prostitution.

Manhattan prosecutors allege the pair spent three years, from 2015 to 2018, flying women from Russia to New York City. The couple and a third defendant, Arkady Bashkatov, then housed the female sex workers in Brooklyn while booking them hotel rooms and hiring drivers.

It's perhaps not surprising that two sketchy Russian nationals would flee New York for Sunny Isles Beach. Even without the connection to the president, Sunny Isles is home to so many Russian immigrants that the neighborhood has even earned the nickname "Little Moscow." Likewise, Russian nationals also seem to have a habit of buying or renting spaces at Trump properties in Miami, New York, and other cities around the world.

Trump Towers III is owned by Miami's Dezer family, who are personal friends of Donald Trump's. They have a licensing agreement with the Trump Organization, which is run by the president's family. There is no tie between the president and the prostitution ring.

Assistant Manhattan District Attorney James Lynch told the Post earlier this week that the pair organized a “sophisticated long-term operation promoting prostitution" and that the defendants "split the money with the women, but dictated the percentage they could keep."

Facebook presence is sparse but includes photographs of Trump Towers III in Sunny Isles Beach, as well as shots of herself in New York City:
Manhattan prosecutors said they began looking into the alleged prostitution ring after arresting two sex workers who told authorities they were part of the Russian Doll group. and are now being held on bonds of $50,000 and $100,000, respectively.
KEEP MIAMI NEW TIMES FREE... Since we started Miami New Times, it has been defined as the free, independent voice of Miami, and we'd like to keep it that way. With local media under siege, it's more important than ever for us to rally support behind funding our local journalism. You can help by participating in our "I Support" program, allowing us to keep offering readers access to our incisive coverage of local news, food and culture with no paywalls.
Make a one-time donation today for as little as $1.