Royal Caribbean Knew of Sexual Assault Epidemic on Cruises but Did Nothing, Court Says 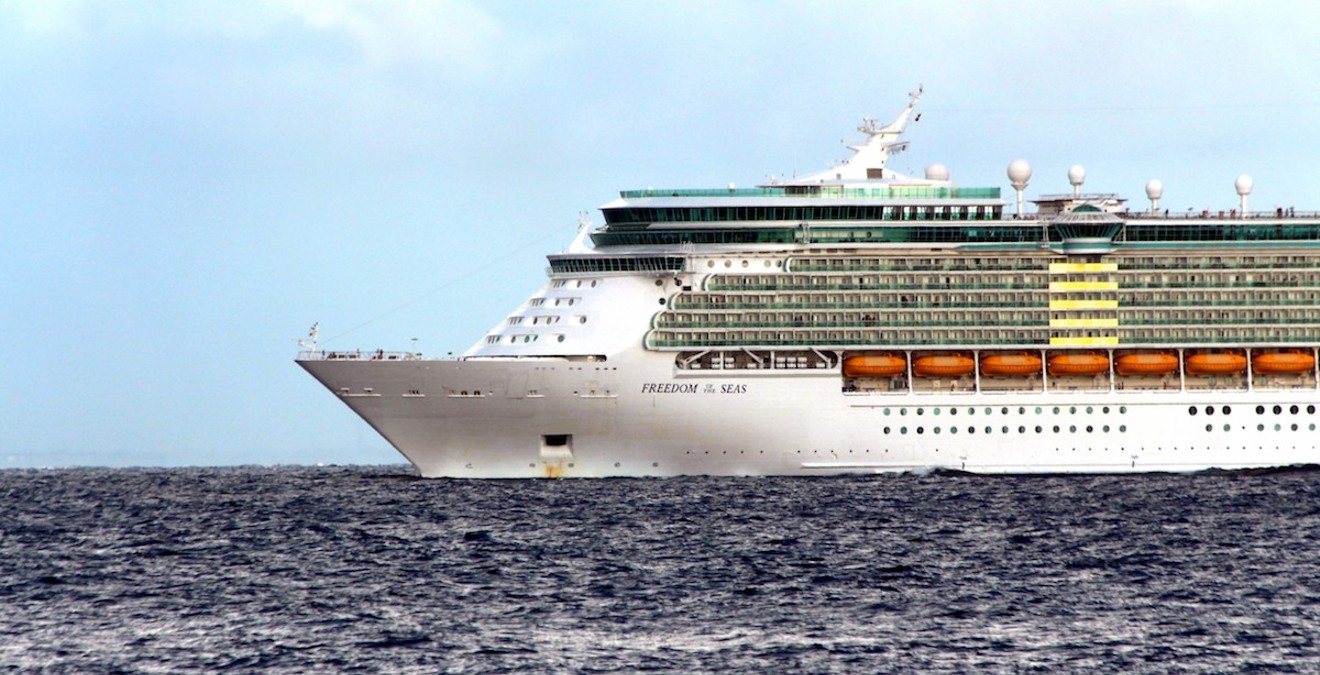 An appellate court says there's no way Royal Caribbean didn't know about reports of sexual assault on its cruise ships. Photo by Prayitno / Flickr
K.T.'s trip aboard a Royal Caribbean cruise in 2015 was supposed to have been a celebration. She was traveling with her two sisters and grandparents. It was the day after Christmas. When she stepped aboard the Oasis of the Seas to begin a seven-day cruise December 26, she was just 15 years old.

But by nightfall, things had gone horribly wrong, and a group of federal judges in a scathing opinion yesterday said Royal Caribbean could have prevented what happened next. K.T. said she wound up separated from her family and sitting at a bar on the ship. She said a group of about a dozen men surrounded her and gave her alcohol until she became "highly intoxicated, obviously drunk, disoriented, and unstable" and "obviously incapacitated."

Then the men lured her into a cabin "where they brutally assaulted and gang-raped her."

K.T. sued the Miami-based Royal Caribbean in December 2016. For months, the ultrapowerful corporation has fought to throw out the case — New Times reported in April that rape is a systemic problem within the cruise industry and that wealthy cruise corporations either do nothing to fix the issue or hide stories of sexual assault on their ships. In August 2017, a judge in Miami's federal court, K. Michael Moore, dismissed K.T.'s claim after Royal Caribbean argued that its crew members, who allegedly witnessed the men buying alcohol for a girl and continued serving drinks anyway, "could not have foreseen" the situation would lead to a sexual assault.

But K.T. appealed that ruling, and judges in the Eleventh Circuit Court of Appeals yesterday blasted Royal Caribbean and said the company utterly failed to keep the girl safe despite clearly knowing that sexual assault is endemic to the cruise industry. In fact, the court said it would be ludicrous to suggest Royal Caribbean wasn't aware of the problem by now.

It "would be absurd to suggest that a multibillion-dollar business like Royal Caribbean was not aware of congressional reports about the problem of sexual assaults aboard its cruise ships," Chief Judge Ed Carnes wrote in a concurring order. (Jim Walker, author of the Cruise Law News blog, first reported the news.)

A spokesperson for Royal Caribbean told New Times today that the company is not "able to comment on pending litigation, but we do take this allegation very seriously. The safety and security of our guests is our top priority."

The appellate court confirmed what critics, survivors, and activists have been saying for years: Sexual assault is an epidemic in the cruise industry. In April, New Times published a long-form investigation detailing instances of sexual assault on cruises, where alcohol flows freely and victims often cannot receive help or speak to law enforcement until the ships dock. Though the cruise industry claims sexual assaults are rare on their ships, data shows this claim to be untrue: Rape is the most commonly reported crime on cruise ships.

In 2010, Congress took action and forced the industry to report stronger crime statistics to the government, but the new regulations have not stemmed the tide. As of April, 220 sexual assaults on cruises had been reported to the U.S. Department of Transportation since 2016. There were 82 sexual assaults reported in 2018. And 52 people have reported being assaulted on Royal Caribbean cruises, specifically, in the past three years.

Survivors have also claimed for nearly two decades that cruise operators have seemingly worked to hide rape evidence from investigators and the public. In 2000, New Times reported that Carnival Cruise Line had allegedly pressured victims not to report their assaults to the police, had helped crew members accused of rape flee the country, and had even prescribed tranquilizers to one woman after she reported being assaulted on a Carnival ship.

Even in that context, K.T.'s story is particularly shocking. The night she said she was assaulted, K.T. said multiple crew members watched as the dozen or so men hovered around her and plied her with drinks. And her lawsuit says it should have been obvious to crew members that the gang of men was buying alcohol for a child. The initial complaint stated:


The purchase of and provision of alcohol to the minor Plaintiff [K.T] was done in plain view of multiple crew members who saw or should have seen it. These public lounges and other public areas were also under surveillance by the ship's security cameras and personnel. Neither the crew-members present on the scene nor those who were watching or supposed to be watching the surveillance cameras took any action to prevent the service of alcohol to the minor Plaintiff [K.T].

Astoundingly, Royal Caribbean argued it could not have taken action to prevent the assault. A judge in the Southern District of Florida agreed and stated that "nothing in the complaint suggests that any of [Royal Caribbean's] crew-members actually saw plaintiff visibly intoxicated" and that "it is not alleged that [Royal Caribbean] served plaintiff alcohol," only that the men bought alcohol for her.

But now appellate judges say those excuses were ridiculous.

"The scope of Royal Caribbean’s duty to protect its passengers is informed, if not defined, by its knowledge of the dangers they face onboard," the order reads. "And it allegedly knew a lot."

Correction: A previous version of this story listed the incorrect date of K.T.'s assault. New Times regrets the error.
KEEP MIAMI NEW TIMES FREE... Since we started Miami New Times, it has been defined as the free, independent voice of Miami, and we'd like to keep it that way. With local media under siege, it's more important than ever for us to rally support behind funding our local journalism. You can help by participating in our "I Support" program, allowing us to keep offering readers access to our incisive coverage of local news, food and culture with no paywalls.
Make a one-time donation today for as little as $1.