Ron DeSantis Was Reportedly an Admin of Racist Facebook Page 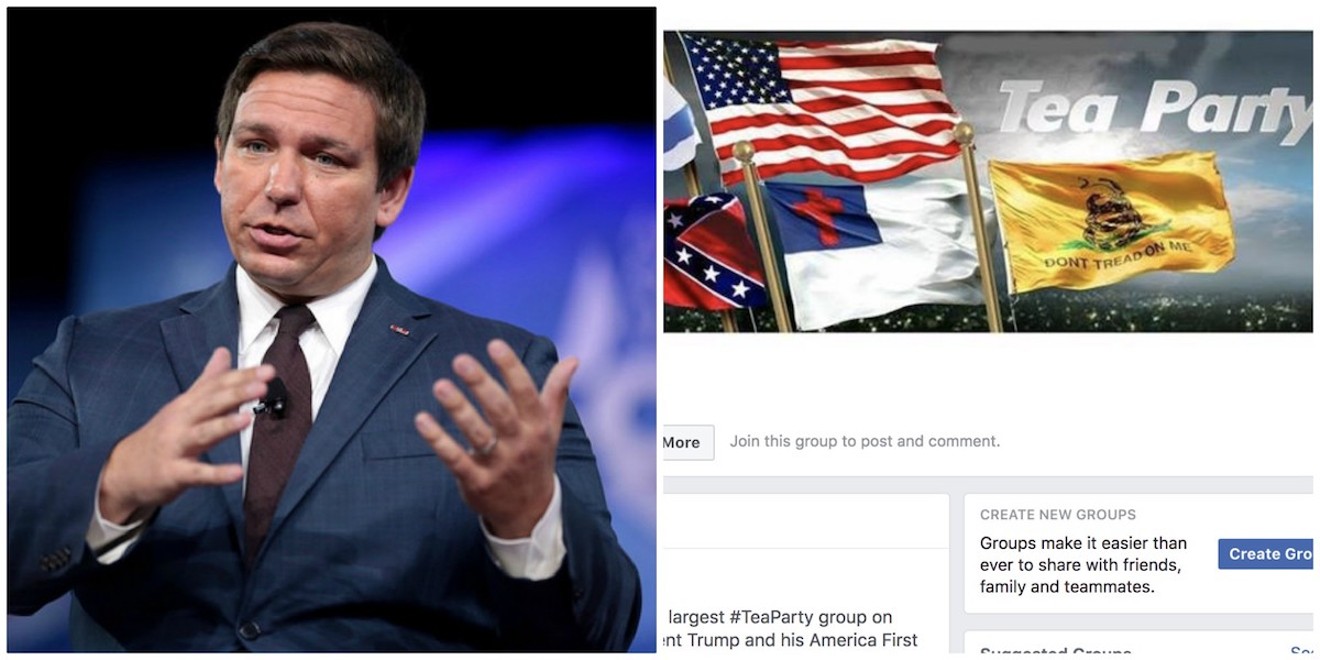 photos: Gage Skidmore/Facebook
Update 8/31: Through a spokesperson, Ron DeSantis has confirmed that he was an administrator of the Tea Party group but claims he was added to the page without his knowledge. "The Congressman was completely unaware that he was part of the Facebook group, which he was added to without his knowledge or consent. As soon as he found out about it, he immediately deleted it," Stephen Lawson, a campaign spokesperson, says in a statement sent to reporters.

Click on a page called "Tea Party," which boasts 94,000 followers and claims to be "the oldest and largest #TeaParty group on Facebook," and you'll find that one of the first posts this morning is a glaringly racist meme showing side-by-side photos of Melania Trump and a heavily Photoshopped Michelle Obama with the headline "Make the White House Beautiful Again."

"Who's the guy on the right?" one commenter jokes about the doctored photo of Mrs. Obama, and another responds with a homophobic meme about President Obama.

The racist post is par for the course for the page, which has also shared at least six posts since Tuesday supporting Florida's new GOP gubernatorial nominee, Ron DeSantis. Perhaps that's because, until reporters began asking questions yesterday, DeSantis was reportedly one of 52 listed administrators of the offensive page.

DeSantis' affiliation with the Facebook group was turned up by Natalie Martinez, a reporter with Media Matters, who noted that numerous other GOP candidates are also admins, including Arizona Senate candidate Kelly Ward and Virginia Senate candidate Corey Stewart.

It doesn't appear that DeSantis himself posted recently on the page, but his affiliation with such an obviously racist group wouldn't help his argument that he "accidentally" used the phrase "monkey this up" in relation to his Democratic opponent, Andrew Gillum, on Fox News yesterday.

Just take a look at this meme, which has garnered dozens of likes in less than an hour since it was posted earlier this morning: 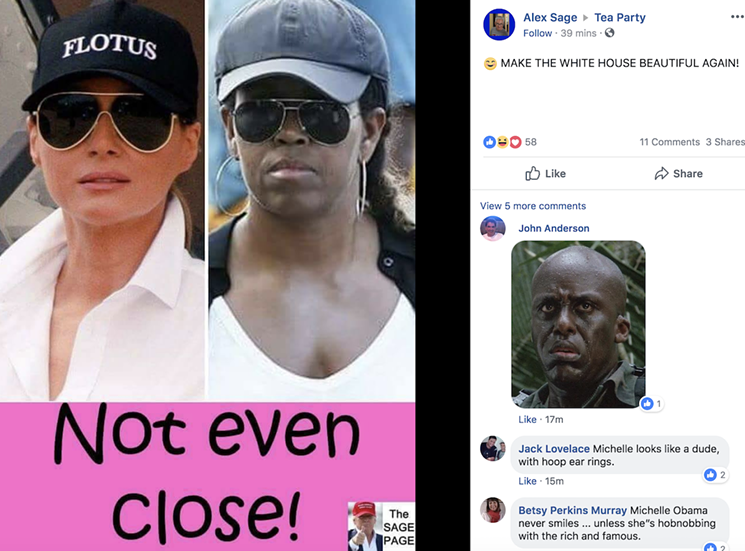 via Facebook
Or check out the page's latest attempt to defend DeSantis' "monkey" comment about Gillum, Florida's first black candidate for governor: 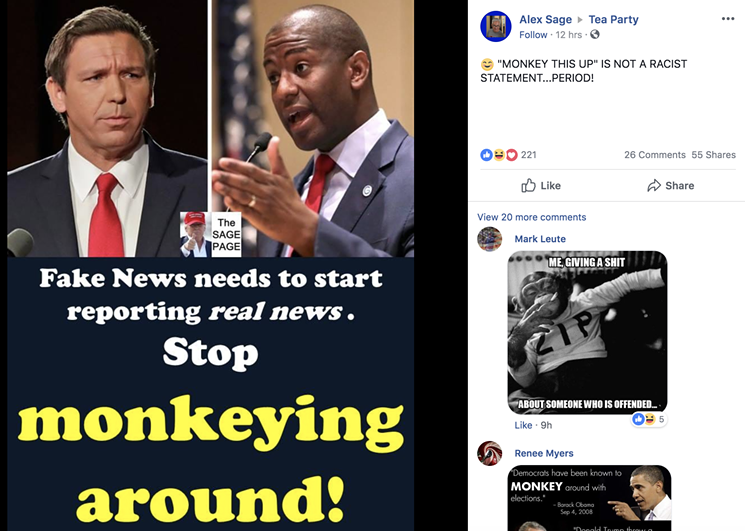 via Facebook
As Splinter notes this morning, past posts on the page have shared wild conspiracies, including that the deadly Charlottesville attack by neo-Nazis was actually “orchestrated by the left.” Others have attacked Parkland survivors and #NeverAgain activists David Hogg and Emma González as a “Hitler wannabe” and “bald-headed brat."

The DeSantis account listed as an administrator appeared to be his personal Facebook page; his campaign so far hasn't responded to requests for comment on Media Matters' reporting, but soon after that story first appeared on Splinter and elsewhere, DeSantis' administrator status disappeared.

Perhaps DeSantis was signed up for the admin role but didn't actively check the page's content. Maybe he was horrified to see the blatant racism being added to the feed every morning and quickly left as an admin after Media Matters' report was published.

But giving DeSantis the benefit of the doubt on these kinds of stories grows increasing difficult with each racially offensive misstep. Before his "monkey" comment, there was the rally where he defended an audience member who wanted to "bring back the hanging tree," recalling memories of Florida's vile history of racist lynchings. Before that, one of his top fundraisers was suspended from Fox News for asking a black panelist if he was "out of his cotton-picking mind." And before that, DeSantis dismissed Alexandria Ocasio-Cortez as "this girl... or whatever she is." And before that came his appearances alongside Islamophobe David Horowitz and disgraced alt-right figure Milo Yiannopoulos.

There's a pattern here — one that raises serious questions about what exactly DeSantis' name was doing listed as an administrator of this Facebook page.
KEEP MIAMI NEW TIMES FREE... Since we started Miami New Times, it has been defined as the free, independent voice of Miami, and we'd like to keep it that way. With local media under siege, it's more important than ever for us to rally support behind funding our local journalism. You can help by participating in our "I Support" program, allowing us to keep offering readers access to our incisive coverage of local news, food and culture with no paywalls.
Make a one-time donation today for as little as $1.