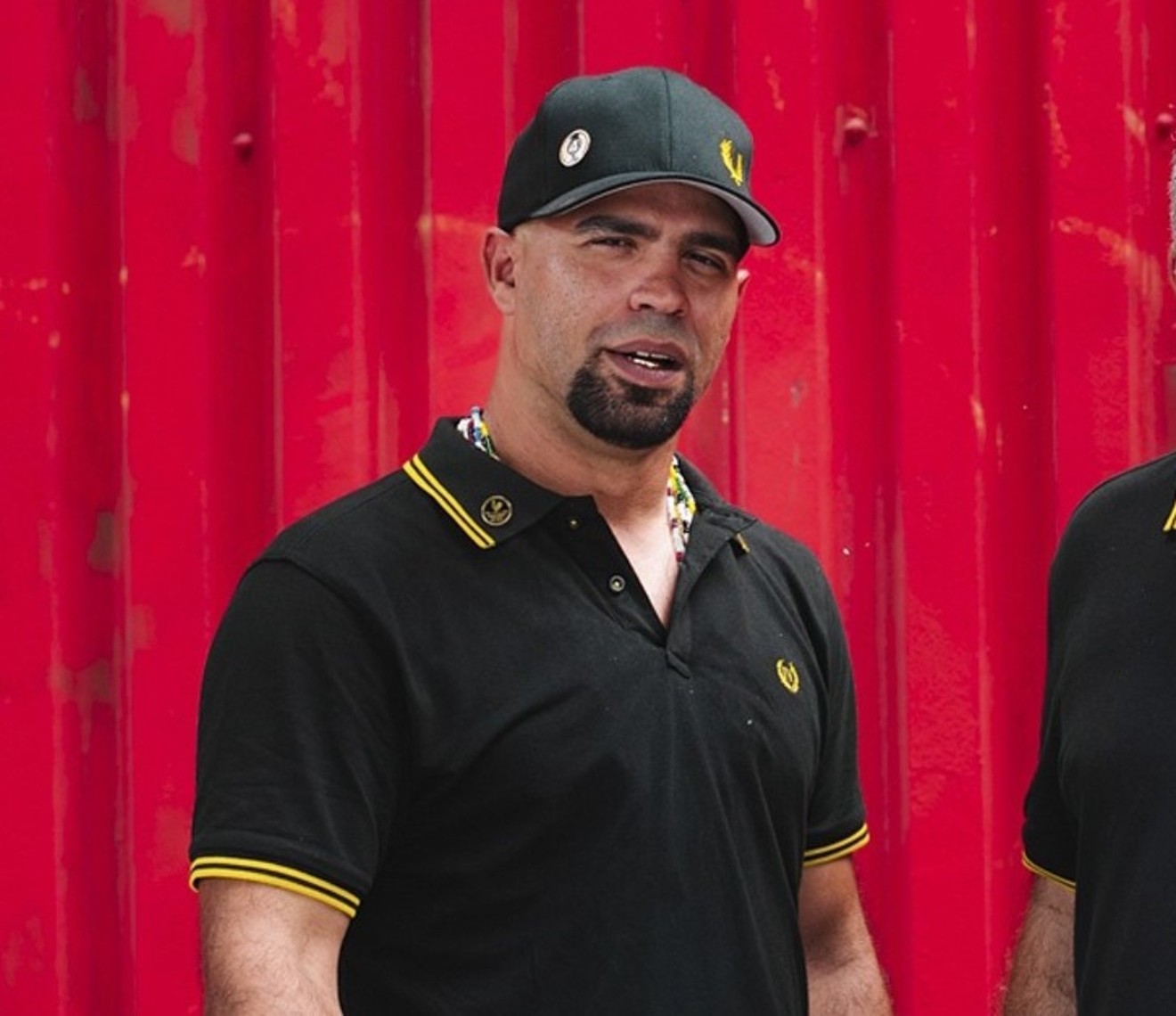 Proud Boys leader Enrique Tarrio has announced a run for Congress. Photo by Karli Evans
Here's pretty much all you need to know about Proud Boys leader Enrique Tarrio: He has questionable ties to Roger Stone, he thinks it's funny to use racist and homophobic slurs, and he was banned from Twitter after threatening to report undocumented immigrants to the feds as a method of retaliation against his critics.

Earlier today, Florida Politics reported that Tarrio has filed election paperwork to challenge Rep. Donna Shalala in Florida's 27th Congressional District in 2020. Shalala, a Democrat who flipped the district blue after Republican Ileana Ros-Lehtinen retired in 2018, is already facing off against Republican Maria Elvira Salazar, whom Shalala defeated in 2018.

Extending south and west from Miami Beach, the 27th Congressional District encompasses a large swath of Miami-Dade County all the way down to Cutler Bay.

Reached this afternoon, Tarrio provided New Times with the email address of his press manager. Jacob Engels, a close Tarrio confidant and an all-but-admitted Proud Boy himself, sent the following statement:


Our founders were simple men who wanted a world away from tyranny and away from government interference into our lives. A place to raise their children, watch their families grow and build their businesses. A place to worship freely and speak freely.

Unfortunately, career politicians like Donna Shalala have become obsessed with moving America away from these founding principles and towards a Communist police state that thrives on robbing us [of] our God given freedoms. Shalala is more concerned about being Hillary Clinton's puppet than serving the needs of District 27.

The Proud Boys are an alt-right self-described "Western chauvinist" organization that the Southern Poverty Law Center calls an extremist hate group. As part of a 2018 story about the group's rise, New Times reporter Meg O'Connor spoke with the Miami-born Tarrio, who told her criticism of the Proud Boys is just "political bullshit."

"We are not a white power group, and I am not a victim," Tarrio said. Yet in the same interview, he admitted to having attended the 2017 Unite the Right rally in Charlottesville led by white nationalist Richard Spencer. (Tarrio said he had left before the violence broke out.)


Enrique Tarrio was the leader of the Proud Boys Miami chapter. In an interview following the rally in Charlottesville, Tarrio said: “After I saw the tiki torch thing, I was completely against it.” It didn’t stop him from attending Unite the Right the very next day.


Tarrio, who grew up in Little Havana, has zero political experience. He hawks merchandise bearing hateful slogans, he once spent 16 months in federal prison for running a scheme that involved selling stolen diabetic test strips online, and he gets his kicks from marching in bogus rallies in order to waste police resources and shut down local businesses.

Then again, Tarrio describes the Proud Boys as "a frat with a political lean." So maybe that makes him the perfect poster boy for the Republican Party in 2020.
KEEP MIAMI NEW TIMES FREE... Since we started Miami New Times, it has been defined as the free, independent voice of Miami, and we'd like to keep it that way. With local media under siege, it's more important than ever for us to rally support behind funding our local journalism. You can help by participating in our "I Support" program, allowing us to keep offering readers access to our incisive coverage of local news, food and culture with no paywalls.
Make a one-time donation today for as little as $1.