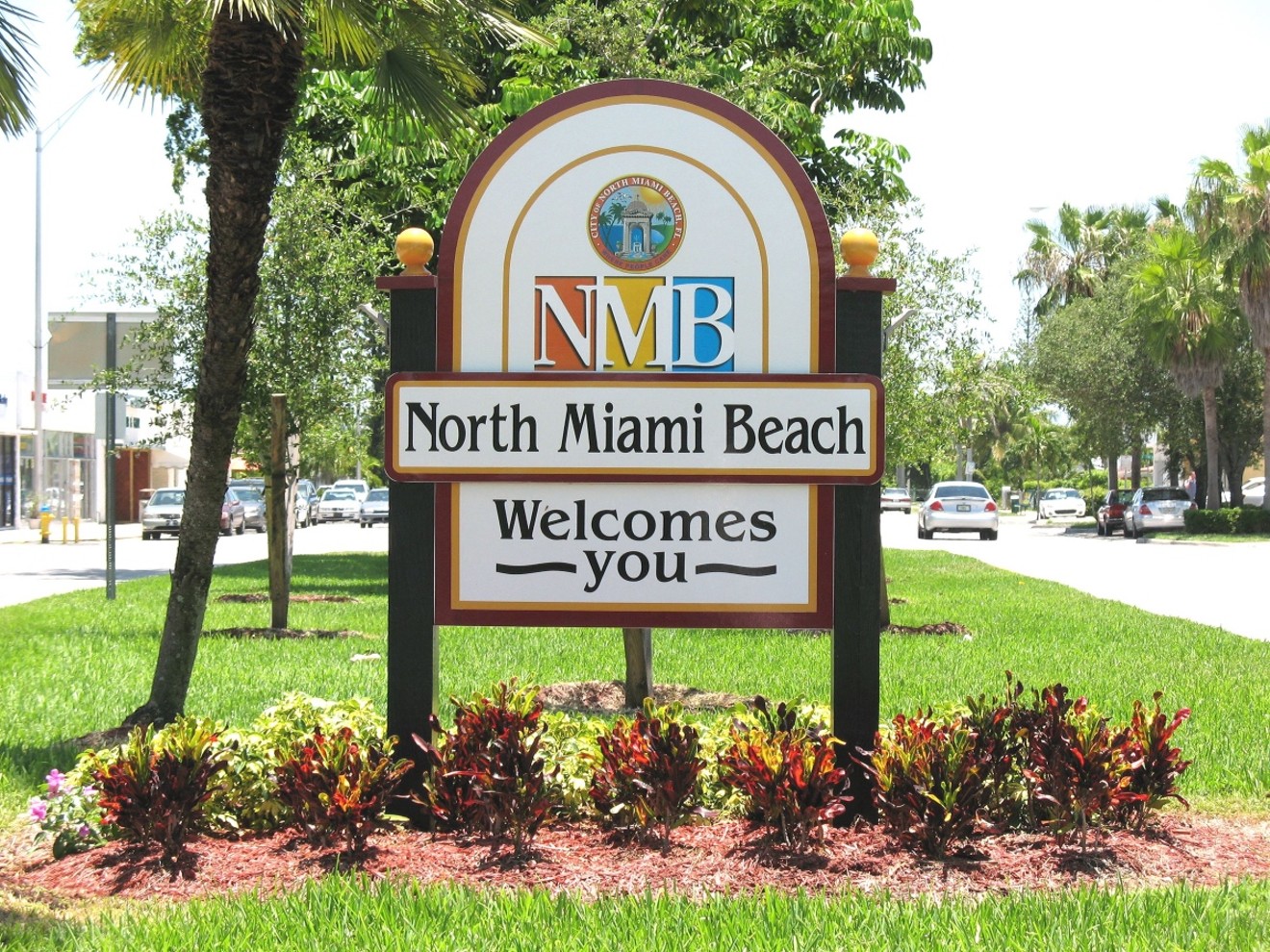 She says she earns no revenue from her site and actually pays thousands of dollars each year to operate and maintain VotersOpinion.com. Although Kienzle is a polarizing figure — a MAGA-style #BlueLivesMatter conservative who believes former President Barack Obama is a "Muslim from Kenya" — her blog is widely read and has scored some legitimate scoops over the years.

But last week, Kienzle says, her site was abruptly shut down after her web host received a complaint from newly elected North Miami Beach Commissioner Daniela Jean. According to an email chain Kienzle provided, a representative from HostMonster reached out last Tuesday, saying the Voters Opinion website had been flagged because someone left a comment on a recent blog post that contained Jean's home address.

Kienzle tells New Times she spoke to someone at HostMonster and tried to explain that Jean is a public official whose home address is a part of the public record in Florida. Nevertheless, the website was taken offline on Thursday afternoon.

Kienzle tells New Times the removal of her website is "a violation of my First Amendment rights."

"I'm not losing revenue but I'm losing readers. I'm losing credibility by not having my website up," she says. "I know I'm gonna get the website back, but I don't know when."

In Voters Opinion's last post before the site was taken down, Kienzle called Jean a "puppet" and published the complaint that had been filed with HostMonster.

"Whoever pulled her strings and instructed her to file this report against us made a really big mistake," Kienzle wrote. "As a political candidate for office, and now as an elected official, Daniela Jean's entire personal life is now a permanent public record."

Added Kienzle: "Daniela better put on her big girl panties because we fully intend to school her every single time she does something stupid."

Reached by New Times, Jean responded in an email that she believes some of Kienzle's blog posts about her were defamatory and "extremely irresponsible." Jean did not return followup emails or a voicemail.

Kienzle's November 19 complaint to the county's ethics commission alleges that Jean acted in bad faith by filing the complaint with HostMonster.

"Daniela Jean deliberately filed a false and frivolous complaint against myself, a member of the media, for publishing what that she claimed was 'sensitive personal information,' when in fact, it was a matter of public record," Kienzle wrote.

Her lawsuit, filed Monday, argues the same. She accuses HostMonster of breach of contract and Jean of a civil conspiracy. Neither party has responded to the court complaint yet. HostMonster did not respond to an email from New Times seeking comment.

Kienzle is being represented by attorney Michael Pizzi, the former mayor of Miami Lakes who's best known for beating corruption charges in 2014. Pizzi tells New Times that, even as a former public official, he's extremely troubled by what happened to Voters Opinion.

"I was attacked by bloggers. It never occurred to me that all it took down to shut down a critic or a blogger was to call their host master," he says.

Pizzi says HostMonster failed to provide Kienzle with due process before pulling the plug on her website: "They shut her down and asked questions later."

Kienzle points out that Jean's address is included in her campaign treasury reports, which are easily accessible on North Miami Beach's website. And she says Jean, a political newcomer, should know by now that her address is a part of the public record.

"If you're a public servant, you are required to know the law. Ignorance is no excuse," Kienzle says. "I'm not giving her a pass here."

Jean will be sworn in at a special meeting of the city commission on Monday. According to an email obtained by New Times through a public-records request, she resigned from her job as a risk-management coordinator with the City of North Miami last Friday.
KEEP MIAMI NEW TIMES FREE... Since we started Miami New Times, it has been defined as the free, independent voice of Miami, and we'd like to keep it that way. With local media under siege, it's more important than ever for us to rally support behind funding our local journalism. You can help by participating in our "I Support" program, allowing us to keep offering readers access to our incisive coverage of local news, food and culture with no paywalls.
Make a one-time donation today for as little as $1.