Miami Is Garbage at Recycling 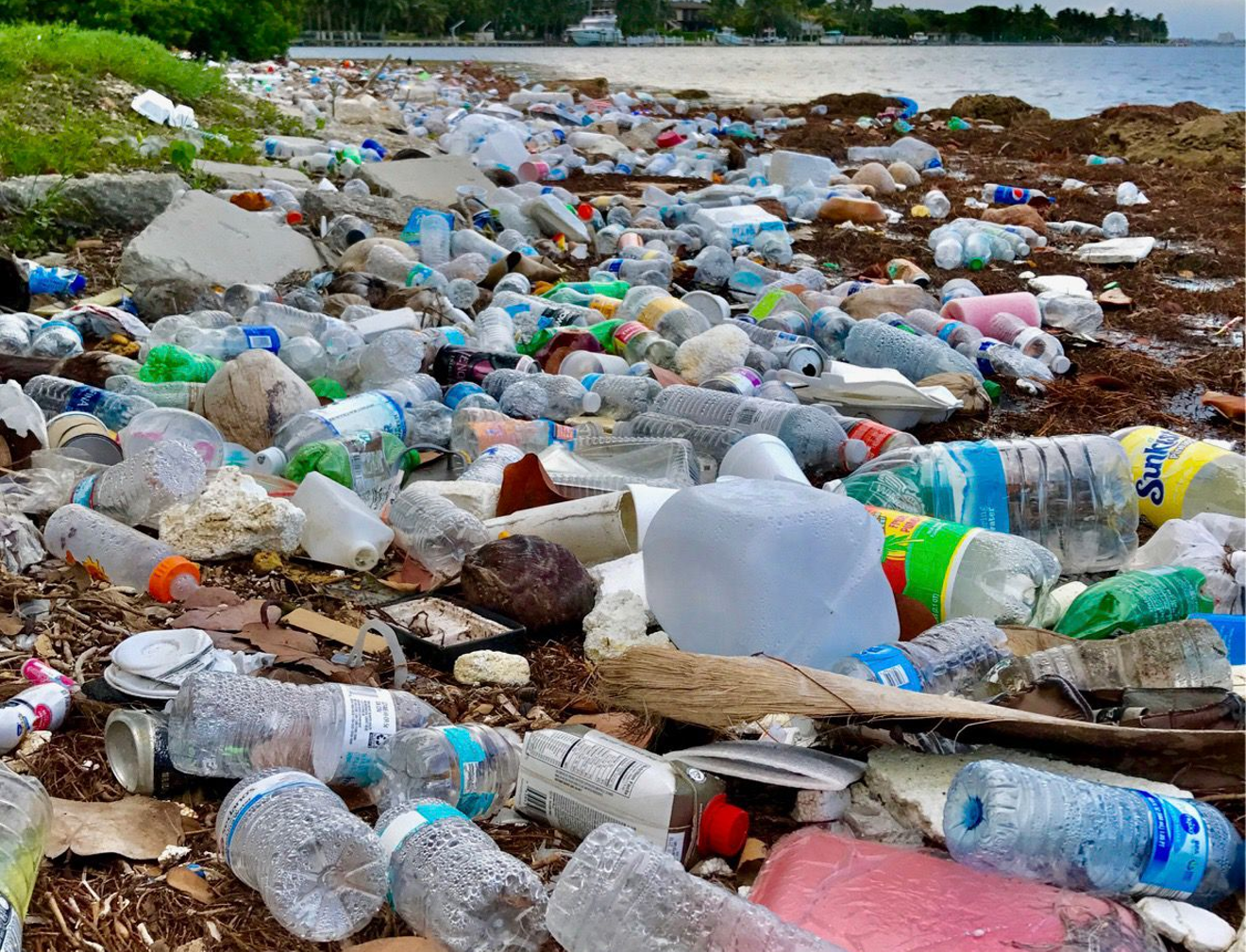 You might just as well call this an artist's conception of Miamians' recycling practices. Photo courtesy of VolunteerCleanup.org
Miami-Dade County's recycling rate has taken a nosedive in the past decade, plummeting from 46 percent in 2012 to 19 percent, according to the most recent data from the Florida Department of Environmental Protection (DEP). If that sounds bad, it is: In recycling only 19 percent of our total waste, we rank 37th among Florida's 67 counties.

It gets worse. Environmentalists say the crappy recycling rate isn't even our biggest problem. As the Miami Herald's Douglas Hanks recently reported, the county is running out of places to put all its trash. And that has a direct impact on our twin environmental crown jewels, Biscayne Bay and Everglades National Park.

"Every week we're picking up thousands of pounds of waste and plastic around the shorelines," Dave Doebler, environmentalist and cofounder of VolunteerCleanup.org, tells New Times. "We do six to ten cleanups around Biscayne Bay every weekend, and at each cleanup, we pick up about 200 pounds on average."

In 2008, the DEP set a statewide goal of getting county recycling rates to 75 percent by 2020, but few counties reached that metric, even when you figure in waste that's incinerated to produce energy. Some cities, like Hialeah, completely stopped recycling during the pandemic.

Miami-Dade's trash problem stems from several sources, including an aging and smelly incinerator facility in Doral, an expiring recycling contract with Waste Management Inc., and rising rates of contamination caused by people who throw unrecyclable trash into their recycling bins.

That last factor — contamination by food waste — is one of the most egregious contributors to the county's lousy recycling rate. At 49 percent, our contamination rate was so bad that a consulting firm hired to examine Miami-Dade's recycling program recommended performing a new study because they'd rarely encountered such a horrendous figure.

The county is specific about which items can be recycled (paper, aluminum cans) and which ones can't (plastic bags, pizza boxes). But those rules don't seem to be sinking in with local residents, who practice what Doebler calls "wish-cycling," i.e., throwing stuff into a blue recycling bin because they don't want it to wind up in a landfill.

That said, Doebler believes recycling shouldn't be our only focus if our aim is to protect the environment.

"Recycling is mostly a farce," says the environmentalist, referring to the fact that nearly half of all recyclables wind up in landfills. "There are some things we should recycle and recapture, like aluminum cans and cardboard, but the recycling story is a façade to get us to keep consuming, when we need to be reducing."

When recyclables are picked up from residential streets by city or county waste trucks, they're sent to a "Materials Reclamation Facility," where valuable materials are sorted and sold. Plastic — one of the main materials people recycle thanks to successful marketing campaigns by petroleum companies — is actually one of the least valuable recycling materials, and therefore is more likely to end up in the landfill, or, in Miami's case, in stormwater drains that feed into Everglades National Park and Biscayne Bay.

"The plastic ends up in Biscayne Bay," Doebler says flatly. "It is directly affecting our economy because we have single-use plastics on our beaches, our shorelines, our bay. It causes street flooding, and a dying bay directly affects property values and our tax base."

A 2020 report from Miami-Dade's Biscayne Bay Task Force stated that the bay and the county's watershed are at serious ecological risk of dying out without immediate "bold action" to improve water quality by reducing pollution — including pollution from single-use plastics.

Though residents ought to recycle, Doebler stresses the other two "Rs" of the popular recycling motto: reduce and reuse. By using fewer plastics and reusing glass containers, he says, Miamians stand a better chance of cutting back on waste than they do when they count on an unreliable recycling program.

And Doebler has a fourth "R" to add to the equation.

"The fourth one would be refuse, as in 'refuse single-use plastics,'" he says. "When you order food to take home, skip the straw, the plastic forks and knives, and the ketchup and soy packets if you aren't going to use them. If you don't need it, refuse it."
KEEP MIAMI NEW TIMES FREE... Since we started Miami New Times, it has been defined as the free, independent voice of Miami, and we'd like to keep it that way. With local media under siege, it's more important than ever for us to rally support behind funding our local journalism. You can help by participating in our "I Support" program, allowing us to keep offering readers access to our incisive coverage of local news, food and culture with no paywalls.
Make a one-time donation today for as little as $1.