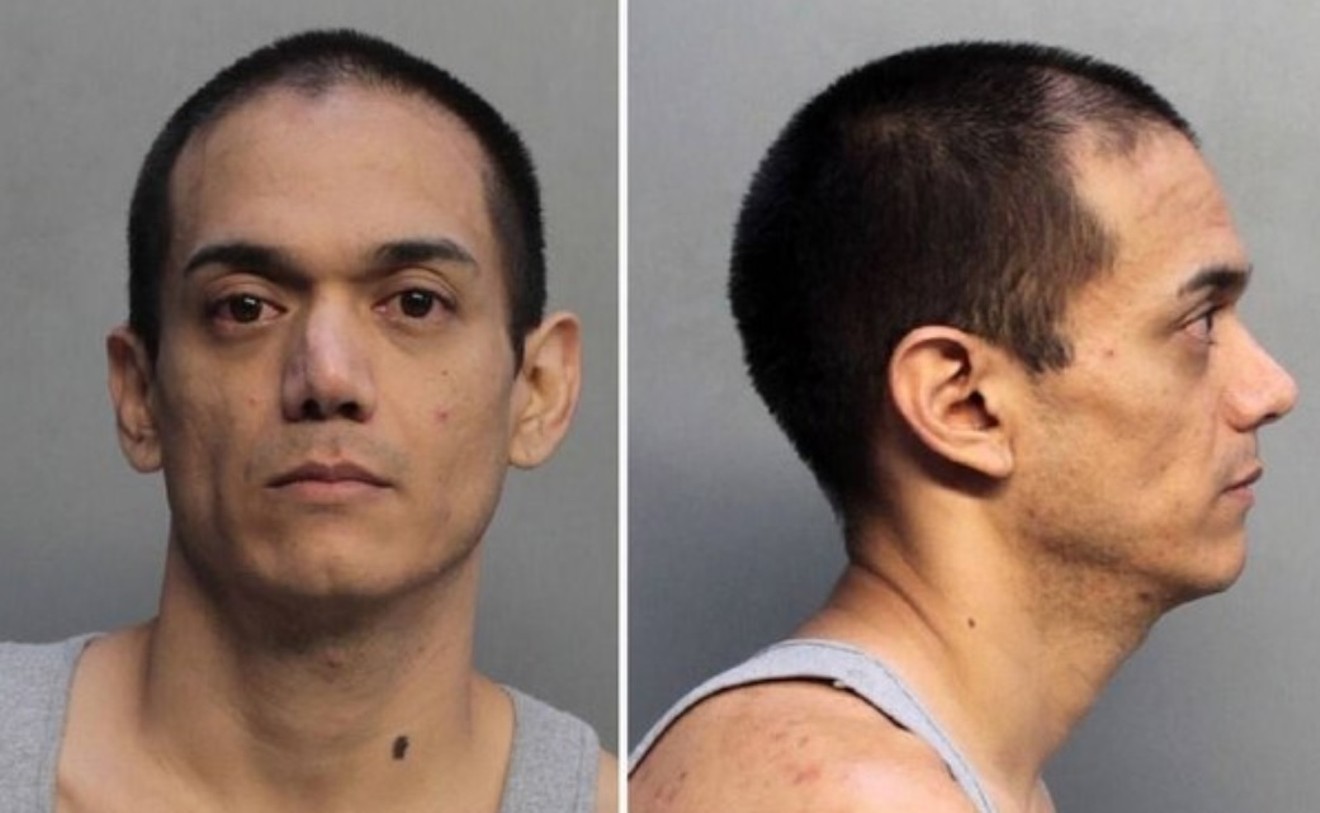 According to his June federal indictment, Deneumostier filmed 150 videos of himself having sex with men at his home in Miami-Dade County. The problem is, 80 of those men did not know they were being filmed. As the Miami Herald first reported earlier this year, Deneumostier posed as a woman on Craigslist under the username susanleon33326 and then blindfolded the men at his home in Homestead before having sex with them himself.

To make matters worse, it turns out law enforcement officials caught Deneumostier in part because he was having sex in a hotel room with a boy. According to a Herald report about the case from earlier this year, investigators in a separate May case busted Deneumostier in the Floridian Hotel in Homestead with a kid under the age of 18 who had been reported missing. Deneumostier reportedly admitted spending two days in the hotel room drugging and sexually assaulting the child. (He was charged in state court for having sex with a minor.)

In the meantime, U.S. Homeland Security Investigations agents were looking into Deneumostier's conduct running StraightBoyz. In June, a federal grand jury unsealed charges against him: Deneumostier reportedly told men on Cragislist that he was a "real, heterosexual female" in Homestead who was just looking to sleep with other men on the side.

“When the men ask for assurances that there are no cameras, he assured them that ‘she’s’ married to someone in the army and she would never photograph or video them,” arrest documents obtained by the Herald read. In actuality, however, “Deneumostier is video and audio taping the entire sexual encounter.”

Once the men arrived, Deneumostier would blindfold them and tell them to wait for "Susan" to arrive to have sex with them. Instead, Deneumostier had sex with the men himself while using an iPhone and iPad to record the encounters. (It's unclear if the men knew they were having sex with a man.) More than 80 of the men were allegedly tricked this way. Deneumostier then uploaded the footage to StraightBoyz.net for others' enjoyment. The website's owners in Madrid paid him about $3,000 per month for the video content. Though the website has since been shut down, many of the videos are reportedly available on other streaming websites.

"Deneumostier admitted that he recorded himself engaging in sexual activity with approximately 150 men that were featured on his website and that approximately 80 of those did not know that he was recording them," prosecutors announced today.
KEEP MIAMI NEW TIMES FREE... Since we started Miami New Times, it has been defined as the free, independent voice of Miami, and we'd like to keep it that way. With local media under siege, it's more important than ever for us to rally support behind funding our local journalism. You can help by participating in our "I Support" program, allowing us to keep offering readers access to our incisive coverage of local news, food and culture with no paywalls.
Make a one-time donation today for as little as $1.