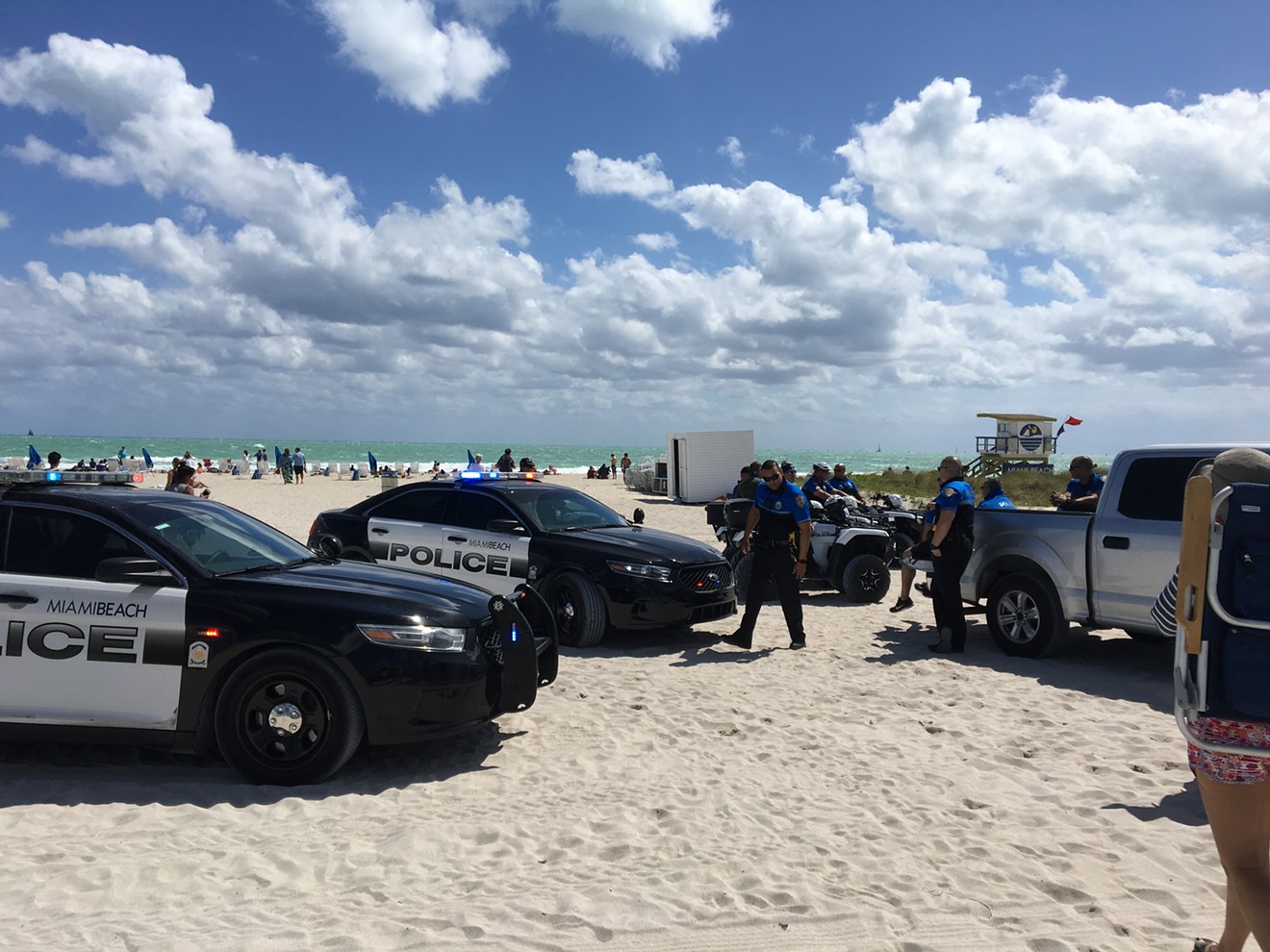 Brittany Shammas
In 2010, Miami-Dade County Police became the first law enforcement department in the nation to buy a drone. The $50,000, flying robot was paid for with a U.S. Department of Justice grant. But although buying an expensive drone is easy enough, figuring out how to legally fly what is basically a garbage can full of privacy-invading cameras is hard to do. So MDPD's drone has sat virtually unused since 2011.

That fact did not deter Miami Beach Police from recently buying two drones for $17,000.

City Manager Jimmy Morales announced the -buy in a letter to the Miami Beach City Commission last week, stating the department believed it needed a drone to monitor "life-threatening" situations in the Beach's high-rises. If a crazed person with a gun is barricaded inside a 34th-floor apartment, a drone could, theoretically, be used to get a good look at the situation.

"In a city of high-rise buildings and open space, there are circumstances in which it will be critical for the police department to have [unmanned aircraft systems'] flight and camera capability to see into areas where a threat exists (e.g., a gunman or a hostage-taker in a high-rise apartment) or to look for a lost child or missing person in a park or on a beach," Morales wrote March 15.

MBPD spokesperson Ernesto Rodriguez said Friday he could not immediately list the exact make or model of the drones Miami Beach bought. One of the drones will be used in the field, and one is a training unit. The letter to the commission says the department has been working for two years to buy a drone.

But the city manager also included MBPD's full policy statement about when, where, and why officers are allowed to use the hovering robot. MBPD won't be allowed to deploy the drones unless "swift action is needed to prevent imminent danger to life or property." So the department can't fly the bots over any crowd it pleases. But once the cops determine there's an "imminent" threat, they'll be legally allowed to use the drones to get a bird's-eye view of crime scenes or to fly during search-and-rescue operations.

The policy also authorize vaguer usage for "tactical deployment" in "emergency situations" when there's "imminent danger." Likewise, the drones can be used for "visual perspective" purposes for crowd control or traffic direction in emergency situations.

When the Miami-Dade Police Department bought its drone in 2010, lawmakers and residents feared that cops would fly tiny cameras next to every window in the county. But that reality hasn't come to pass thanks to the Federal Aviation Administration. Both Miami-Dade and Miami Beach PD can fly their drones only according to FAA procedure — which says drones must be flown lower than 400 feet, away from people, and in the operator's constant sight.

But regardless of FAA rules, any police drone program deserves a healthy dose of scrutiny. this year, the Los Angeles County Sheriff's Department also bought some new drones, but after that department in 2012 was caught using a small plane to spy on Compton residents, the LA Times warned its cops not to abuse their surveillance tools again.