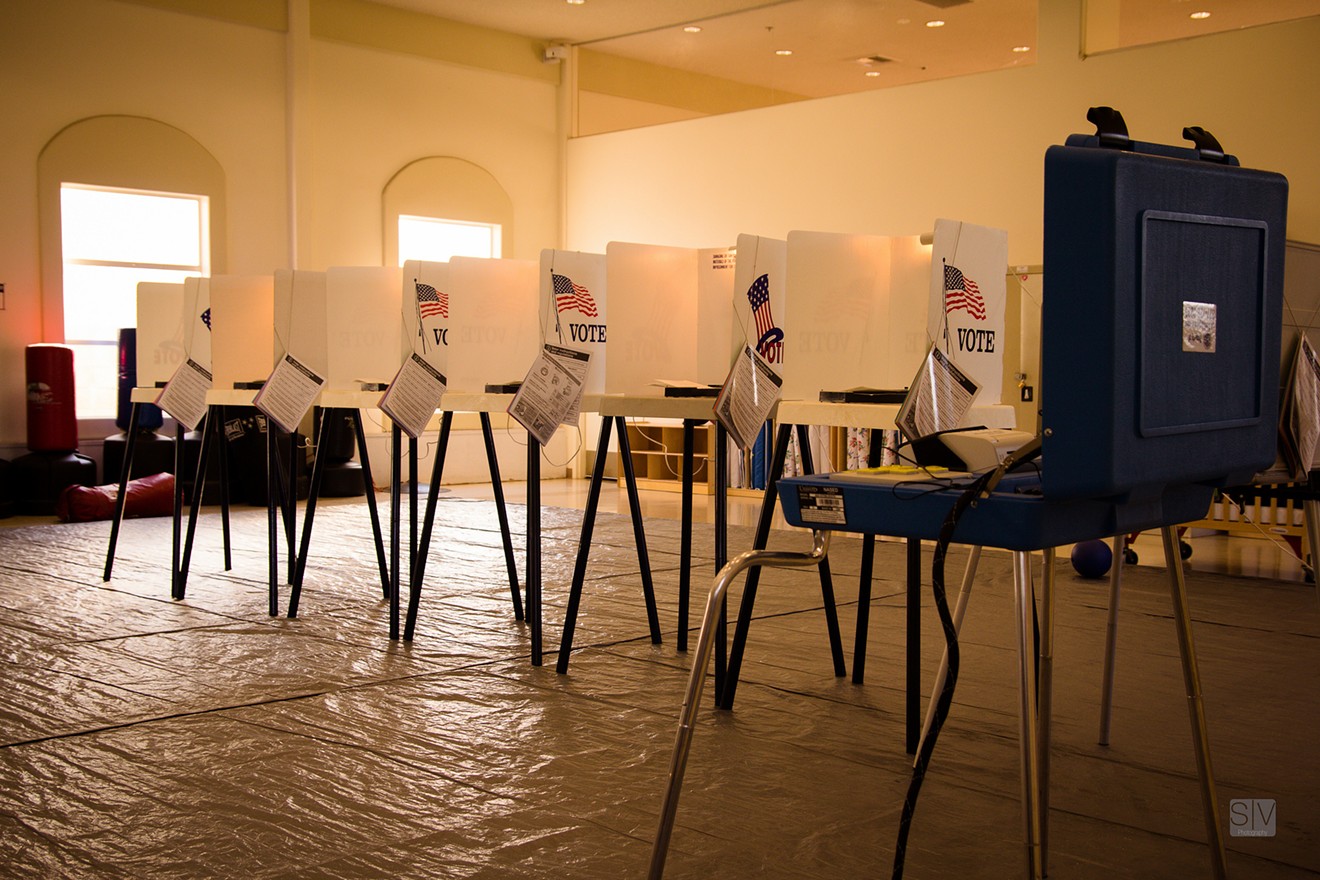 Florida's Amendment 4 was meant to restore voting rights to most felony offenders after they complete their sentences. Photo by Stephen Velasco / Flickr
Until last year, Florida was operating under a literal Jim Crow-era law that prevented felons from voting after their prison terms ended — a law written by white supremacists who very explicitly did not want newly freed slaves at the ballot box. Since the state Legislature had no interest in fixing the law, Florida voters did it themselves, approving a constitutional amendment via referendum in 2018.

That law was supposed to automatically restore voting rights for former prisoners (excluding those convicted of murder and sexual felonies) when their sentences were over. But Florida Republicans clearly weren't happy about that and passed a law forcing ex-inmates to pay a slew of exorbitant court fines and fees before getting their rights back — a law derided as a 21st-century version of a Jim Crow-era "poll tax."

Now, a study released late last week from New York University's Brennan Center for Justice adds fuel to the argument that the bill is transparently designed to prevent black people from voting. The center analyzed voter registration data from the time Amendment 4 passed in November 2018 until the new restrictions became law this month and found that black men had been registering to vote at a rapid clip.

"By looking at voter registration data since Amendment 4 went into effect, we can see that black and low-income returning citizens are dramatically impacted by this new legislation," the study's authors warned.

Between January and March, 44 percent of the state's newly registered voters were black. In contrast, black Floridians make up just 13 percent of the current pool of voters. Newly registered voters also tended to have lower incomes than the electorate at large — the typical income for a formerly incarcerated Florida voter is $15,000 less than the state average, the center wrote.

Brennan Center for Justice
When Amendment 4 passed last year, it seemingly restored voting rights to more than 1.4 million Floridians —  the largest act of voter enfranchisement since the passage of the Voting Rights Act of 1965. While the law wasn't necessarily going to turn Florida blue overnight, Amendment 4 unquestionably was set to alter Florida's electorate in massive ways. Prior to November 2018, the state's voting laws had been remarkably draconian, and it's fair to say Republicans were dominating elections in part because of obvious suppression of black and poor voters.

But WLRN reporter Danny Rivero first warned in January that the amendment's language essentially created a loophole that allowed lawmakers to force the formerly incarcerated to pay huge sums of money before they could vote again. Amendment 4 states that former inmates must complete all aspects of their sentences before regaining their rights. The amendment's authors have said they meant any prison time, probation, and restitution owed to victims or the state. But Florida Republicans conveniently interpreted this to include any additional fees levied by state courts — even though Florida court fees are often nonsensically large and have virtually nothing to do with restitution to victims or prisoner rehabilitation.


.@BrennanCenter released a new report about who would be impacted by Florida's Amendment 4 bill on felon voting rights:

"There can be no mistaking the racial and class implications of this regressive new legislation."https://t.co/evSElOVQ96 pic.twitter.com/I9K2a2DwFz

It's unknown how much is currently owed to courts statewide, but Rivero in January reported that outstanding court fines in Miami-Dade County exceed $278 million. (Some more cynical observers also worry that Florida lawmakers could add additional court fines in the coming years to make it even harder for ex-prisoners to get their rights back.) Since 1998, Florida's courts have been funded almost entirely by court fees levied on defendants, rather than from taxes.

Florida lawmakers defended themselves this year by noting that Amendment 4's language technically gave them the option to force inmates to pay all their court debts. But the added court-fine order was not mandatory; Florida Republicans simply chose to enact an optional law that will likely keep some Democratic voters from the ballot box.

"The impacts of the criminal justice system fall heavily on lower-income and minority communities," the Brennan Center states. "Felony disenfranchisement policies, by extension, disproportionally strip these communities of their political power."
KEEP MIAMI NEW TIMES FREE... Since we started Miami New Times, it has been defined as the free, independent voice of Miami, and we'd like to keep it that way. With local media under siege, it's more important than ever for us to rally support behind funding our local journalism. You can help by participating in our "I Support" program, allowing us to keep offering readers access to our incisive coverage of local news, food and culture with no paywalls.
Make a one-time donation today for as little as $1.