Donna Shalala Must Be Stopped 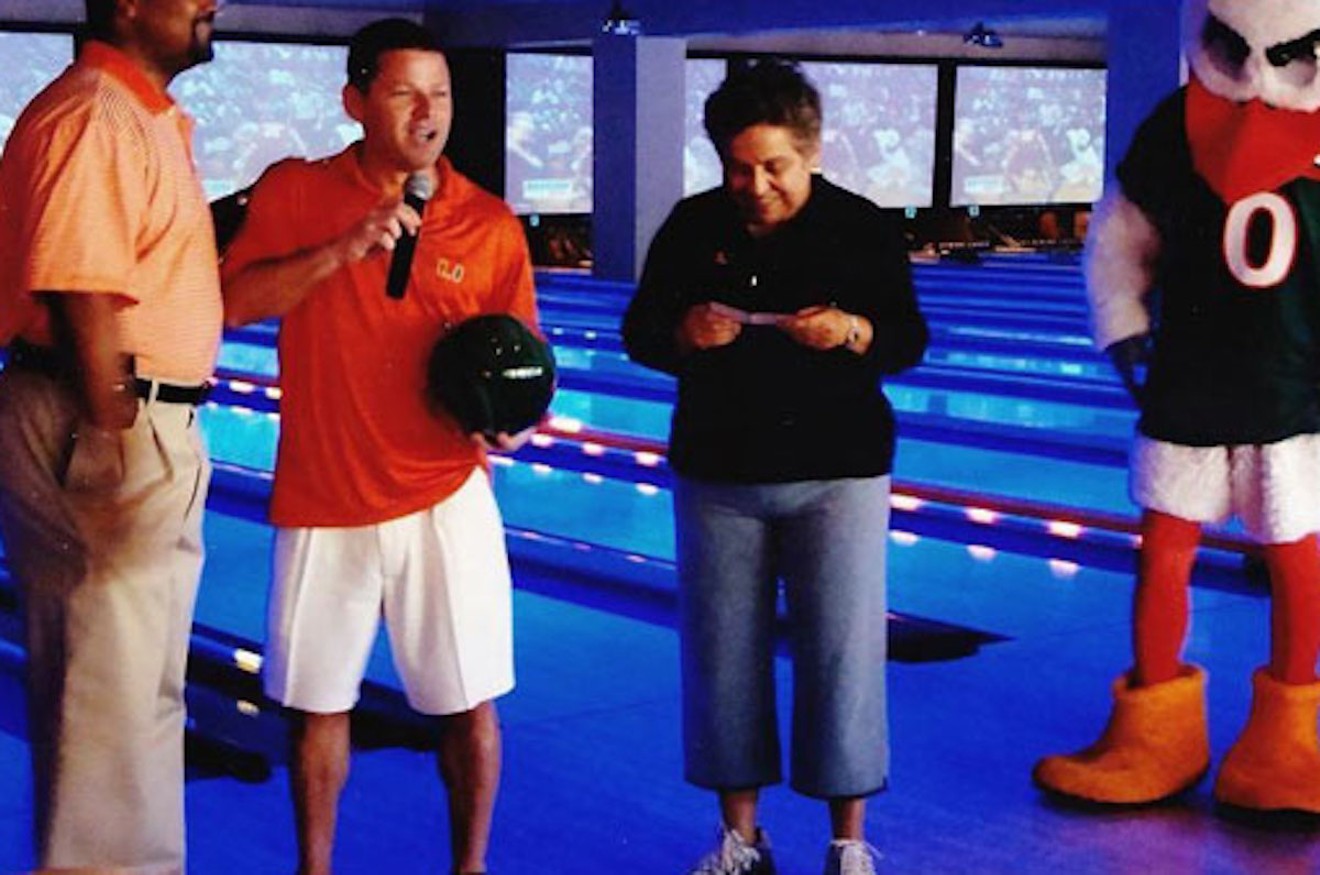 Democrats haven't had much to celebrate in South Florida recently, but they're pretty sure they can gain back a Congressional seat this fall with Ileana Ros-Lehtinen retiring from a heavily blue district. Among the cluster of eight candidates slugging it out in the primary, there are some legitimately good options like state Sen. Jose Javier Rodriguez, Rep. David Richardson, city Commissioner Ken Russell, and former federal judge Mary Barzee Flores.

But all those campaigns are now under threat from the most recognizable name by far to test the waters. Former University of Miami president and Clinton cabinet member Donna Shalala has hired a pollster and registered websites this week, hinting strongly at a run for the seat.

She must be stopped.

Shalala is just the kind of Clinton throwback that's anathema to the party base in the era of the #Resistance, but more than that, her record is clear that she sucks on everything from union busting to medical marijuana to not getting scammed by Ponzi schemers.

She Let UM Get Taken by Nevin Shapiro
Under Shalala's watch, one of Miami's biggest-ever Ponzi schemers got so close to the football team that his name was stenciled onto a plaque in a student lounge and tens of thousands of his checks were cashed into the school's accounts. Shalala hardly kept her own distance — check the famed photo above where she gleefully takes a check from Shapiro at a bowling alley while soon-to-be-disgraced basketball coach Frank Haith (and poor Sebastian the Ibis) look on.

The school later had to repay $83,000 after Shapiro's $930 million scheme blew up, costing the football program years in self-assessed recruiting penalties. But Shalala shamefully never took any of the responsibility for the fiasco (though there were plenty of signs that Shapiro was far from a reputable character even before his scheme exploded).

It was far from her only scandal at the school, though:

Union Busting and Sexual Harassment
Shalala was president when the school's hilariously underpaid janitorial staff went on hunger strike, protesting union-busting moves by their contractor, who refused to recognize a simple majority who wanted to join a union and push for higher wages and benefits. Shalala sided with the contractor, who eventually forced the janitors to accept rules requiring well above that simple majority to push for unionization, ignoring personal pleas from the hunger strikers and civil rights leaders.

As president, Shalala was hauling in $913,000 annually — roughly 37 times the wages of those striking janitors, Slate reported at the time.

That wasn't her only nationally televised pushback as president. Critics also pounced over her handling of a sexual harassment complaint against Colin McGinn, a prominent professor. Shalala defended her actions, including pushing McGinn out of his tenured job — telling New Times that "no good deed goes unpunished" — but the lawyer who represented the victim complained that Shalala had essentially quietly shuffled out an abuser.

“For centuries, the standard way Catholic bishops handled child sexual abuse by priests was to move them quietly to a new job and keep mum,” she says. “Donna Shalala doesn’t quite look like a Catholic bishop, but I am astounded how much she seems to have borrowed from their playbook in steering the University of Miami after one of its graduate students.”


She Hates Medical Pot
Unless she's changed her tune in recent years — and nothing online suggests she has — Shalala has waged a long campaign against medical pot and in favor of the War on Drugs.

As Health and Human Services secretary in 1996, she blasted California and Arizona's moves to allow medical weed. Check out this insight, via the LA Times:

"All available research shows marijuana is dangerous to your health," she said. "Marijuana harms the brain, the heart, lungs and immune system. Marijuana limits learning, memory, perception, judgment and our ability to drive a car."

She also wrote an op-ed in the Wall Street Journal bashing the trend, writing that "it is surprising that some people in Washington and elsewhere continue to bring up the issue of legalizing marijuana and other illicit drugs. That would be a huge mistake."

(Incidentally, as UM president she also lined up against a push to lower the legal drinking age to 18.)

If Shalala does jump into the race, there's a decent chance name recognition alone would carry her through such a crowded primary field. And it's a solid bet that any Democrat can win back that seat.

But a pot-hating Clinton-era throwback is the opposite of what progressive Dems are rallying behind in 2018. And the last thing this poor, battered nation needs is even a sliver of a chance that Bruno "Marlins Stadium Fiasco" Barreiro might sneak into DC as the Republican nominee.