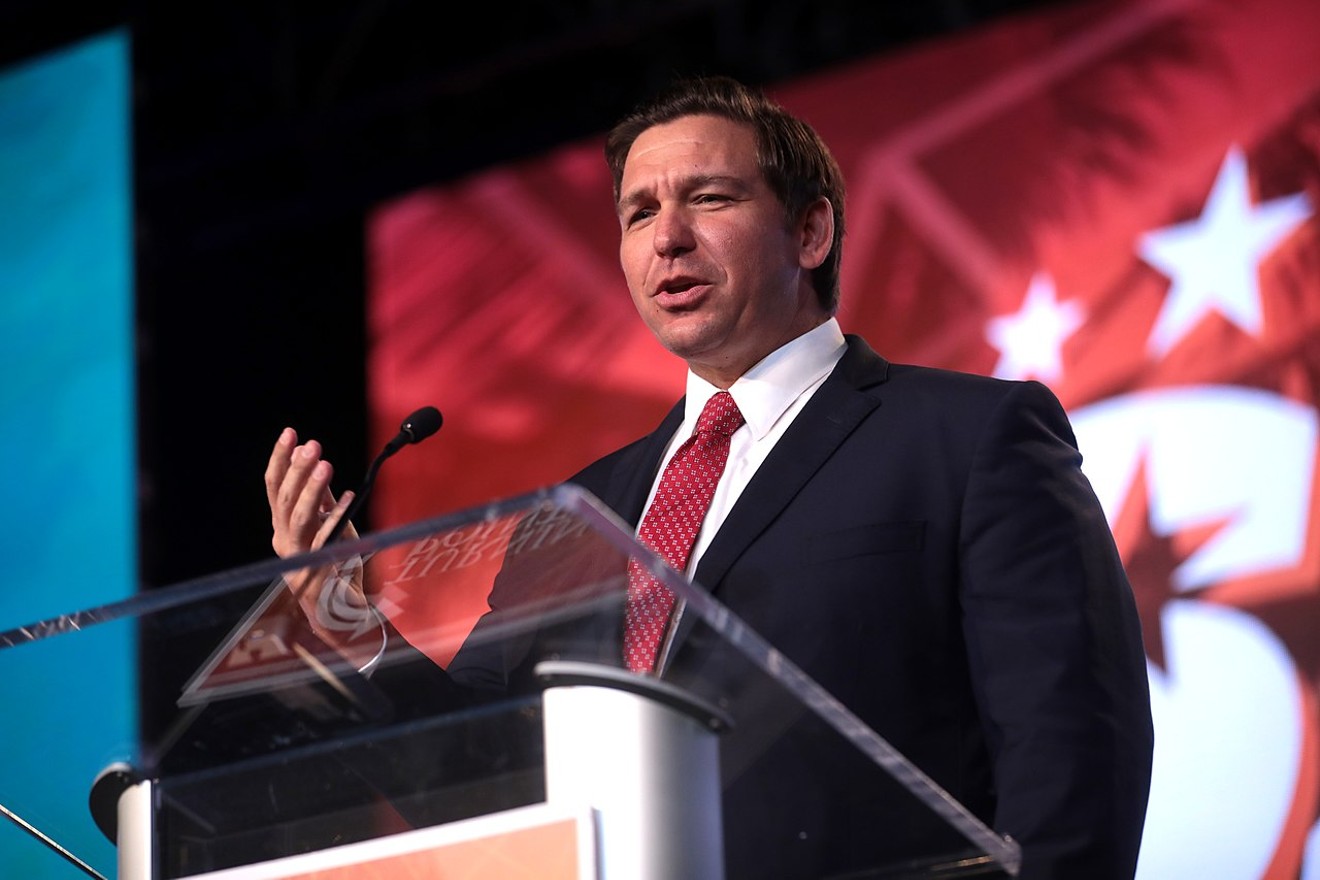 Originally proposed by Gov. Ron DeSantis in September as the Combatting Violence, Disorder, and Looting and Law Enforcement Protection Act, the two companion bills in the state Senate and House of Representatives attempt to crack down on protesters deemed to be participating in a "riot" or "unlawful assembly" and limit the rights of local governments to reduce police budgets.

In a scathing January 7 public statement, the Center for Biological Diversity condemned the bills as an affront to Floridians' constitutional rights and called the proposed legislation "shockingly un-American."

Jaclyn Lopez, the center's Florida director, says the bills could have unintended consequences for groups that protest for environmental causes.

"It's a very disturbing turn of events in Florida to see our leaders moving in the direction of fascism," Lopez tells New Times. "The threat to environmentalists may not be obvious, but the point [of these bills] is to squash the First Amendment rights of people who want to speak out. It might be someone protesting for racial equality or someone speaking out for clean water."

As proposed, some provisions of the bills include:
Environmentalists at the Sierra Club, a national nonprofit with a track record of protesting environmental threats like oil pipelines and dredging in Florida's wetlands, have also publicly opposed the legislation.

"[Protesting] is the basis on which Sierra Club works. We put pressure on decisionmakers and make clear the will of the people," says Cris Costello, a senior organizing manager for the Sierra Club. "Without protection from misguided attempts to rein in that right to demonstrate, we are at a serious disadvantage."

Both organizations, which have histories of supporting civil-rights movements such as Black Lives Matter, are speaking out against the bills before the Florida Legislature begins its regular session in March.

Although the current versions of the bills were introduced last week after the attacks by pro-Trump rioters on the U.S. Capitol in Washington, D.C., DeSantis initially proposed the legislation in the wake of last summer's Black Lives Matter protests.

"The fact that the legislation was thought up and realized after the movement for Black lives around Florida — that's not lost on us," Costello tells New Times. "We're no dummies."

The bills would give Florida some of the harshest laws against protesters in the U.S. DeSantis previously said in an interview with Tucker Carlson that he was concerned while watching protests in Minnesota after the death of George Floyd and frustrated by the local governments that ordered police to hold back during demonstrations. But the governor's proposal drew calls of fascism from civil-rights groups and the British publication the Independent.

The language in the bills specifically criminalizes participating in "riots" and "unlawful assemblies," but Lopez and Costello worry those terms will be used subjectively by law enforcement officers or elected officials to crack down on any movement they disagree with, including movements for environmental justice.

"This proposal isn't truly intended to address rioting. It is written in a way to crush free speech. Floridians of all stripes should be worried because things can shift very quickly depending on who's in power," Lopez says.
KEEP MIAMI NEW TIMES FREE... Since we started Miami New Times, it has been defined as the free, independent voice of Miami, and we'd like to keep it that way. With local media under siege, it's more important than ever for us to rally support behind funding our local journalism. You can help by participating in our "I Support" program, allowing us to keep offering readers access to our incisive coverage of local news, food and culture with no paywalls.
Make a one-time donation today for as little as $1.