Save Our Views! Proposed Ordinance Seeks to Ban Mangrove Planting in City Parks 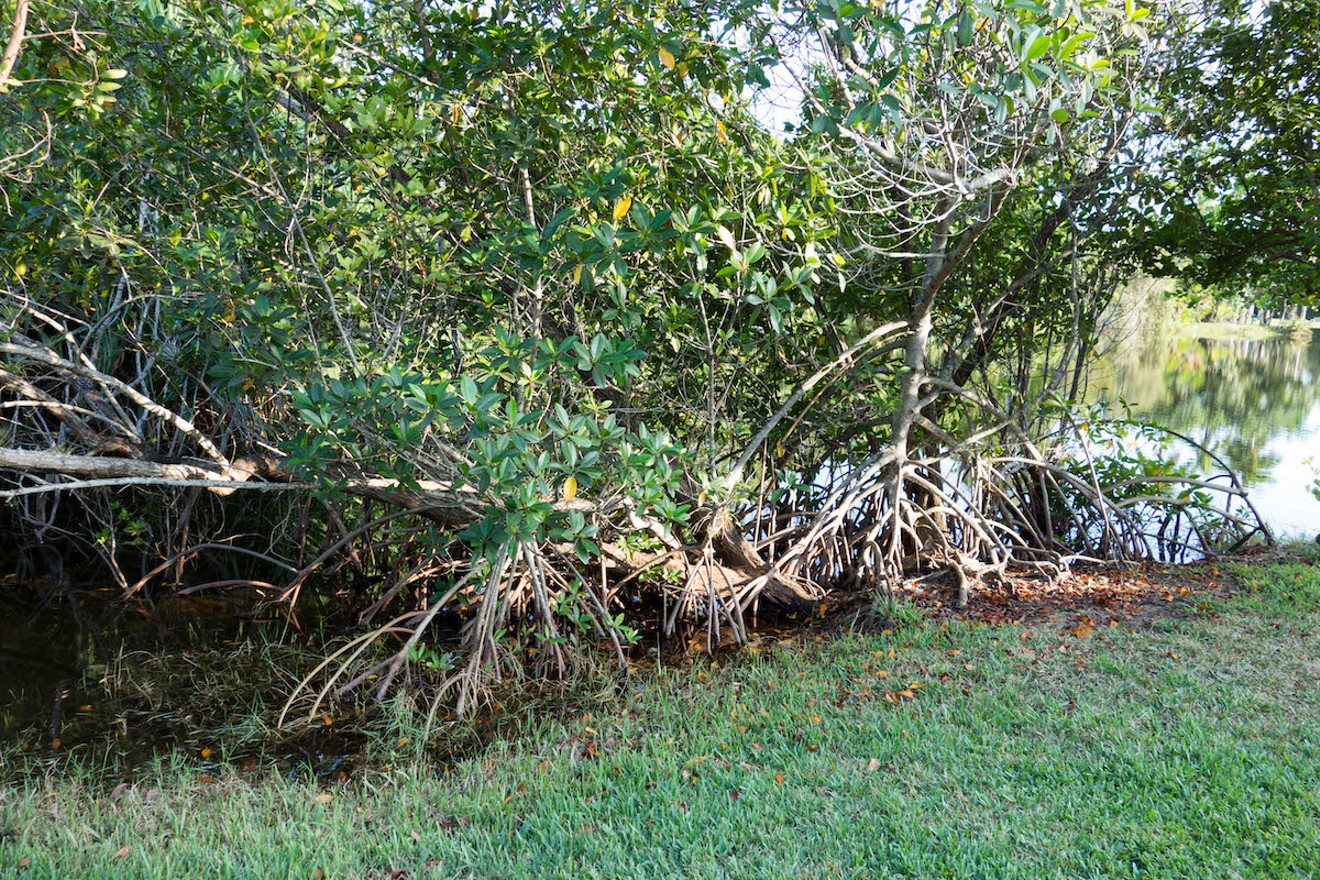 Environmentalists worry that the proposed law would be a setback for the city's resiliency efforts. Photo by Kent Wang via Flickr
What is more important: mangroves or waterfront views?

That's the question City of Miami commissioners will address when they vote on a controversial ordinance that would ban the planting of "mangroves and tall-growing plants" in the water or near the shoreline at city parks. The goal: "protecting wide views of the City’s waterfront" and "protecting the City’s waterfront recreational open space," both of which, the ordinance states, are "important public benefits."

On the topic of important public benefits, mangroves, with their long roots and dense growth, might be the region's best natural defense against rising seas and hurricanes. Environmentalists worry that the proposed law would be a setback for the city's resiliency efforts.

"Mangroves are a key part of almost every plan for resilient coastlines that have been made in this region," Rachel Silverstein, executive director of Miami Waterkeeper, tells New Times. "In my opinion, this would really show the nation that Miami is not serious about resiliency and sea-level rise."


TAKE ACTION—Tell City of Miami commissioners to vote no on banning #mangroves.

Yes, you read that right. The City of Miami is hearing an ordinance that would prohibit mangroves from being planted in city parks.


Commissioner Joe Carollo, whose district comprises not a single waterfront city park in the neighborhoods of Little Havana, East Shenandoah, West Brickell, and parts of Silver Bluff, sponsored the ordinance, which received its first reading during the May 12 commission meeting. It comes up for a vote on Tuesday, May 31 (tomorrow).

Commissioners Christine King, Manolo Reyes, and Carollo did not respond to New Times' request for comment via email Friday afternoon.

In a phone call, Commissioner Ken Russell said he intends to vote against the mangrove ban.

"The counter-voice here is that they don't want views blocked to the waterfront," Russell says. "What's not being realized is that if your home is completely subject to the storm surge with no protections whatsoever, what good is that view?"

The proposal has left local environmentalists puzzled, given the extensive documented benefits mangroves provide to coastal communities when it comes to storm surges and sea-level rise. Miami Waterkeeper's Silverstein explains that the trees stabilize Florida's coastline, help prevent erosion, and capture carbon dioxide and other greenhouse gases to help combat climate change. And for a wide range of wildlife, from fish to birds to threatened marine animals like manatees and sea turtles, they're home.

"If you like to fish, then you like mangroves!" reads part of an email petition campaign created by Miami Waterkeeper. "Tell the City of Miami Commissioners that you do not want them to ban the planting of mangroves at City parks."

The county and city have spent decades trying to restore mangroves, which have been replaced with sea walls over the years as Miami's built environment has come to dominate the shoreline. Though seawalls have emerged as the principal method to separate Florida's land from the sea, science suggests that mangroves might work better. The City of Miami previously suggested a hybrid solution combining mangroves and other landscaping for the new coastline of Morningside Park, which has long with plagued by severe flooding, especially during king tides, which bring exceptionally high water levels during autumnal new and full moons.

If it passes, the proposed ordinance will prohibit new mangroves from being planted in city parks, which, Silverstein notes, are "some of the last places that we have to actually put mangroves." She worries the city could face a major setback in terms of sea-level rise and resiliency planning.

"Mangroves are an absolute gift for this community," she asserts. "I really think that it would be a detriment to this community if we did not do everything we could to encourage planting mangroves in every available place."
KEEP MIAMI NEW TIMES FREE... Since we started Miami New Times, it has been defined as the free, independent voice of Miami, and we'd like to keep it that way. With local media under siege, it's more important than ever for us to rally support behind funding our local journalism. You can help by participating in our "I Support" program, allowing us to keep offering readers access to our incisive coverage of local news, food and culture with no paywalls.
Make a one-time donation today for as little as $1.