What Can Black Miami Historian Marvin Dunn Teach Under the Stop WOKE Act? 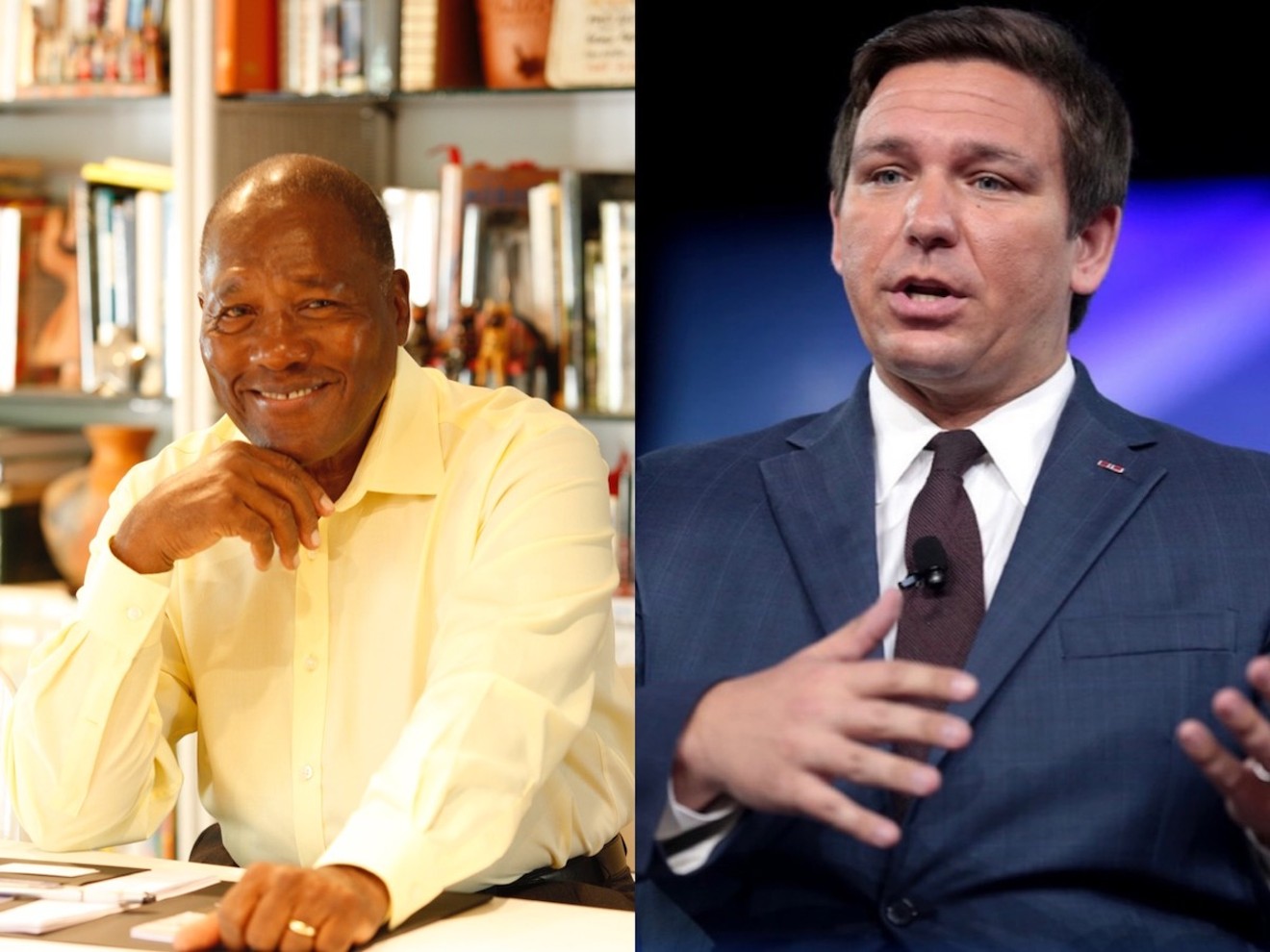 How is Dr. Marvin Dunn supposed to teach under Florida's new Stop WOKE Act? Courtesy of Marvin Dunn/Photo by Gage Skidmore, Flickr
A decade and a half after retiring from Florida International University (FIU) as a psychology professor, longtime Black Miami historian Dr. Marvin Dunn wants to return to the classroom to teach a special course on the history of race relations in Florida.

But, Dunn says, he isn't sure what he will be allowed to teach now that Florida Gov. Ron DeSantis has signed the so-called Stop WOKE Act. The bill, which bans educators and corporations from broaching certain topics about race, was designed in part to prevent white people from feeling "shame" about their race. Critics have also decried it as vague, confusing, and hard to enforce.

One part of the bill reads, "[A] person should not be instructed that he or she must feel guilt, anguish, or other forms of psychological distress for actions, in which he or she played no part, committed in the past by other members of the same race or sex."

Last week, in a series of more than 40 tweets addressed directly to DeSantis, the 81-year-old author of Black Miami in the Twentieth Century sought to find clarity as to what he would be permitted to include in his syllabus.

He wanted to know: Can he tell students about the time the University of Florida denied him admission in the '60s because he was Black? How about the times he was forced to use the "colored" beach as a boy while growing up in Miami?

"Since the governor has placed himself in every classroom in the state, he has to give us some guidance," Dunn explains to New Times. "So, I wanted to just put those obvious questions before the governor — and I have many more."

"Gov DeSantis until the 1950s only white people could serve on juries in Florida. Did that mean that the whites were privileged? May I share this history with students?" Dunn asked in a tweet.

In another, he asked, "Gov DeSantis, when I was a little boy growing up in Florida I had to drink from the 'colored ' fountain at the Volusia County Courthouse. The 'white' water was cool but ours was warm. This made me feel bad. May I share this with students in Florida?"

DeSantis' office did not respond to New Times' request for comment via email.

According to the NAACP Legal Defense Fund, critical race theory (CRT) is "an academic and legal framework that denotes that systemic racism is part of American society." Dunn defines CRT as "a view that American institutions have evolved based upon racially discriminatory policies that have hurt Black people over the generations."

#GovRonDeSantis #blacktwitter
Gov DeSantis, when I attended school in Volusia County, I was one of the students they sent to the white school to collect their used books because they were getting new ones. This was institutional racism. Am I allowed to share that with students? pic.twitter.com/5XjjtONVs7

In that context, it's hard to imagine Dunn not teaching CRT in a course about race relations unless he completely disregarded his own lived experience and the systemic racism he endured firsthand.

After spending years helping his father as a migrant worker in Central Florida during the Jim Crow era, Dunn moved to South Florida with his family at age 11, when Miami was still a segregated city.

For 35 years, he taught at FIU. In 2000, he was appointed chair of the university's psychology department and remained in the position until he retired in 2006. Following George Floyd's killing by Minneapolis police in 2020, Dunn came out of retirement and helped establish the Miami Center for Racial Justice as a "safe space" for dialogue on racial issues and Florida's history of racism. He believes it's absurd to shield anyone from factual history merely because it might cause discomfort.

"It's a shallow, shallow reason to tiptoe around the horrific incidents in Black history in this country, and especially in Florida," Dunn asserts. "Are we not to teach about the Holocaust because somebody might get upset, knowing what happened?"

At FIU, Dunn says, he never experienced censorship or intimidation while teaching about race and racial history — and he doesn't intend to let the recent legislation change that, even if it means risking he might be reported or fired.

"Am I afraid that if I do offer the course that I will be challenged or relieved of duty?" he says. "Yes, I am."

Dunn has yet to formally reach out to FIU about teaching the course, but he anticipates asking the university in the next week or so.

"Well, I won't wait for the governor to let me know," he adds with a shrug.
KEEP MIAMI NEW TIMES FREE... Since we started Miami New Times, it has been defined as the free, independent voice of Miami, and we'd like to keep it that way. With local media under siege, it's more important than ever for us to rally support behind funding our local journalism. You can help by participating in our "I Support" program, allowing us to keep offering readers access to our incisive coverage of local news, food and culture with no paywalls.
Make a one-time donation today for as little as $1.