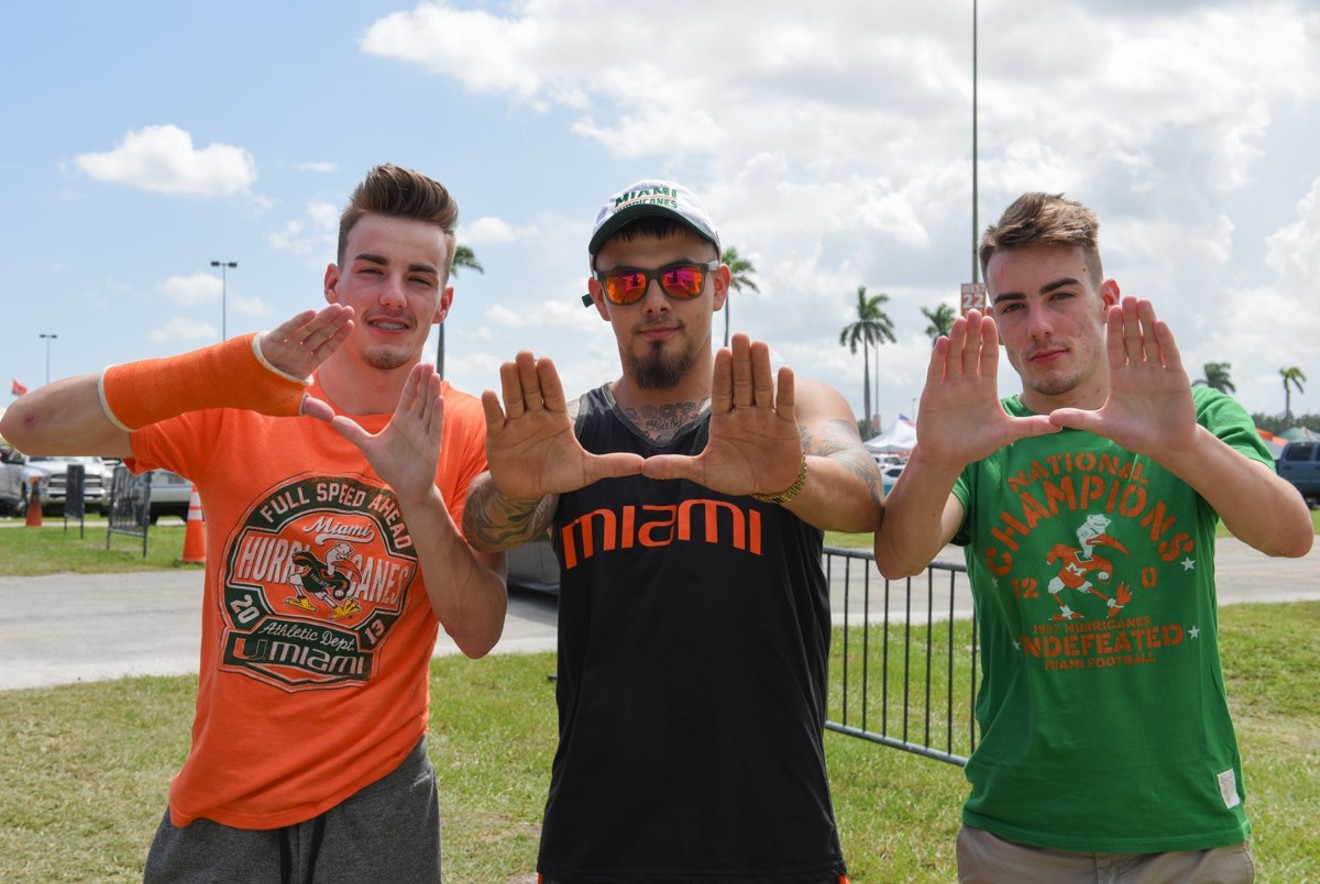 After Saturday night's 28-10 undressing of the No. 13 Virginia Tech Hokies, the Miami Hurricanes are officially back on the college football map. The huge win moved the Cane up two slots in the AP rankings to No. 7 and kept them steady in the coaches' poll at No. 6. Right now, winning is the Miami Hurricanes business, and business is good.

But a lot of fans outside South Florida can't seem to handle it when the Canes are good — and for whatever reason, many have resurrected the long-lost racist meme of insisting the UM squad is full of "thugs."


When the racists come out, you know THE U is back. pic.twitter.com/maYG8Agm8S

#VTvsMIA The gold chain is the most Miami thug shit. So typical lol

GG Miami. Will see you next year. ACC officials, I see your paycheck signed "Thug U". #GoHokies

Lol what an idiot. Miami is and always will be Thug U https://t.co/mySx665Nhj

Flat-out ignorance, old-fashioned stereotyping, or run-of-the-mill racism are the only logical explanations for why Canes players have  been put down as "thugs" since the '80s. There is truly no other rationale for such a pattern.

If you've paid attention to American culture for the past ten years, it should come as no shock that "thug" is almost an established racial epithet.

"The truth is that 'thug' today is a nominally polite way of using the N-word," John McWhorter, an associate professor of English and comparative literature at Columbia University, recently told NPR. "Many people suspect it, and they are correct. When somebody talks about thugs ruining a place, it is almost impossible today that they are referring to somebody with blond hair."

This Hurricanes team has done nothing to deserve a "thug" label other than simply having some talented stars who are black and who have embraced hip-hop culture with the team's gold "turnover chain."

In fact, this Miami team has had almost no off-the-field discipline problems. The Florida Gators just this season have nine players who've faced multiple potential felony charges related to an alleged credit card fraud scheme. There's a fair argument that in recent years, fellow Sunshine State programs in Gainesville and Tallahassee have both established much worse off-the-field reputations than UM.

Yet if you paid attention to Twitter this weekend, it was Miami full of thugs. Weird!

Truth is, hating on the Miami Hurricanes is a time-honored college football tradition. There's been an entire ESPN 30 for 30 episode about the Notre Dame-Miami "Catholics vs. Convicts" stereotype.

It's killing UM haters that Miami is once again kicking their favorite teams' asses. "Thugs" is the easiest hurtful retort. It's lazy, and it's often racist.

But that's cool. Just make sure your team is filled with choirboys, and keep taking those ass kickings from the Canes on Saturdays.