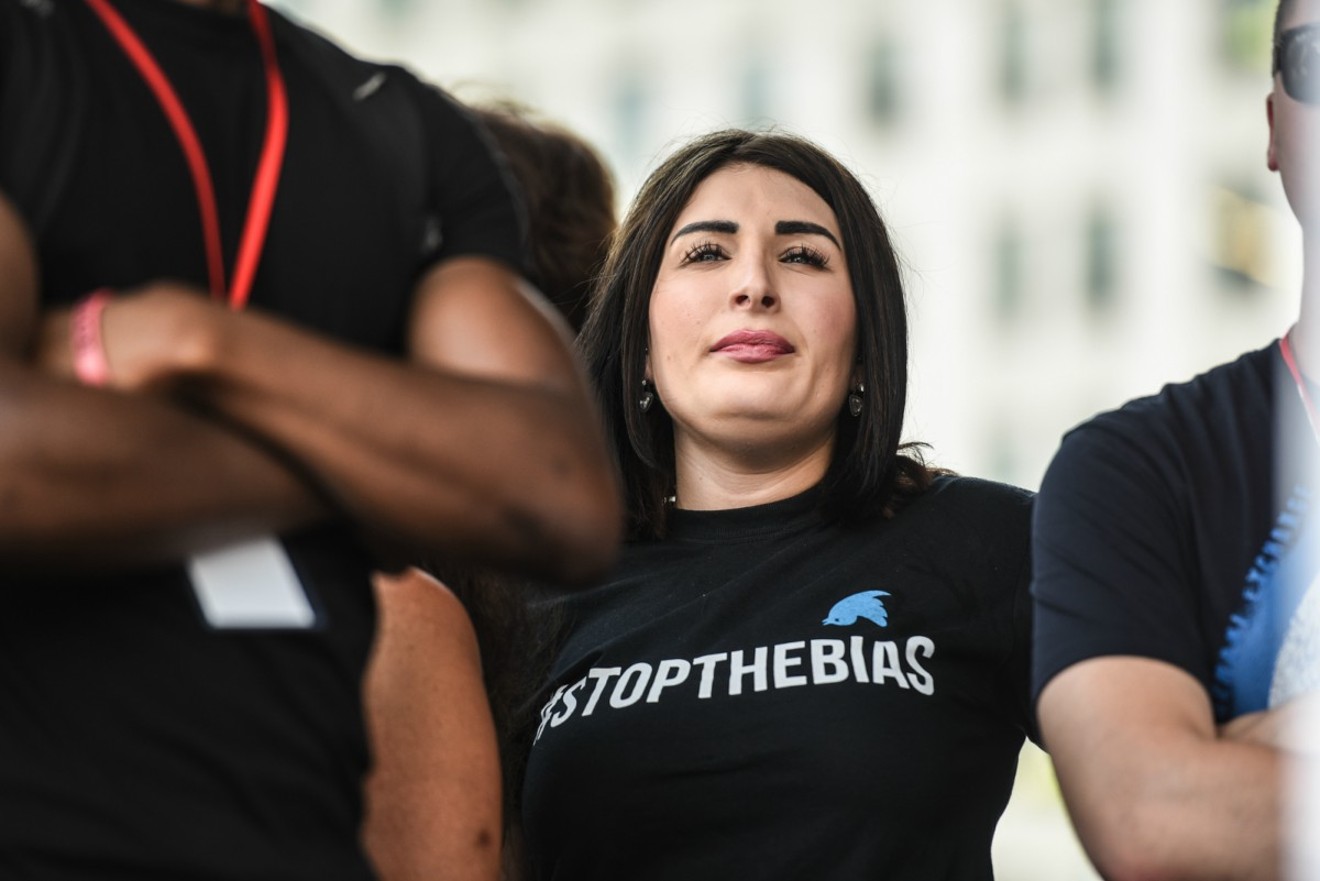 Anti-vaccine extremist Laura Loomer says she tested positive for COVID-19. Photo by Stephanie Keith/Getty
Laura Loomer needs to be more careful what she wishes for.

Nine months ago, the anti-Muslim, anti-vaccine extremist and self-proclaimed most banned woman on the internet took to the conservative social-media app Parler to express her sincere interest in contracting COVID-19: "I hope I get COVID so I can prove to people I've had bouts of food poisoning that are more serious and life threatening than a hyped up virus," she posted on December 30, 2020. "Have you ever eaten bad fajitas? That will kill you faster than COVID."

Now, 260 days later, she has manifested her dream: a positive diagnosis for COVID-19, a virus responsible for killing more than 50,000 people in her home state of Florida, where she tried (unsuccessfully) to unseat Democrat Lois Frankel in Florida's 21st Congressional District last November.

Her symptoms seem a little more serious than bad fajitas, however. Last night Loomer wrote in a post on the pro-Trump social network Gettr that the COVID-19 symptoms have left her body feeling like it got "hit by a bus."

"Just pray for me please," Loomer posted. "Can’t even begin to explain how brutal the body aches and nausea that come with covid are. I am in so much pain."

Loomer, who previously lived in Miami Shores and North Miami, has gained notoriety as a far-right activist and "proud Islamophobe" over the years. She first came to prominence with the right-wing group Project Veritas, which uses hidden cameras to expose "liberal bias and corruption." She has since distinguished herself by spouting racist comments that have gotten her banned from Facebook, Instagram, and Twitter, not to mention the rideshare services Uber and Lyft.

On Gettr, Loomer said that following her diagnosis, she immediately began a regimen of hydroxychloroquine and the antibiotic azithromycin. She also received the Regeneron monoclonal antibody treatment Florida Gov. Ron DeSantis has promoted in recent weeks.

Loomer still has no plans to get vaccinated.

"I have not taken the COVID vaccine," she stated, "and I don't plan on ever taking it because it is unsafe and ineffective."
KEEP MIAMI NEW TIMES FREE... Since we started Miami New Times, it has been defined as the free, independent voice of Miami, and we'd like to keep it that way. With local media under siege, it's more important than ever for us to rally support behind funding our local journalism. You can help by participating in our "I Support" program, allowing us to keep offering readers access to our incisive coverage of local news, food and culture with no paywalls.
Make a one-time donation today for as little as $1.