Developers Snatch Up Land in Hialeah as Property Values Increase 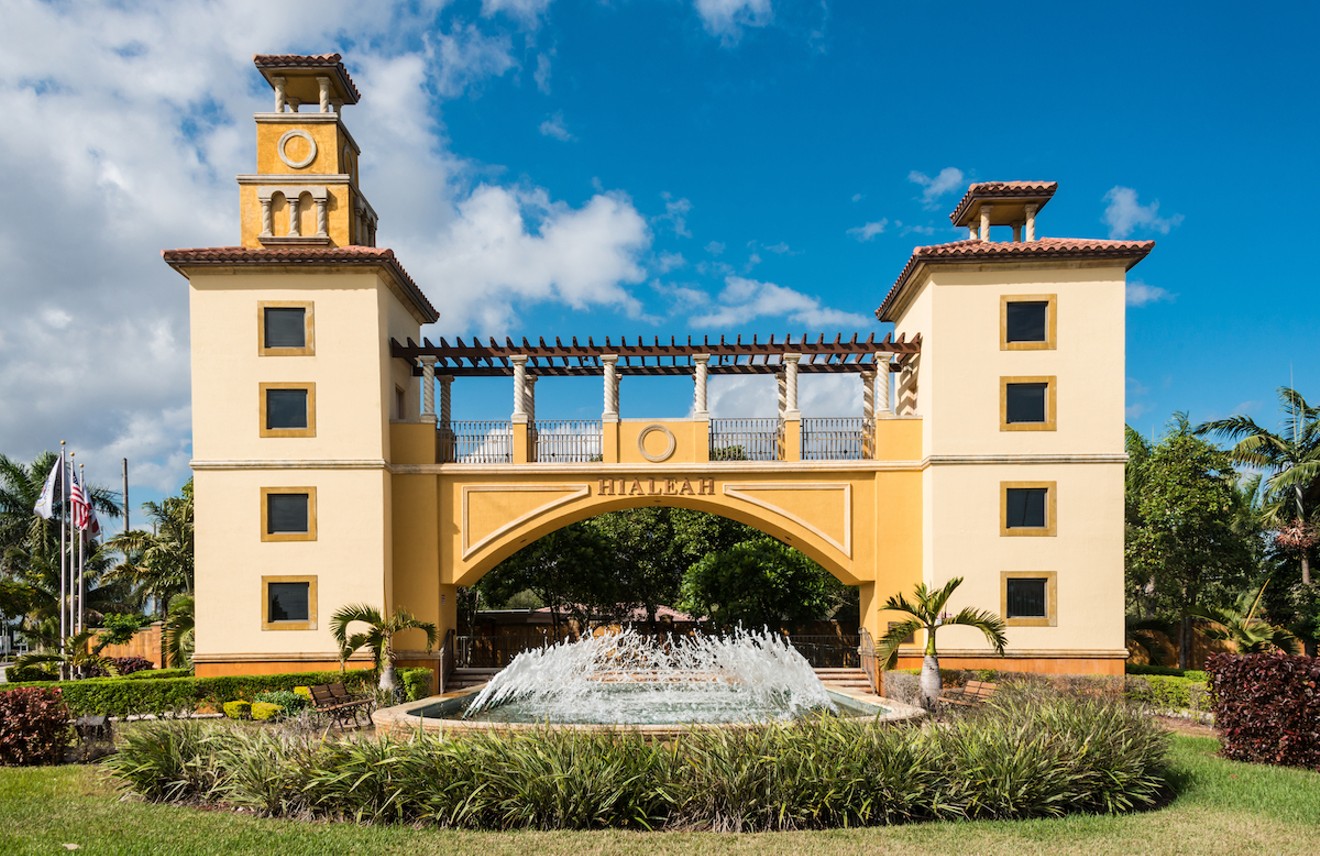 Hialeah property values are increasing, according to the Miami-Dade property appraiser's office Photo by Juanmonino / Getty Images
Hialeah calls itself the City of Progress — though the general perception is probably otherwise. While Hialeah doesn't exactly have a reputation as the hottest place to be in Miami, property values show the city is progressing quite well after all.

Late last week, the Miami-Dade property appraiser released preliminary estimates of 2019 property values for every city in the county. Among the top three cities for percentage growth? Hialeah.

With a projected 6.7 percent increase from 2018, Hialeah trails just Opa-locka and Hialeah Gardens. The city’s growth puts it ahead of many major neighborhoods, including downtown Miami and Miami Beach. Even Doral, which has been expanding and trying to bring in new residents with the construction of Doral Yard and CityPlace, can't compete — property values there are only expected to rise by 2.4 percent this year.

According to Miami-Dade Property Appraiser Pedro J. Garcia, other parts of the county don't have much vacant land, and Hialeah is one of the few municipalities left that can support sustained new growth that drives up value. The growth trend is largely driven by a new region of industrial and residential areas in the northwest parts of the city.

The region west of Interstate 75 and north of West 84th Street was annexed by Hialeah a few years ago and later rezoned from agricultural uses to residential and industrial land. Since then, development has been booming: Companies such as Lennar, a Miami-based developer, have snatched up land in the area to build single-family homes and townhouses around the existing lakes. Lennar bought one particular parcel of land north of West 106th Street for $51 million in December 2016, according to Garcia.

Subdivisions with sexy names like “Aquabella” (beautiful water) and “Bonterra” (good earth) have already started popping up in this section of Hialeah with scores of new single-family homes and more on the way. It's also near the site of the planned American Dream megamall, which has yet to break ground west of I-75.

Beyond the new construction, Hialeah is also a hot market for homebuyers looking for mid- to low-priced houses, according to Lynda Fernandez, a spokeswoman for the Miami Association of Realtors. Fernandez says buyers feel they can get more bang for their buck in Hialeah compared to neighboring cities, such as Miami Springs.

"What drives increasing prices and values is high demand and low supply. Right now there’s a high demand for middle- to low-priced markets, and Hialeah and Hialeah Gardens are big for those areas," Fernandez tells New Times.

According to Zillow, the median home value in Hialeah is $286,300, a figure that's expected to go up as more people seek cheaper homes and the city struggles to meet the demand. Garcia says a lot of the demand comes from new homeowners, including young people looking to buy a starter home at a reasonable price point.

As of now, Hialeah's progress shows no signs of slowing: The city’s increase in property value has ranked in the top five countywide for the last three years and, according to experts, will likely continue to do so.

"I'm sure next year, they’ll do it again," Garcia says.
KEEP MIAMI NEW TIMES FREE... Since we started Miami New Times, it has been defined as the free, independent voice of Miami, and we'd like to keep it that way. With local media under siege, it's more important than ever for us to rally support behind funding our local journalism. You can help by participating in our "I Support" program, allowing us to keep offering readers access to our incisive coverage of local news, food and culture with no paywalls.
Make a one-time donation today for as little as $1.