The Age of Team-Up Tours: Why Coheadlining Concerts Are Becoming More Common 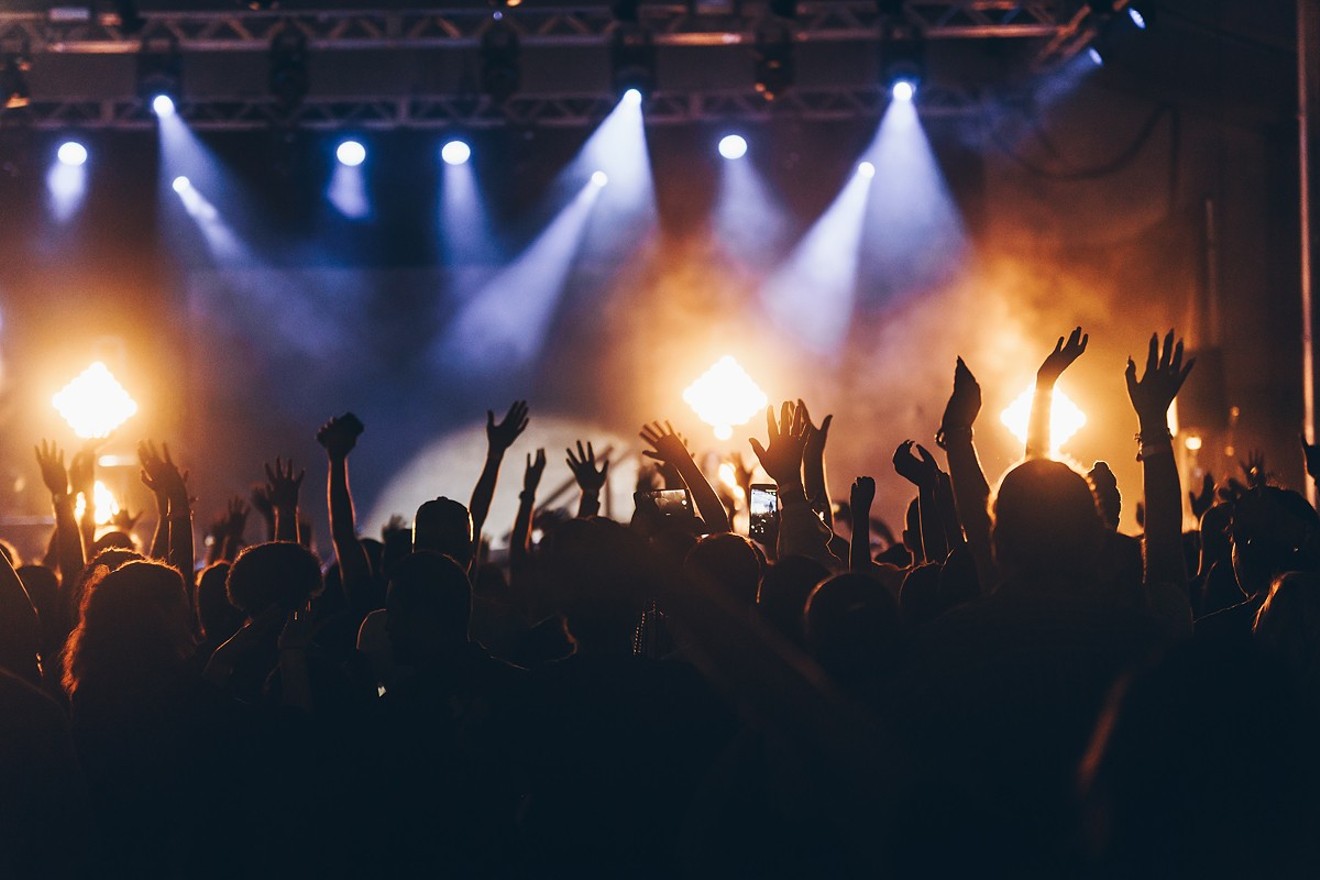 Headlining acts are increasingly sharing the stage. Photo by Nestor Calixto
In recent years, there’s one type of show that’s become practically unavoidable for concertgoers: the coheadlining tour. What was once a rare practice among established acts has become one of the most common trends in live music, with team-up tours commanding summer rosters at venues around the nation. South Florida alone has dozens of these shows slated for the next few months, from Korn and Alice in Chains to Beck and Cage the Elephant.

It’s not just rock bands that are employing the coheadlining tactic anymore. Mary J. Blige and Nas are touring together, as are 311 and Dirty Heads. A practice that began with classic-rock acts such as REO Speedwagon and Styx quickly spread across the musical spectrum. Now unique cross-genre teamups are happening, such as this summer’s Blink-182 and Lil Wayne coheadlining tour.

Is this growing trend a good or bad thing for an industry that used to be built on massive headlining shows? For every act that can consistently sell out arena tours around the world, such as Foo Fighters or Drake, there are a dozen that have seen their draw swiftly diminish as traditional methods of exposure have become more ineffective. Basically, there just aren’t many artists left who can attract enough fans to fill these venues.

Jesse Stoll, a senior talent buyer and promoter for AEG Presents, explains that “the days of acts selling out amphitheaters and arenas are getting more difficult.” He adds, "Teamups help acts take the step up to a larger venue and create an angle to vie for ticket buyers’ money.” 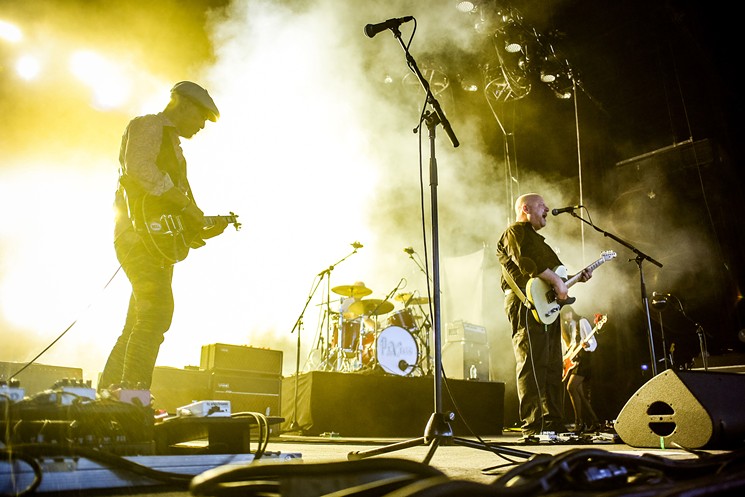 The Pixies coheadlined a tour with Weezer in 2018.
Ian Witlen
Indeed, many of these acts have begun to employ the strategy of coheadlining with another band of stature in order to play larger stages than it would be able to command on its own. Take, for example, the Pixies, a beloved and massively influential band that could likely sell out a theater of 3,000 to 5,000 fans in the right market. Rather than spend the summer playing theaters, the group last year opted to coheadline with fellow alt-rock stalwart Weezer and tour at significantly larger venues.

One of the clearest benefits of the team-up strategy is that more exposure is provided by playing larger venues with a greater diversity among the fans in attendance. As artists each year rely more heavily on revenue from touring, they’ve been pushed to find new ways to draw people to their shows. Blink-182 and Lil Wayne’s tour is a perfect example, with both acts likely to gain a new audience of fans who wouldn’t normally have gone to see each act separately. It certainly doesn’t hurt that promotions such as Live Nation’s $20 lawn tickets to certain summer shows will lure even more fans. 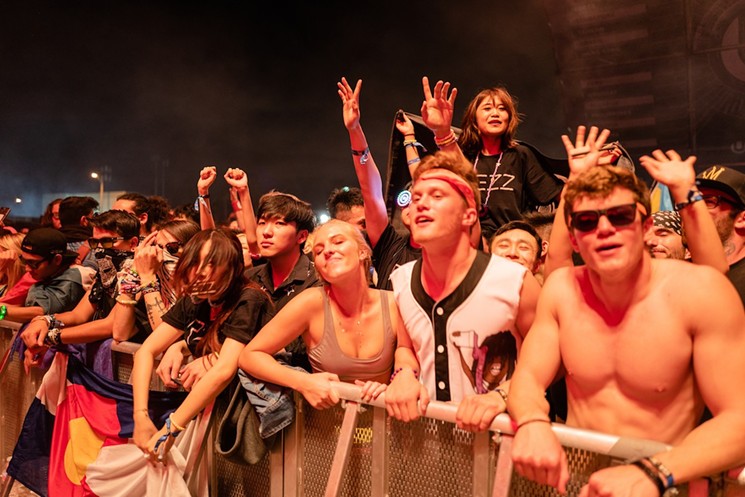 Ultra festivalgoers in March 2019.
Photo by Daniella Mía
Perhaps the constantly growing festival landscape has something to do with this trend. In an age of seemingly endless proliferation of massive music festivals, maybe it’s becoming increasingly difficult for traditional shows to sell tickets. Why would you spend $100 to see one band when you can spend $250 for a full weekend of music that includes that band? With more and more festivals popping up across the nation, and the accompanying radius clauses that some of them carry, it’s more difficult than ever for single acts to plot profitable tours.

Though the team-up trend seems to indicate an increasing struggle to sell tickets, industry insiders such as Stoll say the exact opposite. “The state of the industry is superhealthy right now,” he says. “It’s becoming a more competitive space, and there’s room for it; supply and demand is rising, and ticket sales are rising.”

Promoters point to newer acts, born from contemporary mediums, that are selling out venues with little to no traditional exposure as one cause for the changing landscape. Stoll mentions the vast influence of Netflix in making the careers of many new comedians, and speaks about podcasters’ quick break into the live entertainment industry with almost immediate success because of their intimate connection with their listeners. These are entirely new markets within the live entertainment industry, and they've been broken wide open in a short period of time due to the new ways that entertainers can connect with audiences.

This increased competition, and lack of reliance on traditional media such as radio, has created a market in which older acts are fighting for relevance, and coheadlining tours allow them to drive growth by performing to new crowds.

“The days of acts acts selling out amphitheaters and arenas are getting more difficult,” Stoll says. "Acts that have never played these big venues in the past are selling out larger venues now when they’re packaged together.”

So is this trend of team-up tours good or bad for the fans who are buying the tickets? It depends upon how you gauge the issue. There’s certainly a more diverse slate of shows and events for ticket buyers to choose from, and the saturated market can oftentimes drive ticket prices down, making it more affordable to attend more shows. It can also give fans a compelling way to be exposed to new music through opportunities to see and hear acts for the first time. On the other hand, though, it could mean getting stuck paying double the price to see your favorite group because of a coheadliner you don’t like.

Whether live-music fans like it or not, the age of coheadlining tours is here, and the trend won't fade anytime soon.
KEEP MIAMI NEW TIMES FREE... Since we started Miami New Times, it has been defined as the free, independent voice of Miami, and we'd like to keep it that way. With local media under siege, it's more important than ever for us to rally support behind funding our local journalism. You can help by participating in our "I Support" program, allowing us to keep offering readers access to our incisive coverage of local news, food and culture with no paywalls.
Make a one-time donation today for as little as $1.