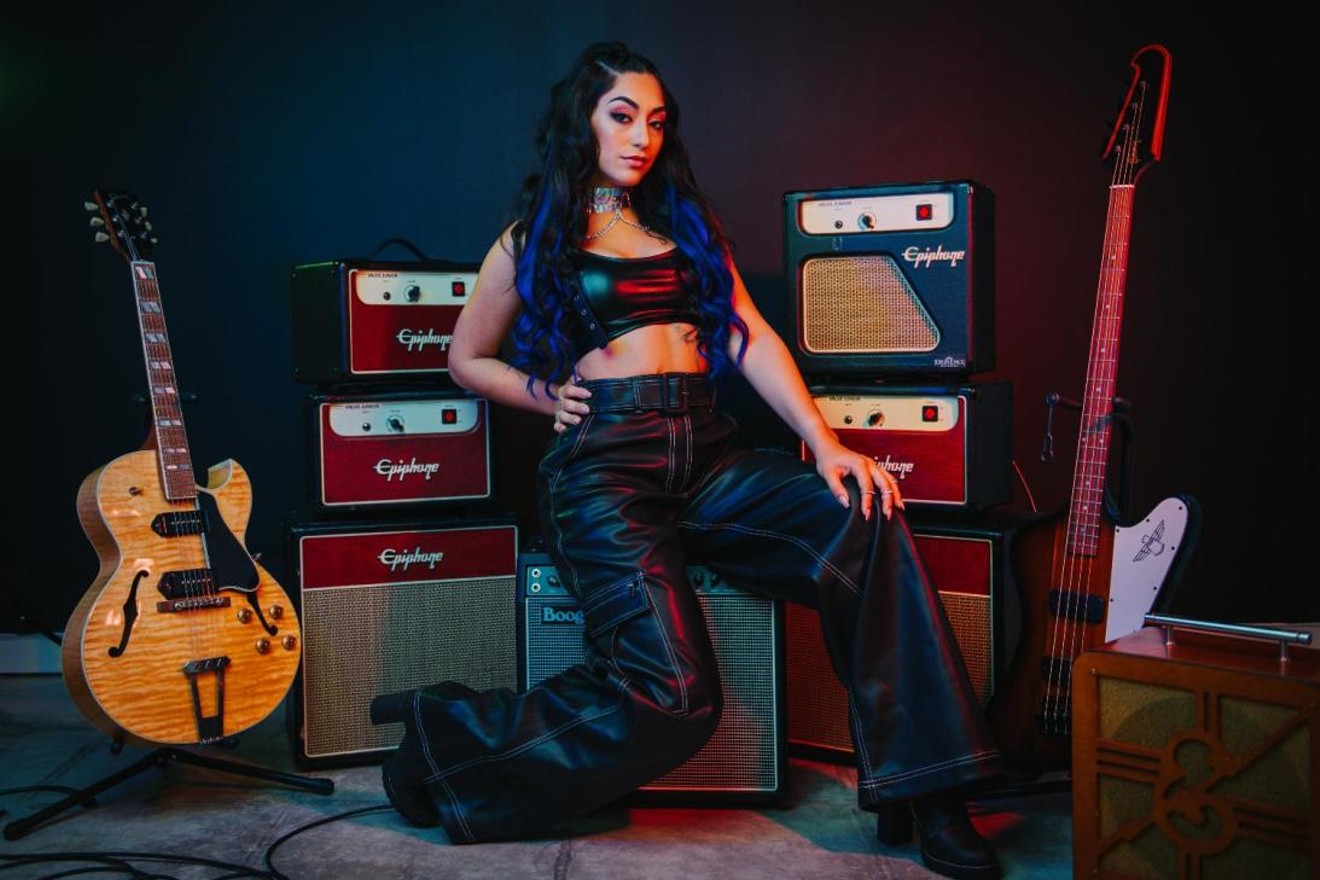 Representing Miami is Victoria "Vikina" Lopez, also known as Miss 305. The 28-year-old singer-songwriter was born and raised in the Magic City. "Miami and its culture helped shape who I am," she says.

On Reina, singers perform for a set of judges each week, and the lowest-scoring four singers are eliminated. Throughout the production, the show’s three judges — Latin icons Joss Favela, Natti Natasha, and Olga Tañón — offer plenty of commentary. After each episode wraps, the remaining contestants are given their next song and have one week to prepare.

“In between, they have us going to wardrobe fittings, vocal rehearsals, choreographers — we’re armando tremendo show,” Lopez tells New Times of the rehearsals.

Unlike other TV singing competitions, Lopez says Reina is not all about the voice. “Yes, there are a lot of great vocalists on the show, but it’s also about the image, the performance, the personality, and about the ability to hold your own [onstage].”

Lopez is one of the ten remaining contestants vying to become the next chart-topping Latin pop queen. The show is most remarkable for shining a spotlight on female Latin singers at a time when women in the Latin music world are vastly outnumbered by their male counterparts. According to Billboard, “only five female [Latin] singers including Karol G, Jennifer Lopez, and Shakira excelled" on the Hot Latin Songs chart. "And, in 2019, only four female acts, including Rosalía, have been strongly present on the chart.”

Lopez is all too aware of the gender gap in the industry.

“The Latin industry is very male-dominated,” she says. “If there’s space for all these guys, then there’s space for us too. Reina is giving us women a platform to make a name for ourselves and show that we have a lot to say, and we’re tired of singing the same song about how you move and your cintura [waist].”
The journey to reality-TV stardom has presented plenty of challenges for Lopez. The half-Cuban and half-Ecuadorian artist has been working in the local music scene for more than a decade. She’s encountered many people who fed her dreams and promised her a golden gramophone. But after years of searching for her voice, Lopez says she finally knows who she wants to be as an artist and aims to stay true to that in the competition.

“I’m so thankful I didn’t quit when things got tough," she says, "because here I am, faced with the biggest opportunity of my life. I feel fully prepared for this moment.”

She describes her stage persona, Vikina, as a powerhouse who embodies everything she herself wants to be. “She’s fearless. When I decided to become Vikina, I decided that she was going to be everything that I always dreamed of being... I was never the prettiest or the most popular in school, but when I sang, everyone listened.”

After Reina crowns its winner in five weeks, Lopez plans to release an EP showing a maturer side of Vikina. She describes the sound as "Sade meets reggaeton" with a dash of sensitivity. “It doesn’t always need to be about being strong and fearless."

She adds, "Right now, I know what we need is strong women, so that’s what I want to be for everyone. But eventually, I want Vikina to grow into her sensitive side and I want to show that it’s OK to be vulnerable.”

La Reina de la Canción. 8 p.m. Sunday, October 27, on Univision. Follow @Vikinamusic on Instagram.
KEEP MIAMI NEW TIMES FREE... Since we started Miami New Times, it has been defined as the free, independent voice of Miami, and we'd like to keep it that way. With local media under siege, it's more important than ever for us to rally support behind funding our local journalism. You can help by participating in our "I Support" program, allowing us to keep offering readers access to our incisive coverage of local news, food and culture with no paywalls.
Make a one-time donation today for as little as $1.