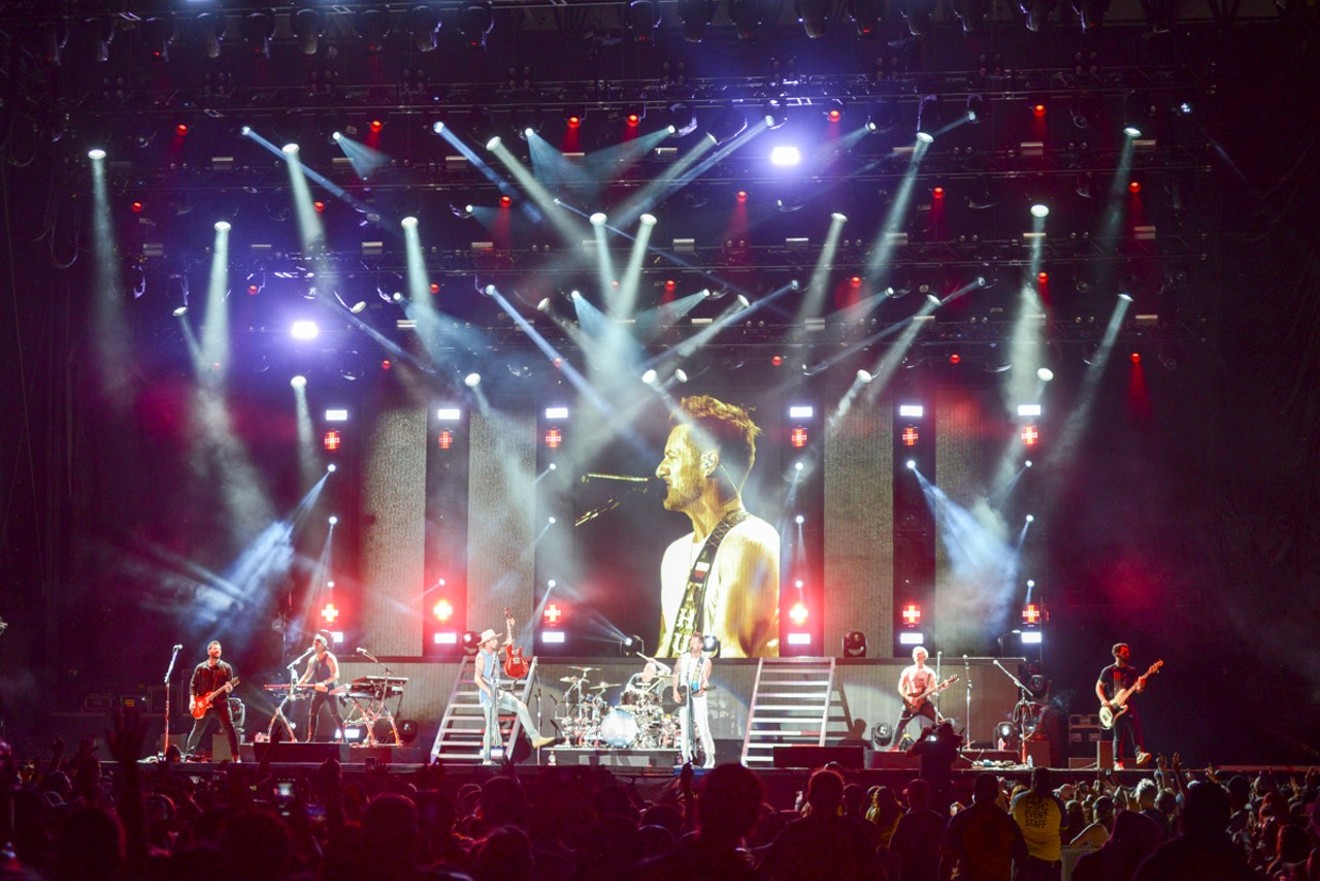 For more photos of Tortuga, click here. Photos by Christina Mendenhall and Carina Mask
For the sixth installment of Tortuga Music Festival, which took place this past Friday through Sunday on Fort Lauderdale Beach, the winning strategy seemed to be less is more. The award-winning event mostly stuck to its tried-and-true formula — though there were a few key tweaks.

The lineup was a powerful collection of country music superstars including Eric Church, Keith Urban, Dwight Yoakam, and Florida Georgia Line. However, there was one fewer stage for the smaller, alternative acts. In the past, the smaller side stage hosted artists such as Chase Rice, Delta Rae, White Denim, and, in 2013, Sister Hazel, which returned this year for a second go-round.

All three headliners did what great headliners do: They played the hits. Church made people cry, Urban made them sing, and Florida Georgia Line made them dance.

One of the standout sets was Snoop Dogg, because the West Coast rapper is hardly country, but he made sure his performance was truly memorable. It’s a safe bet that no other Tortuga act dropped as many “motherfuckers” as he and his hype man did, smoked weed onstage, or had strippers on poles enjoying a little girl-on-girl action. Even the bandmates of Friday night’s headliner Florida Georgia Line were fans, wishing they could get away with what Snoop does. (He does seem bulletproof.)

For more photos of the fans of Tortuga, click here.
Photos by Christina Mendenhall and Carina Mask
Shaggy offered a fun afternoon of baby-making music. His inclusion in the lineup shows the organizers know that a festival on the beach should always have at least one reggae act. Thinking otherwise would be foolish and a disservice to fans.

One new addition also made a huge impact. Trudging drunk and dehydrated through the hot sand is no damn fun. The trek between the two main stages was made more comfortable with a temporary plastic path laid atop the sand, creating a much-needed bridge between the Main Stage and the Sunset Stage.

But gone were the shuttle buses that transported attendees from parking lots to the front entrance. Their absence was a bit of a shock because they had always worked so well. Instead, for those driving to the fest each day, the only option was water taxis ferrying passengers from a number of stops around Fort Lauderdale. The results were a mixed bag, although we would lean toward the water taxis being efficient more often than not. The lines moved fairly quickly, and the majority of the water taxi crews were friendly and accommodating. But more than a few fans had long waits, boarded the wrong ferries, or missed their boats. Truth be told, most of these problems were the fault of one thing: To quote Jamie Foxx, "blame it on the alcohol."

For more photos of Tortuga, click here.
Photos by Christina Mendenhall and Carina Mask
Something else missing from Tortuga this year, thankfully, was garbage. An important reason for Tortuga’s existence is the extensive effort made by the Rock the Ocean Foundation to not only keep the beach clean but also promote awareness and education. The Conservation Village was again at the heart of these efforts. 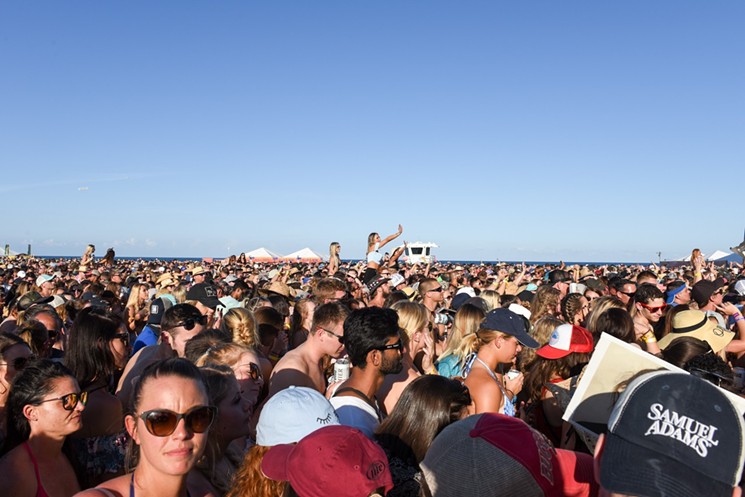 For more photos of the fans of Tortuga, click here.
Photos by Christina Mendenhall and Carina Mask
Meanwhile, Rock the Ocean works with Sea Turtle Oversight Protection to put something back into the landscape. In the past five years, both fans and participating artists have planted more than 30,000 sea oats. It’s part of the festival’s "Change the Tide" initiative.

Last year, one of the trouble spots was the side stage. Though it was also the scene for one of the crazier Tortuga sets, Sam Hunt, it was removed this year because of the logjam it created in foot traffic between the two main stags. Though we lament the loss, the difference was night and day. Movement was freer and smoother than it had been the past couple of fests.

What hasn’t changed are the good times. Tortuga Music Festival is a staple of not only country music but also the South Florida festival season. And though it’s a big, beautiful beach event, it seems it’s the little things, the minor changes, that made it better this time around.