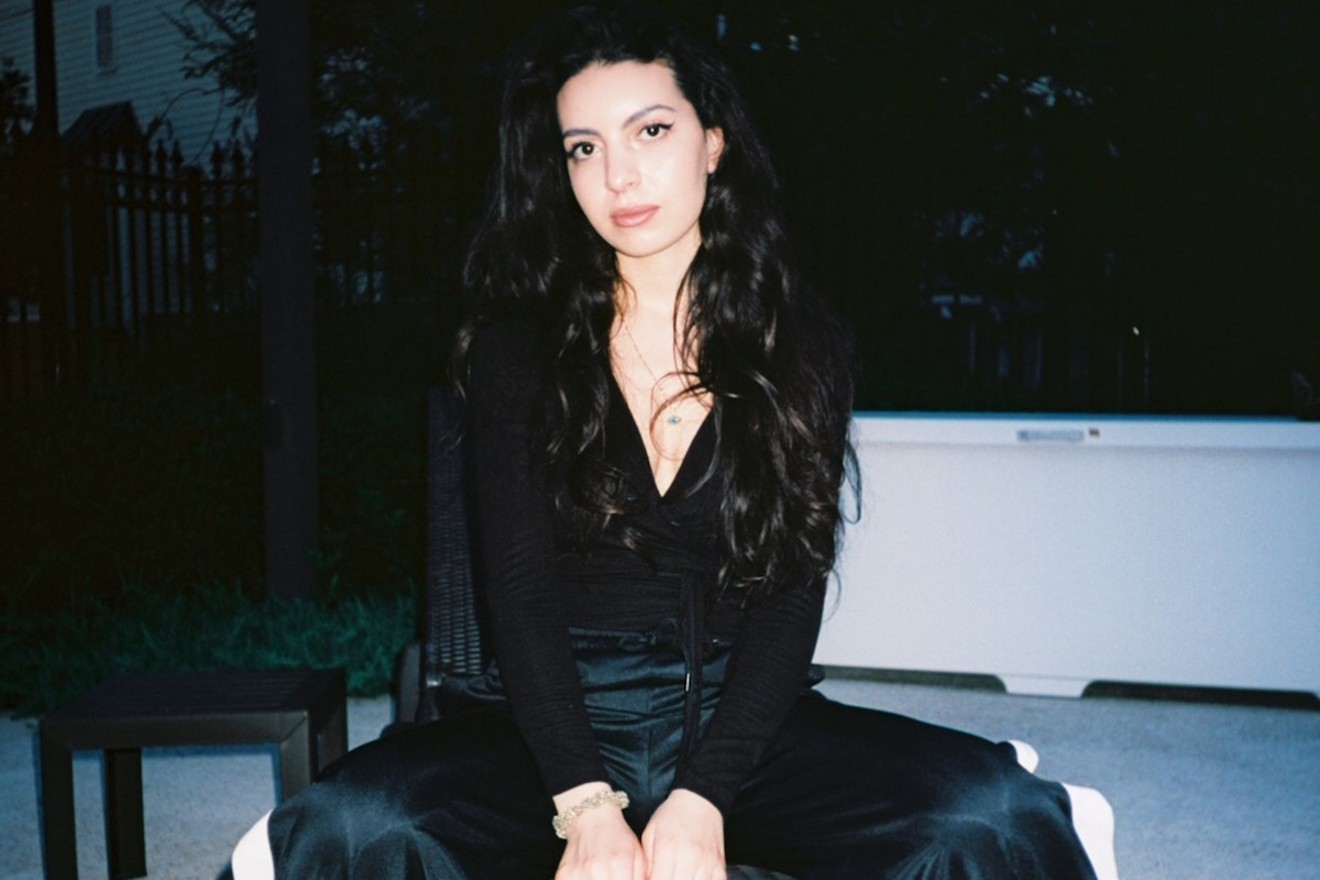 Hajar Benjida Photo by Chinedu Nwakudu
Netherlands-based hip-hop photographer Hajar Benjida was both excited and nervous heading into this year's Art Basel Miami Beach. After all, she's in town to promote her first exhibition, and the attention surrounding "Young Thug as Paintings" has been extraordinary.

"Young Thug as Paintings" is a viral Instagram account Benjida created for a school project in 2016. Captivated by Young Thug's outrageous, boundary-pushing sense of style, she paired existing photos of the Atlanta rapper with fine art depicting subjects in similar poses.

"I had a lot of funny photos of Young Thug I would send to my friends as reaction faces,"  says. "And he had a lot of photos posted on his Instagram. There was this one photo that reminded me of [Sandro Botticelli's] The Birth of Venus. I was like, Oh, I've got something going on here."

Her teacher liked the project, and posted it on Instagram a few days after submitting it. But it took several months before anyone outside her personal orbit noticed. The account was first shared by Vice, then Fader, and Complex.

"I didn't expect it to blow up, but I was hoping to get picked up by a platform," she says. "It exploded."

was considering a fashion career before she was accepted into art school as a photographer, and she says those interests still intermingle. She began attending lots of concerts while she was studying photography and found hip-hop artists to be particularly eye-catching subjects. She became determined to capture rappers in more candid moments and shot the likes of Skepta, Lil Yachty, and Rich the Kid through sheer force of will.

"I just started out by making my way backstage after the show," she says. "I prefer going straight to the artist even though I don't know them... At it was because of course they're strangers to you, but if it's something I really want, I'll do it."

As a fashion-forward person, she's impressed by Young Thug's ability to rock any outfit, especially after meeting him backstage at a music festival for an impromptu photo shoot. "I think he's opened the door for a lot of artists to be more open with how they dress," she says.

Young Thug himself helped put Benjida's exhibition together and flew to Miami to be a part of the festivities. What's more, his record label, Young Stoner Life, along with 300 Entertainment, is sponsoring "Young Thug as Paintings." The exhibition is on display through Sunday, December 9, at Scope Art Fair.

is appreciative of his support but insists she would have brought the project to life either way. As usual, she would have just gone for it: "I was going to do it with or without his approval."

"Young Thug as Paintings." Through Sunday, December 9, at Scope Art Fair, Miami Beach Pavilion, 801 Ocean Dr., Miami Beach; scope-art.com.
KEEP MIAMI NEW TIMES FREE... Since we started Miami New Times, it has been defined as the free, independent voice of Miami, and we'd like to keep it that way. With local media under siege, it's more important than ever for us to rally support behind funding our local journalism. You can help by participating in our "I Support" program, allowing us to keep offering readers access to our incisive coverage of local news, food and culture with no paywalls.
Make a one-time donation today for as little as $1.