MewithoutYou's Aaron Weiss Is Ready to Move on From Music 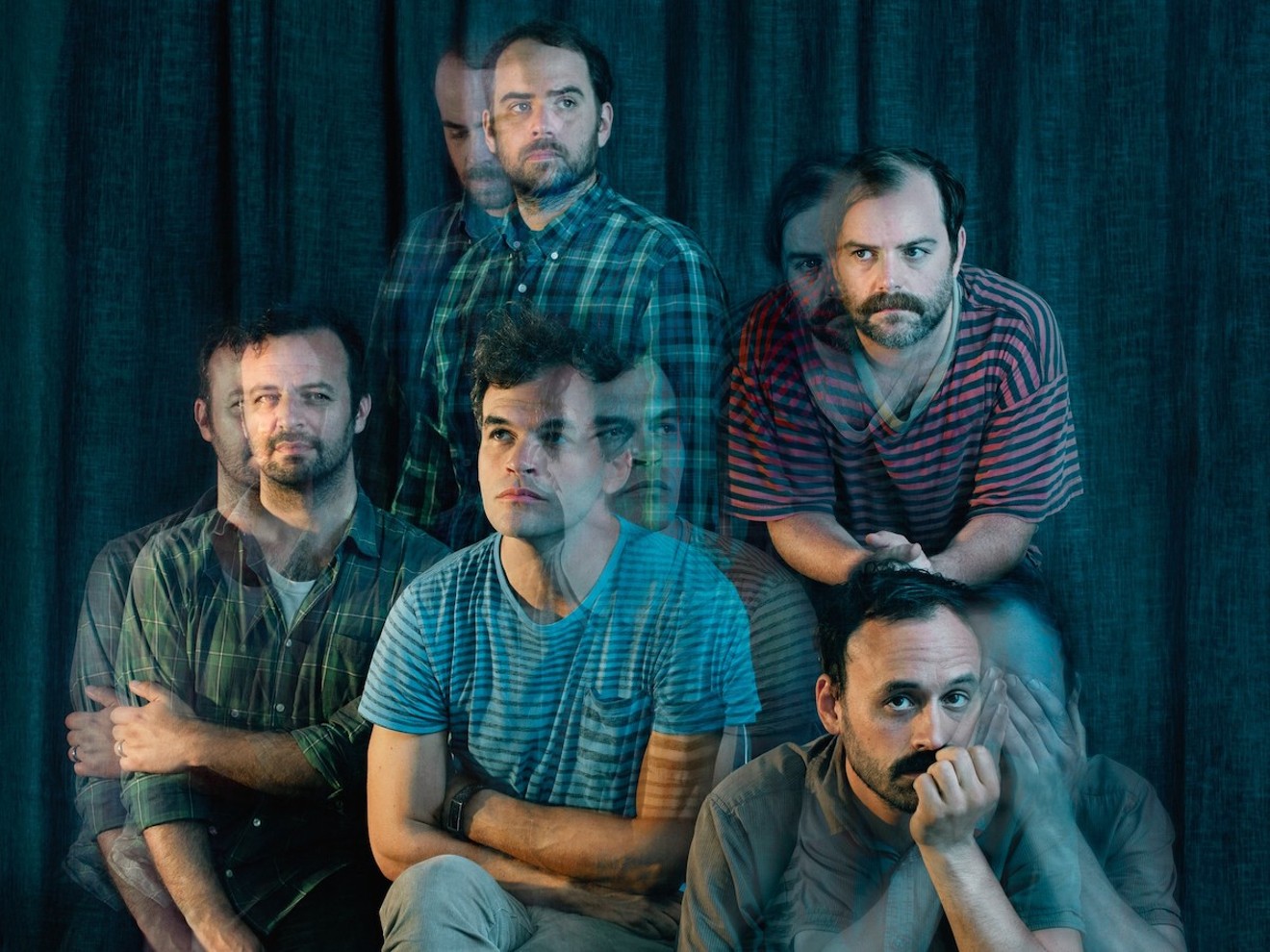 MewithoutYou is ready to say goodbye to the stage. Photo by Amie Santavicca
For vocalist Aaron Weiss, the pertinent question isn't why MewithoutYou is calling it quits; it's how the band stuck together for 21 years.

"I don't know how I ended up doing music for so long. It's never been my passion," Weiss tells New Times. "I followed my brother around and did whatever he did, whether it was paintball or skateboarding. When he got a bass guitar, I got a drum kit. We had friends who had instruments, and all of a sudden, a door opened to have a record."

From its inception in 2001, MewithoutYou released seven records while amassing an ardent fan base. The band's post-hardcore sound stood out from the turn-of-the-century indie-rock pack thanks to Weiss' spoken-word delivery.

The reason for speaking his verses was simple.

"I was a horrible singer. I couldn't sing," Weiss confesses. "The spoken-word thing was a lack of confidence for writing melody, and for our quieter songs, screaming and shouting didn't seem appropriate. But as we went on, the vast majority of our songs became melodic, and I did more singing than talking."

Whether sung or spoken, the intention behind those words was to express Weiss' primary passion: religion. It was, Weiss says, "the search for meaning and goodness and a state of love, clarity, and inner peace. I've tried to put that search in my lyrics. The reason I originally was motivated to play music — besides mindless conformity with my peer group — was to meet girls. I wanted fame, not necessarily be famous like Eddie Vedder, but I wanted to be liked and admired. Early on, I realized that was self-centered motivation. So I tried to put spirituality in my music to give myself a sense this wasn't all a big ego trip and a waste of time."

The album he thinks came closest to expressing this spirituality was 2009's It's All Crazy! It's All False! It's All a Dream! It's Alright.
"I cringe at some of my performances, but there was something about my focus," Weiss says. "I had let go of the band, and when I came back I tried in that album to say what I believe. To share the spiritual aspirations that serve as my North Star. The next three albums, I went back to being slightly more veiled."

He says the band's live performances during MewithoutYou's farewell tour also seek to be a spiritual exercise.

"I try my best to be present and have a unique experience. I try not to play the same set and read the same lines," he adds. "Don't expect us to play a specific song. Don't expect us to look young and cool cause that's not going to happen. But expect something special to happen. Not just at this concert, but do it every day. And that's how special things do happen."

The way Weiss speaks about the myriad possibilities a concert holds makes one wonder if he really does have a tortured relationship with music, as he claims. What will replace the thrill of being on a stage in the spotlight?

"I'm not opposed to writing music in some other form. My wife and I sing a lot. I just don't want a career in music anymore."

During the pandemic, he applied to a couple of college teaching job openings in Idaho, where he lives with his wife and two children. One of the subjects he teaches is anthropology, and the other shouldn't surprise anyone who's had a conversation with the reluctant frontman: philosophy.

MewithoutYou. With '68. 8 p.m. Sunday, June 19, at Gramps, 176 NW 24th St., Miami; 855-732-8992; gramps.com. Tickets costs $35 to $40 via eventbrite.com.
KEEP MIAMI NEW TIMES FREE... Since we started Miami New Times, it has been defined as the free, independent voice of Miami, and we'd like to keep it that way. With local media under siege, it's more important than ever for us to rally support behind funding our local journalism. You can help by participating in our "I Support" program, allowing us to keep offering readers access to our incisive coverage of local news, food and culture with no paywalls.
Make a one-time donation today for as little as $1.