After Opening for the Rolling Stones, Mexico City's Little Jesus Aims to Gain a Foothold in America 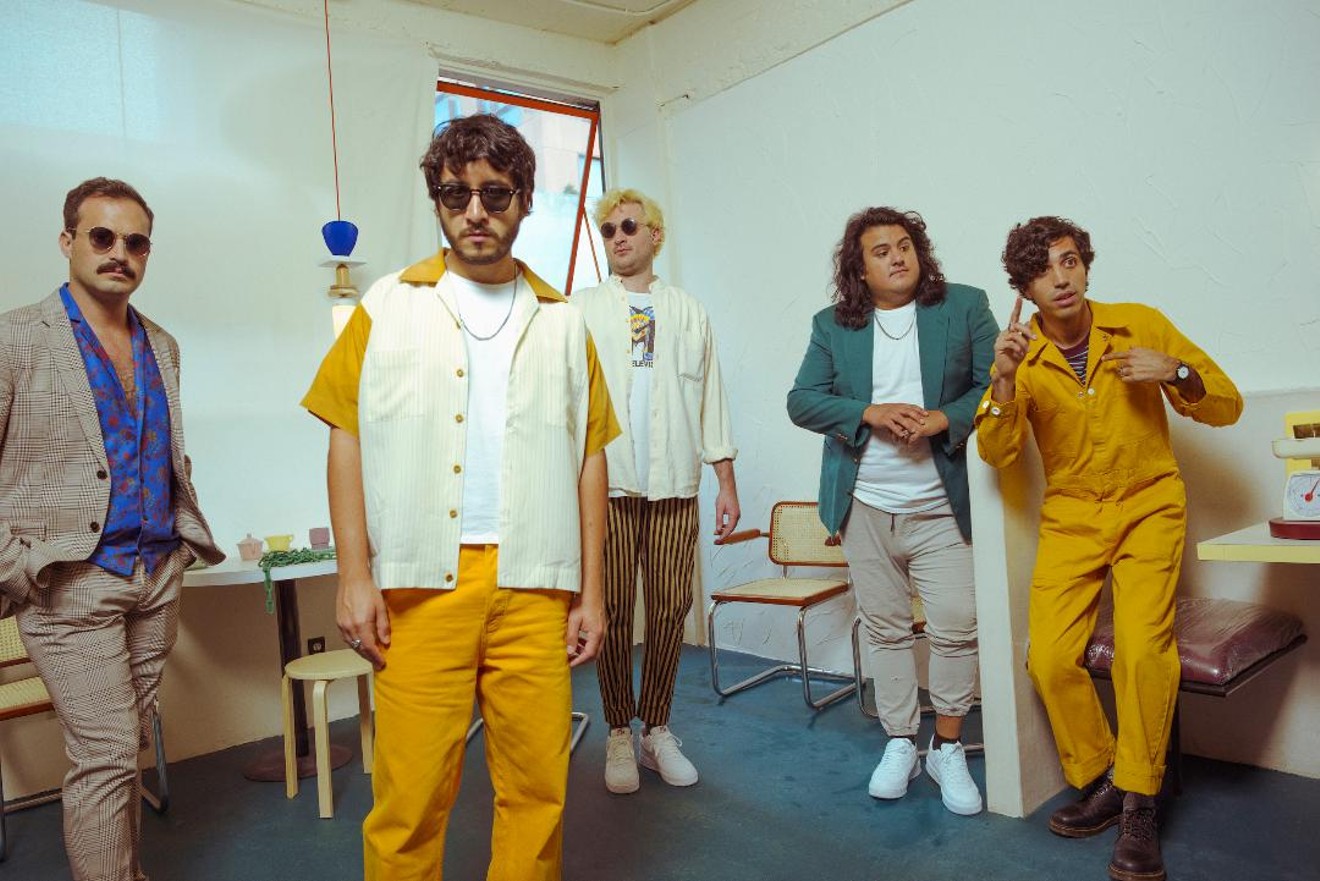 Mexican band Little Jesus got some flak from hometown audiences when they opened for the Rolling Stones. Photo by Alberto Newton
The Mexican indie-rock band Little Jesus will perform in Miami for the first time when it takes the stage at 1306 this Friday night, but the group has played some huge shows in its hometown of Mexico City. One show stands out from the rest: In 2016, the band got to play two dates as an opener for the Rolling Stones.

"It was a movie-like experience," singer/guitarist Santiago Casillas tells New Times about hanging out with Mick Jagger and Keith Richards before the second show. "It was like meeting The Simpsons or some other fictional character."

It was an unlikely meeting for an independent band, and although Little Jesus landed the gig because the Stones expressly sought local acts as openers, some hometown Stones fans thought the slot was unearned. "Usually, legendary bands open for the Rolling Stones," Casillas says. "We're a young, independent band, so people were outraged. But we did OK. We didn't get any boos or tomatoes thrown at us."

If the Stones' aim was to inject some local flavor into their Mexico City shows, they chose wisely with Little Jesus. The five-piece has a varied list of influences, from Casillas' love of Unknown Mortal Orchestra to drummer Truco Sánchez Rucobo's appreciation of the Mexican band Maná and its African and Latin rhythms. "Our different influences make our sound different," Casillas adds. "Each song has a different style."

That variety is the ruling thread on the band's newest album, Disco de Oro. "This one was like a playlist," Casillas says. "Our first album was pop with African beats. The second one was more psychedelic and jammy. This was more like a playlist you'd take on a road trip... We wanted it to have our vibe with many different styles."

To really catch the Little Jesus vibe, though, you have to see the band live, Casillas says. "We love our records, but the live show is the best we can do — lots of energy. We have rock parts, dance parts; it's fun. At the beginning of a tour, we rehearse a few times a week so we have 30 songs to choose from. For each show, we play ten that suit the mood better. When you see us in Miami, you'll see what kind of mood we're in."

The band's Magic City debut is its first step in gaining a foothold in America. "Latin artists are starting to be listened to not just by Spanish speakers, but by people who don't understand Spanish," he says.

When Casillas studied in Boston for a year and a half, he toyed with writing songs in English, his second language, before deciding he expressed himself better in his native tongue. But he's not ruling it out entirely.

"Maybe for some collaborations in the future?" he ponders.

You hear that, Mick and Keith? Time to give Little Jesus another call.

Little Jesus. 8 p.m. Friday, August 16, at 1306 Miami, 1306 N. Miami Ave., Miami; 305-377-2277; 1306miami.com. Tickets cost $15 via seetickets.us.
KEEP MIAMI NEW TIMES FREE... Since we started Miami New Times, it has been defined as the free, independent voice of Miami, and we'd like to keep it that way. With local media under siege, it's more important than ever for us to rally support behind funding our local journalism. You can help by participating in our "I Support" program, allowing us to keep offering readers access to our incisive coverage of local news, food and culture with no paywalls.
Make a one-time donation today for as little as $1.