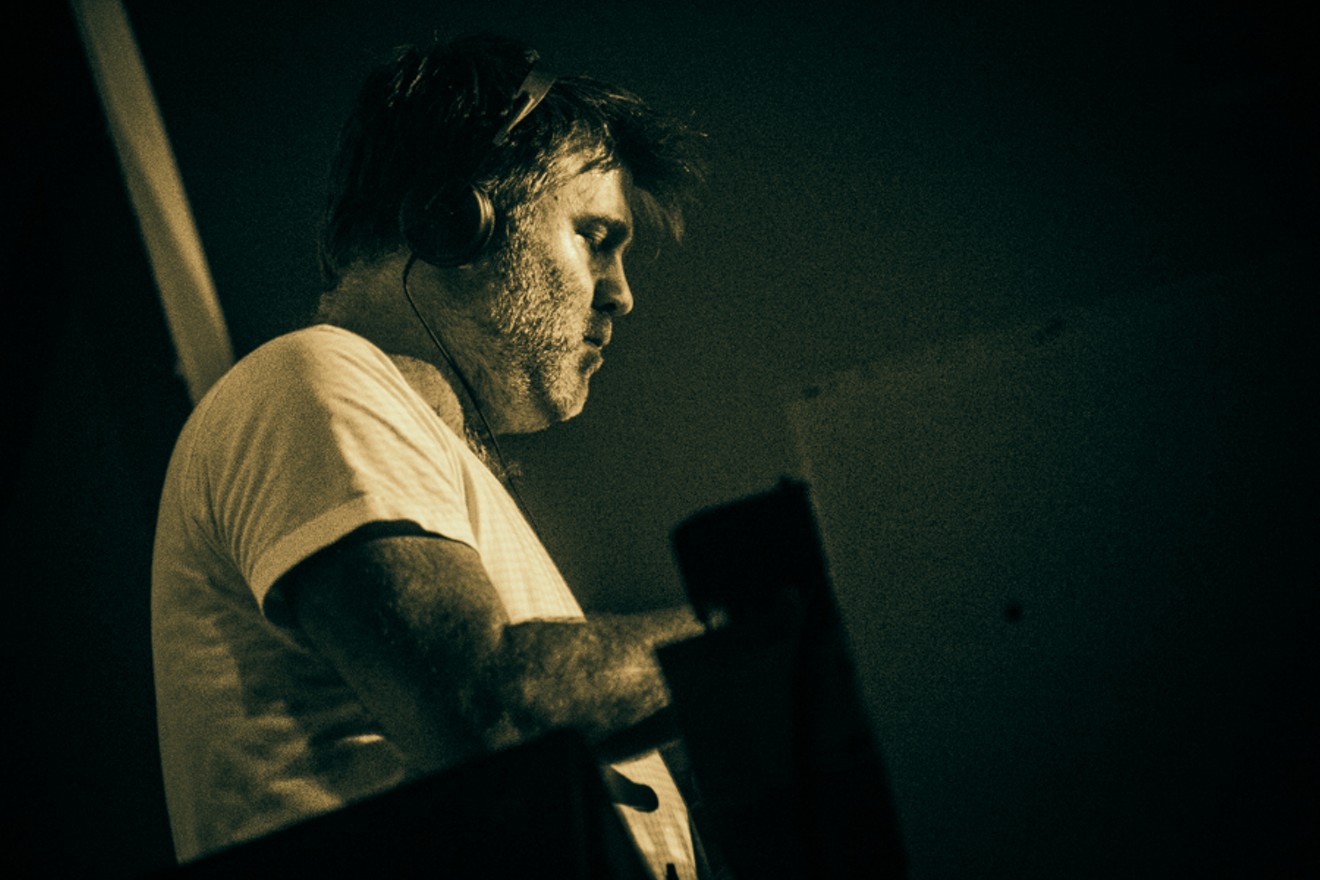 James Murphy at III Points 2013 Photo by Ian Witlen
There’s a world of difference between LCD Soundsystem concerts and James Murphy DJ sets. As the primary creative engine behind LCD, Murphy has spent nearly two decades crafting thoughtful-yet-danceable music that’s become beloved among music snobs and dance floor junkies alike. Depending on what setlist you get at a particular show, LCD concerts can even become raucous affairs, with tracks like “Yeah (Crass Version),” “Get Innocuous!” or “Movement” reliably corralling audiences into a sweaty, mosh-filled mass.

Murphy’s DJ sets, on the other hand, are a little more subdued. This doesn’t mean they’re any less wild or not as fun as LCD shows, but they do require a tad more patience. With the help of an impossibly deep record collection, an immaculate ear for what sounds good on club speakers, and a venue that’s willing to let him take as long as he needs to do his thing, Murphy’s DJ sets have a tendency of slowly building up grooves to the point of ecstatic climax. You won’t be pounding your fists to impossibly fast techno music, but you will be stomping your feet to ‘70s yacht rock deep cuts and some of the most moving disco music ever produced.

In preparation for Murphy’s DJ set at Floyd on Friday, December 6, New Times has compiled five tracks that give a glimpse as to the sounds and styles clubgoers can expect to hear. Some of these were played during his most recent appearance in Miami during III Points 2019, others are songs he’s shared or spoken about in the past, and all of them are must-hears.

"I Want More"
Full disclosure: When Murphy dropped the hypnotic guitar line of Can’s “I Want More” during III Points 2019, I involuntarily hoisted myself over the guard rail with an outstretched hand, begging, well, for more. Personal narratives aside, the 1976 classic by the influential krautrock band doesn’t waste a moment in creating a slow-burning, immersive atmosphere that’s as jaw-dropping in private listens as it is on a joyous, united dance floor. When heard in a club setting, the song’s glimmering synths, soaring guitar, and steady drums come together to make the sort of sound that makes you scream “What the hell IS that?!” at your friends.

"Percolator"
Even though Murphy’s approach to DJ sets may be unconventional with regards to what most American clubgoers expect out of their dance music, don’t get it twisted: The man knows his classics. A longtime fixture of Murphy’s mixes — as well as those of many, many DJs over the years — Cajmere’s “Percolator” is a late-era Chicago house classic that’s torn up countless dance floors over the course of its existence. Most Miami nightlife fiends know Cajmere through his repeated visits to Club Space as Green Velvet, but even when he’s not soundtracking sunrise sets at the city’s preeminent after-hours spot, his music still finds a way of reaching dance floors at any place at any time.

"Tomorrow Never Knows"
You have the Beatles to thank for the existence of LCD Soundsystem. As the legend — which has been shared by Murphy himself and disseminated through innumerable interviews, longform articles, and even a best-selling book — goes, Murphy’s awakening to the possibilities of dance music came on his 30th birthday after taking ecstasy for the first time. When he heard “Tomorrow Never Knows,” a childhood fixture of his from the Beatles’ seminal album Revolver, he lost his mind. As far as musical origin stories go, you can do far worse than taking ecstasy on your birthday, hearing your favorite song, and having your closest friends gather around you and scream your name on the dance floor. The song was dropped during Murphy’s back-to-back DJ set with the Black Madonna in September, and while it’s unknown whether he or his cohort was responsible for the selection, “Tomorrow Never Knows” still lands as powerfully in 2019 as it did in 1966.

James Murphy. With Thunderpony and True Vine. 11 p.m. Friday, December 6, at Floyd Miami, 34 NE 11th St., Miami; 786-618-9447; floydmiami.com. Tickets cost $72.35 via eventbrite.com.
KEEP MIAMI NEW TIMES FREE... Since we started Miami New Times, it has been defined as the free, independent voice of Miami, and we'd like to keep it that way. With local media under siege, it's more important than ever for us to rally support behind funding our local journalism. You can help by participating in our "I Support" program, allowing us to keep offering readers access to our incisive coverage of local news, food and culture with no paywalls.
Make a one-time donation today for as little as $1.