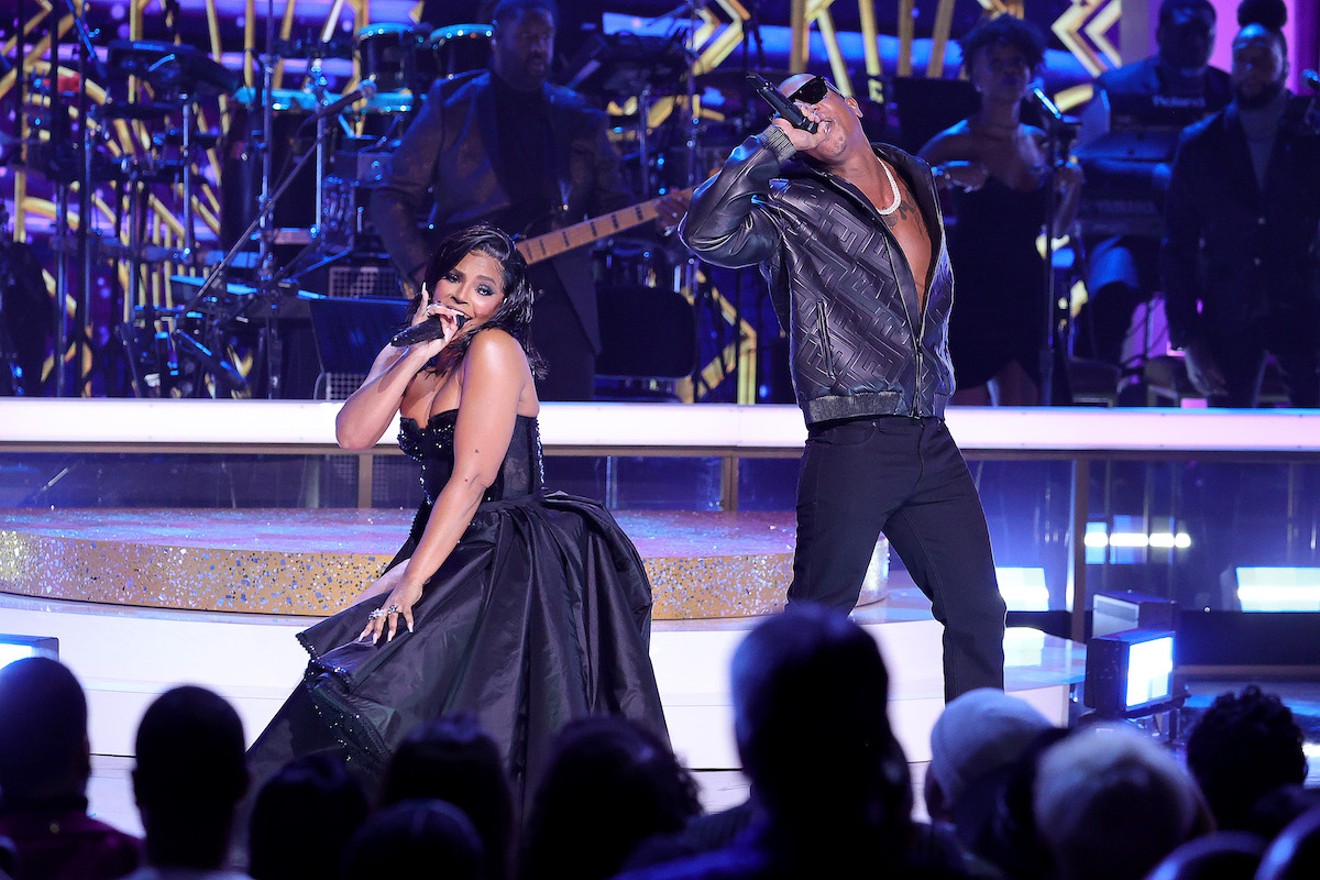 Ashanti and Ja Rule Photo by Theo Wargo/Getty Images
Murder Inc. created a legacy just as iconic as it was infamous. The record label, founded by Irving Lorenzo Jr., better known as Irv Gotti, spawned artists such as Christina Milian, Lloyd, and Lil' Mo. However, rapper Ja Rule and singer Ashanti were indisputably the breakout stars that ruled the early 2000s.

With the dynamic duo coming to Hard Rock Live on Thursday, December 8, as part of Jingle Jam, it's the perfect time to look back at their heyday with the iconic label.

The journey started with Gotti. Before becoming the mogul everyone knows today, the Queens native was a producer known as DJ Irv. He reached his first big break when he met Mic Geronimo at a talent show. The pair would work together on Geronimo's 1995 debut album, The Natural, leading Gotti to produce the first-ever posse cut, "Time to Build," featuring DMX, Ja Rule, and Jay-Z.

The success of Geronimo would lead to Irv becoming an A&R (artists and repertoire) for Def Jam Records. While at the label, Gotti signed would-be legends like DMX, Ja Rule, and Jay-Z. Irv Gotti was awarded his own imprint under Def Jam as a reward for his efforts. The mogul named his label after a criminal mafia group known as Murder Inc. In 1998, everything was made official when the label signed Black Child, Tah Murdah, Nemesis, and the label's golden boy, Ja Rule.

Before Murder Inc, Ja Rule came onto the music scene as part of the Cash Money Click. The members included Chris Black and O-1. In 1994, the group was introduced to Gotti as a DJ and producer and worked together on Cash Money Click's debut single, "Get Tha Fortune." The group signed to TVT Records, but that was short-lived. When Black was sentenced to five years in prison, the group was dropped from the label, and Cash Money Click broke up shortly after that.

The relationship between Ja Rule and Gotti lead to the rapper signing with Def Jam, becoming the label's flagship artist. The rapper would feature in songs by Method Man, LL Cool J, and Dru Hill. However, his career wouldn't truly take off until he released his first single, "Holla Holla."

"Holla Holla" was released in March 1999 and was the first song released under the Murder Inc. imprint. It was a success, peaking at number 35 on Billboard Hot 100. That same year Ja Rule would release his debut album, Venni Vetti Vecci, which reached number three on the Billboard 200 chart and was certified platinum.
A year later, the single "Always on Time" would continue Ja Rule's hip-hop reign along with his second studio album, Rule 3:36. The album would be a major milestone for Murder Inc., debuting number one on the Billboard 200 charts and becoming certified triple platinum. To capitalize off this newfound success of Rule 3:36, Gotti released Irv Gotti Presents: the Murderers, a compilation album that featured Tah Murdah, Black Child, Ronnie Bumps, Vita, Jah Rule, and O-1.

The new millennium would be a gold mine for Gotti, as he would meet 21-year-old Ashanti in 2001. The singer-songwriter had been in the music industry for seven years, almost signing to Bad Boy Records before the deal ultimately fell through. Gotti was impressed by the future singer's writing ability and signed her later that year.

Murder Inc.'s latest vocalist became known for her sultry vocals that would often be paired with hard street records. Songs like "Down 4 U" and "Always on Time" would be big hits for the label and create some serious buzz for Ashanti. Her debut single, "Foolish," peaked at number one on the Billboard Hot 100. Before her debut album was even released, Ashanti became a record-breaking artist, having three hit singles on the Hot 100 charts.

In April 2002, the label released Ashanti's self-titled album, which continued to break record sales in its first week. The album was the highest first-week sales for a female artist in history at that time. Before the end of the year, the R&B singer would have her album go triple platinum. The winning wouldn't stop there. Ashanti would rack in eight Grammy nominations, winning "Best Contemporary R&B Album."
The "Foolish" singer wasn't the only artist receiving accolades that year. Ja Rule's third album, Pain Is Love, snagged a Grammy nomination for "Best Rap Album." Released in 2001, it debuted at number one on the Billboard 200 and was another triple-platinum seller for the rapper.

However, the label's lucky streak would soon fizzle out, and Ja Rule would find himself in a feud with 50 Cent. The rivalry became so volatile between the two that Ja Rule's labelmate Black Child ended up in a physical altercation with 50 Cent that would end in a stabbing.

The feud would go on for years, but the public would soon side with 50 Cent and G-Unit after Eminem, 50 Cent, and Obie trice released a lethal diss track, "Hailie's Revenge," a perfect reply to Ja Rule's diss track "Loose Change."

In 2005, Gotti and his brother, Chris Lorenzo, were indicted on money laundering charges, and if convicted, they faced up to 20 years in prison. However, the brothers were found innocent and cleared of all charges.

While this was a tremendous legal win, it marked the end for Murder Inc. The public had turned on Ja Rule, and the legal battle showed the label in a terrible light that shattered their professional image. By 2009, Ashanti and Ja Rule left the label and pursued their independent endeavors.

Jingle Jam. With Ashanti, Ja Rule, Fat Joe, Plies, and Trina. 8 p.m. Thursday, December 8, at Hard Rock Live, 1 Seminole Way, Hollywood; 954-797-5531; myhrl.com. Tickets cost $55 to $305 via ticketmaster.com.
KEEP MIAMI NEW TIMES FREE... Since we started Miami New Times, it has been defined as the free, independent voice of Miami, and we'd like to keep it that way. With local media under siege, it's more important than ever for us to rally support behind funding our local journalism. You can help by participating in our "I Support" program, allowing us to keep offering readers access to our incisive coverage of local news, food and culture with no paywalls.
Make a one-time donation today for as little as $1.