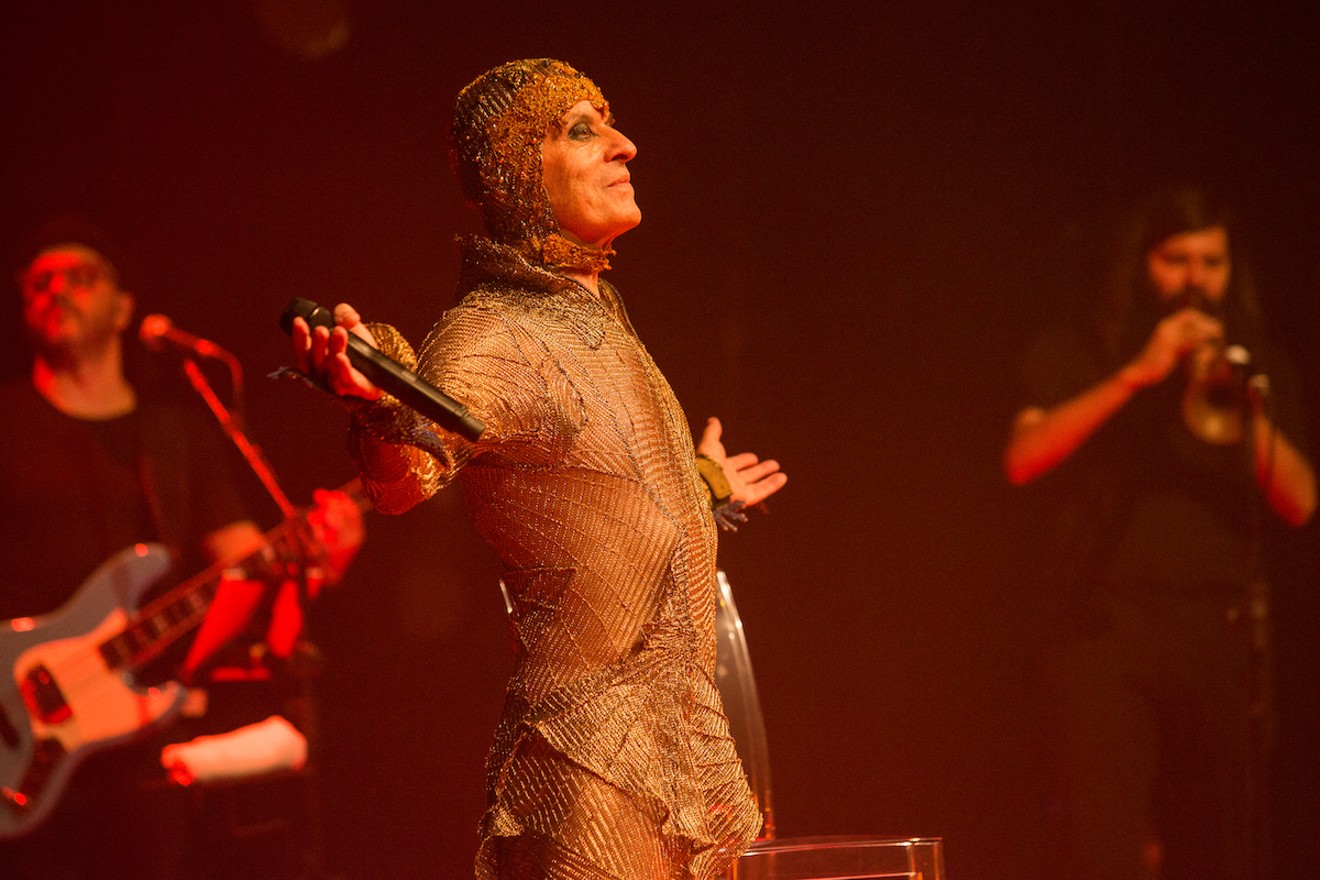 Ney Matogrosso Photo by Marcos Hermes
He's not a household name in the U.S., but Ney Matogrosso is regarded as one of Brazil's most important male singers.

"I haven't really had the ambition of having this international career; it's never really been a goal for me," Matogrosso tells New Times over the phone. "I've never thought I'd be some global star. Just before the pandemic, I did a show in London, and there were many British folks in the audience. I expected more Brazilians, but that is what it was like. It was a great show. I travel so much in Brazil. I really don't want to travel more than I do today."

At 81, Matogrosso is showing no signs of slowing down. As he sings, he gyrates his hips like a teen idol, and his voice has remained unchanged since he started his career in the early 1970s.

"I work out every day, but I don't do anything special about my voice," he notes.

His current tour, entitled Bloco Na Rua (named after his 2019 album), is a reference to the Mardi Gras celebration in which small groups of revelers ("blocos") take to the streets in outlandish costumes, often in drag. Matogrosso appears on stage backed by his band, wearing a golden reflective outfit that gives the illusion of changing colors as the stage lights hit the singer.

The tour's setlist includes a selection of songs primarily written in the 1970s, a time of political upheaval in his native country. That made fans wonder if he had chosen some of the songs in response to the many controversies surrounding Brazilian president Jair Bolsonaro.

"It has nothing to do with the current situation because we set up the show way before Bolsonaro was on the radar," he explains. "If it did, I guess I had premonitions. These were just songs I wanted to sing, and it's so crazy because things run in circles. It's not like I wasted any time dedicating anything to him."

"I have this notebook in which I record names of songs that I might one day perform," he explains. "So, I had this gigantic list of songs, so I started preparing a list for this particular show, and this one is the tenth revision I did. I originally had some songs by Jorge Ben, or [Baby do Brasil's] 'Todo Dia Era Dia de Indio,' so this is the result of a very long-time selecting material for a show.

"I spent a whole year doing it until I realized that this was it. There is only one new song, "Inominavel," by my great friend Dan Nakagawa. It's from one of his plays," Matogrosso adds. "He's a close friend, and I always watch his work, and this is the second time I record one of his tunes."

Matogrosso has a background in the theater, which was his career until music found him.

"I was dragged, kidnapped by music," he says with a chuckle. "But I have done some cinema. Soon I will be making a film if COVID allows. At least we are working now."

Asked if he had been willing to do at-home videos during the pandemic lockdowns, he categorically says no.

"I refused to do that. People asked me to, but I said no. I want to do the real thing."

Ney Matogrosso. 8 p.m. Friday, July 15, at the Broward Center for the Performing Arts, 201 SW Fifth Ave., Fort Lauderdale; 954-462-0222; browardcenter.org. Tickets cost $48 to $125 via ticketmaster.com.
KEEP MIAMI NEW TIMES FREE... Since we started Miami New Times, it has been defined as the free, independent voice of Miami, and we'd like to keep it that way. With local media under siege, it's more important than ever for us to rally support behind funding our local journalism. You can help by participating in our "I Support" program, allowing us to keep offering readers access to our incisive coverage of local news, food and culture with no paywalls.
Make a one-time donation today for as little as $1.
Ernest Barteldes