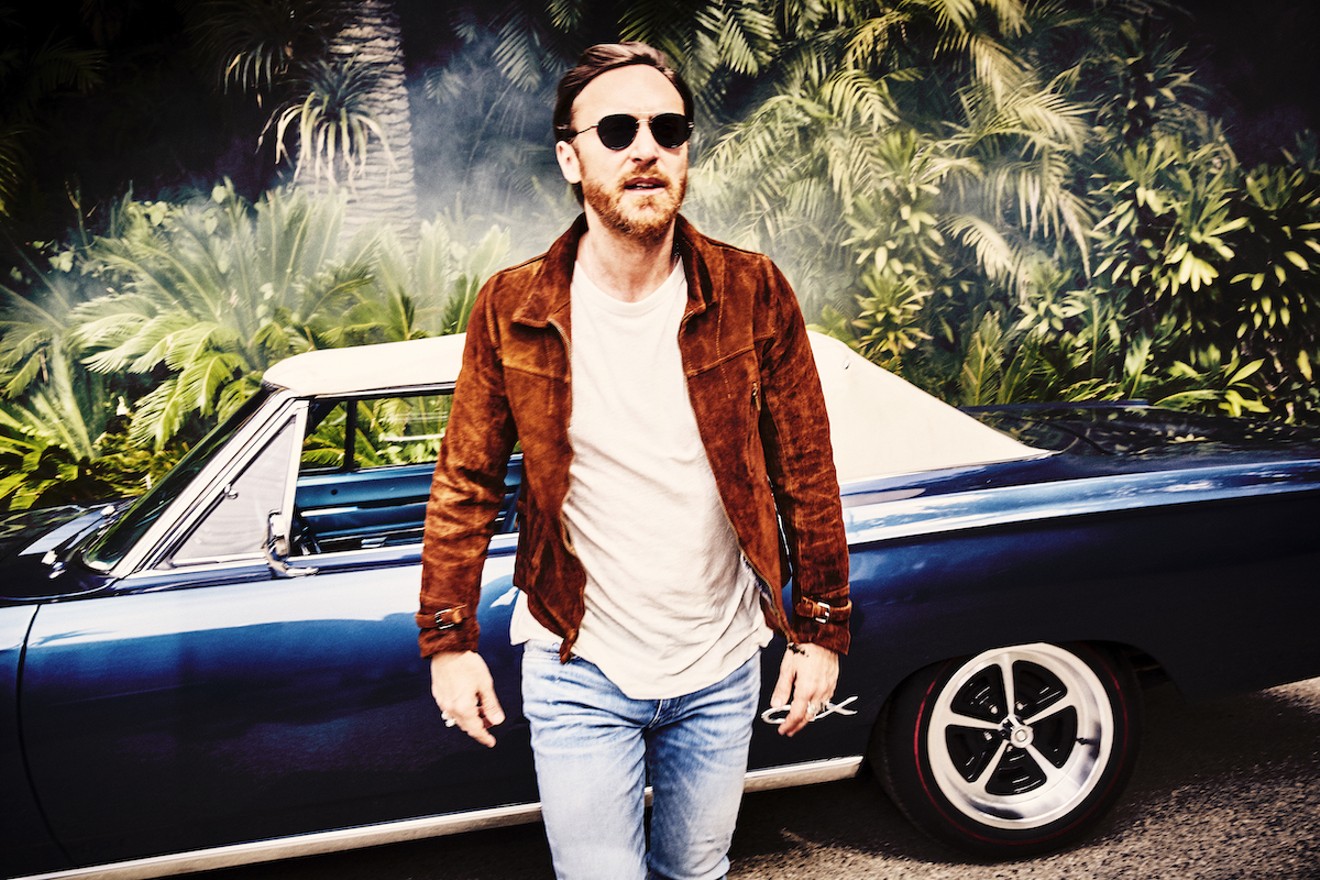 David Guetta Photo by Ellen Von Unwerth
French DJ/producer David Guetta has always considered Miami a second home. When he's not touring the globe, he has a bird's-eye view of the city from his duplex penthouse atop the Paraiso Bay tower in Edgewater.

At the moment, Guetta is calling the Magic City his quarantine quarters, and he has announced he'll do a DJ set this weekend in partnership with the Miami Downtown Development Authority (DDA). The two-hour live set will take place Saturday, April 18, at 6 p.m. EDT at an undisclosed location downtown (presumably to guarantee social distancing).

“I’m very excited to share what’s been in the works for some time now,” Guetta said in a statement. “My heart goes out to all those suffering from the global health pandemic, and I hope that this livestream event will bring people together and help raise money for those in need.”

Guetta's hopes to raise $150,000 for the charities. If you can't wait till Saturday, he's already accepting donations through davidguetta.com/donate.

For the uninitiated, Guetta got his start DJ'ing at Parisian nightclubs in the 1980s before scoring his first hit in 2001 with "Just a Little More Love." These days, he's better known for his pop-leaning productions and work with acts such as the Black Eyed Peas, Charli XCX, Sia, Nicki Minaj, Rhianna, Justin Bieber, and Lady Gaga.

His catalog of music is vast, so what he'll play for the world this Saturday will be anybody's guess.
KEEP MIAMI NEW TIMES FREE... Since we started Miami New Times, it has been defined as the free, independent voice of Miami, and we'd like to keep it that way. With local media under siege, it's more important than ever for us to rally support behind funding our local journalism. You can help by participating in our "I Support" program, allowing us to keep offering readers access to our incisive coverage of local news, food and culture with no paywalls.
Make a one-time donation today for as little as $1.