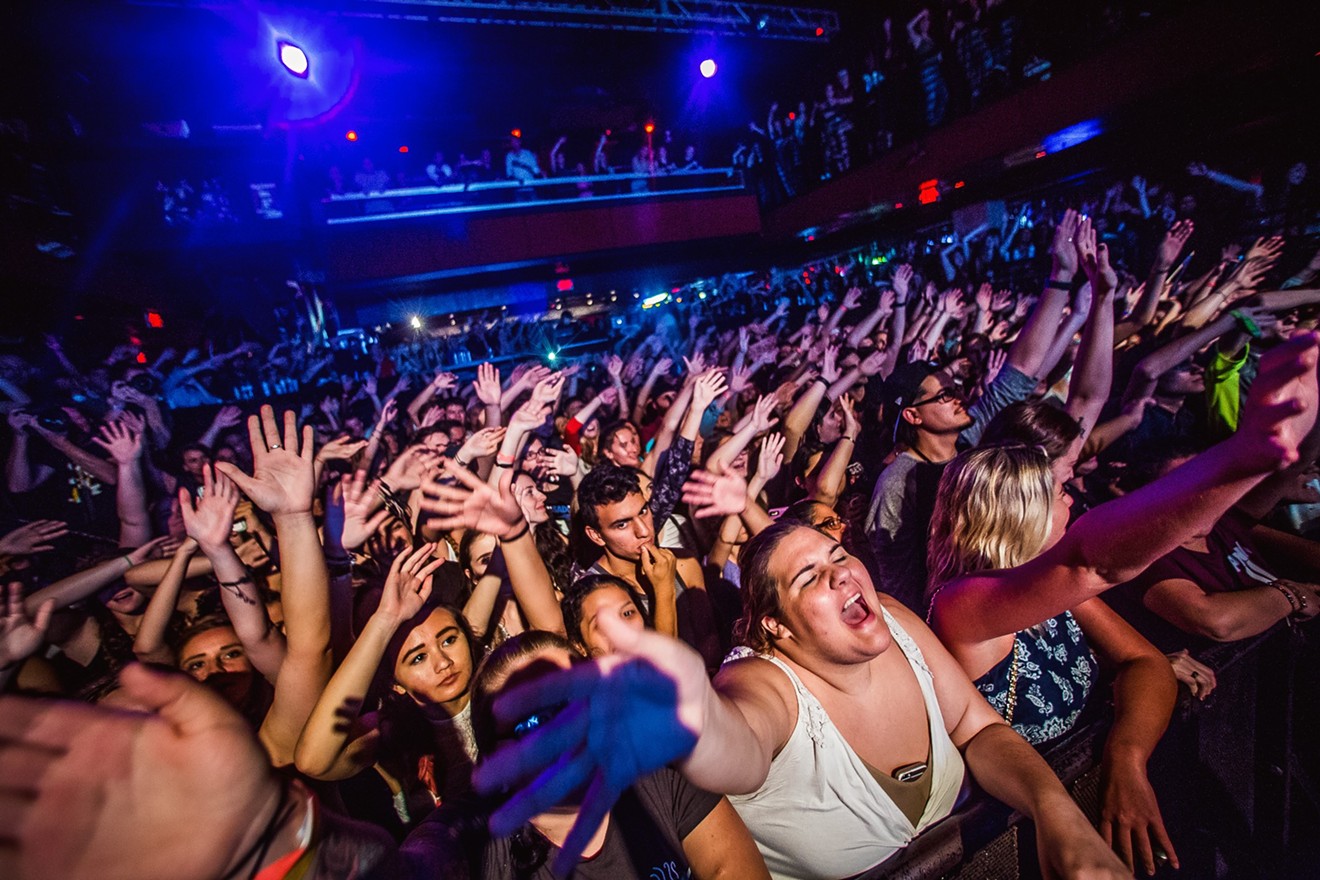 Both man-made and natural disasters have pummeled the building for more than two decades. Cops, and shitty ownership have all tried to take it down in its previous incarnations as the Edge and the Chili Pepper. But there it still stands on SW Third Avenue in Fort Lauderdale, ready to host bands like Dashboard Confessional and JJ Grey & Mofro over the next few weeks.

Few venues in South Florida can attract and sustain headlining acts touring through the region. There's the Fillmore Miami Beach, for example, and Perfect Vodka Amphitheatre in West Palm Beach. And, of course, there's Revolution Live, which has perhaps the most interesting, and, some would say, sordid past.

Fittingly, the rock club’s owner is anything but boring.

Brash, candid, enthusiastic, friendly, and outspoken, Jeff John is essentially the human embodiment of the entertainment venues he owns. The start to his relationship with the property that would shape the next 13 years of his life seems almost coincidental.

“I was in college, in grad school, and a buddy of mine got the lease for the Chili Pepper. They put together a group of investors. They had this master plan to redevelop the property. I said, 'What the hell, I’d make a small investment for my buddy; I’d stay down here for a year or so after.'” 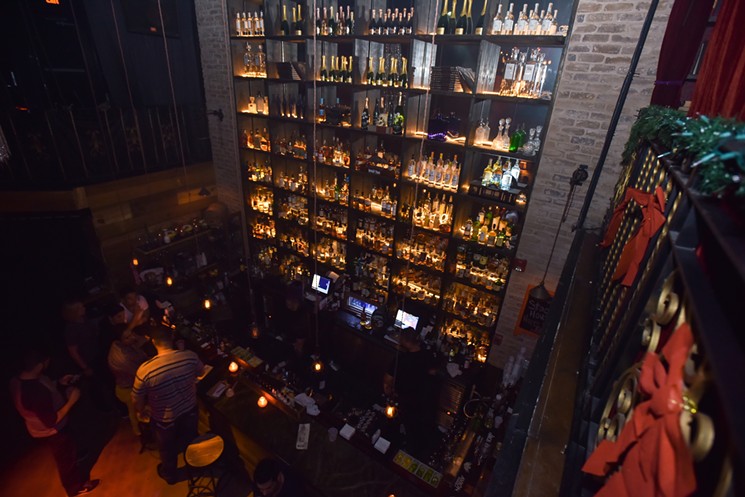 Photo credit Reuben Harper
That plan didn’t exactly work out that way. A native of Illinois, John made South Florida his permanent home after graduating from Lynn University in Boca Raton and taking on a much bigger piece of the operation. All of it, to be exact.

“Long story short, they ran out of money, they were bad guys, and I bought them all out for a penny on the dollar. I shut this place down and we renovated it for a year. When the Chili Pepper handed it over, it was condemned. There was a breaker fire here; the breaker was $60,000.”

Fires were only part of the challenge of his new investment. Before was the Chili Pepper, it was the Edge, a rave hot spot in the early days of South Florida’s dance scene, particularly for high school kids.
The obvious question is, why then would anyone, especially someone fresh out of college, want to deal with such wreck?

“Because I don’t like to lose. I’m not a loser," John laughs. "I will beat it up until I win. It’s a competitive thing, I guess. I came down here to play soccer.”

John’s background, unsurprisingly, is in real estate development. And if there’s one oft-repeated mantra in the industry, it’s “location, location, location.” Aside from the space itself, that’s what drew John most to the venue that he would one day mold into Revolution Live, Stache, and America’s Backyard. Photo credit Reuben Harper
“I still saw the value. I saw the value in Fort Lauderdale… being in school down here, knowing the parties down here, knowing it’s one mile off the interstate, 20 miles from Palm Beach, 20 miles from Miami. If you draw a bull's-eye [on a map], Fort Lauderdale is the bull's-eye and the concentric circles follow around that.”

Revolution Live opened on September 28, 2004. But even after things were finally up and running, it was hardly smooth sailing.

“The second year, I should’ve been out of business. I got clobbered by two hurricanes. I lost a million dollars,” John says flatly.

That was 2005, the year of Hurricanes Katrina and Wilma. John had to cancel nine sold-out shows, and the result was not only massive losses in revenue but a four-year battle with insurance companies.

“Somehow," John says, "we pulled out of it.” Not only did the endeavor survive, it prospered. After renovations to the main venue, he turned his attention outdoors and in 2008 debuted America’s Backyard, followed by the 1920s-styled speakeasy, Stache, in 2013.

Of course, before there was Stache, there was Green Room. That bit of property only fell into John’s hands after the original landlord got sick of the previous owners using it as an underage alternative club, a drug den, or whatever unseemly event the highest bidder deemed it worthy of on that specific date. “Green Room was a complete and utter dump,” John laments.

When asked how often he had to deal with the police, the city government, and additional fallout thanks to the room’s reputation over the years, he laughs. “I still am! Well, not the police. The police and the fire department and I are like this," he says, gesturing to indicate closeness. "I’ve earned trust with the city. I’ve never had a strike on my liquor license; I have never been in trouble, knock on wood.” 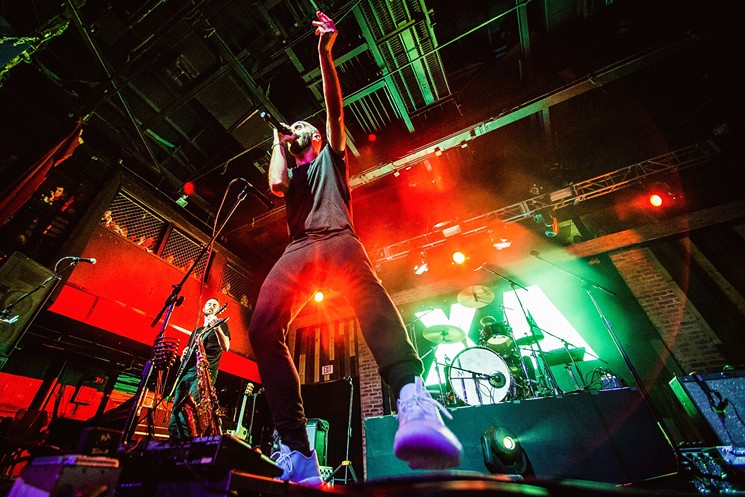 Photo credit Ian Witlen
Like any smart businessman, John knows he can’t do this alone. He credits Fort Lauderdale for sticking with him; he’s thankful for the successful, symbiotic partnership with Live Nation; he’s keen to heap praise on his staff, some of whom have been with John since day one. Perhaps most important to the health of Revolution Live, he knows that word of mouth goes a long way.

“Bands talk. I get a lot of feedback from bands when they get here: ‘I ran into so-and-so the other night and they said we gotta play here.’ I think one of the biggest testaments of this room is how I got Rock of Ages, the movie, to come here. That came from a 16-year-old girl who played here. She was part of a meeting where she told the director in California, ‘You need to go to Revolution Live in Fort Lauderdale and that’s your venue.’ Director flew out here and two days later we had a deal.”

If bands talk, then John’s ears must be burning constantly. After all, some of the biggest names in music have toured through Revolution Live – Arctic Monkeys, Katy Perry, and Lady Gaga, for example. The past of this venerated music venue is muddled, but its future looks clear. The prospects of the surrounding areas rely on the robustness of Revolution Live and its sister venues, America’s Backyard and Stache. As they go, the parties in Fort Lauderdale go, and Jeff John has no intention of ending his own entertainment revolution.