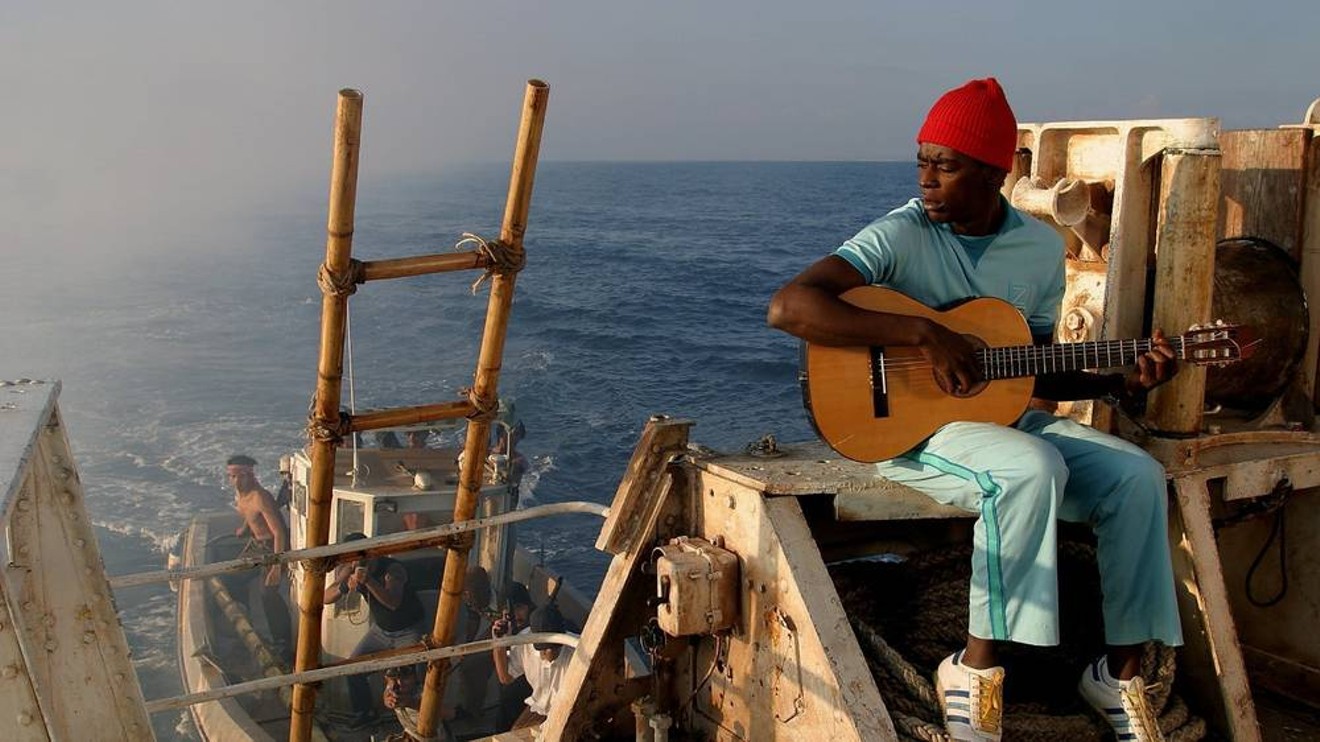 Seu Jorge is taking his David Bowie covers on the road. Courtesy photo
David Bowie fandom is deeply personal. As this past weekend’s Bowie in Space event and the smattering of humorous tributes that followed his death last year illustrated, loving this entertainer’s work often means more than enjoying the music; it’s a quirky and humanistic phenomenon that has offered comfort and inspiration for millions around the world.

The same can be said for the films of Wes Anderson. Since the release of his breakthrough movie, Rushmore, in 1998, Anderson has become synonymous with meaningful narratives and sympathetic tragicomic characters. More succinctly, he makes good movies.

With the above in mind, Anderson’s 2004 film The Life Aquatic With Steve Zissou was a cause for celebration among sensitive types and pop-culture geeks. Although Anderson’s films have always had great music selections — usually pulling from the sounds of the '60s and '70s — the soundtrack for The Life Aquatic rose above the rest in large part because of the contributions of Seu Jorge.

Jorge, a Brazilian singer-songwriter and actor who garnered acclaim for his role in 2002’s City of God, spends much of his screen time in The Life Aquatic nonchalantly covering Bowie’s oeuvre with nothing more than an acoustic guitar and his soothing, relaxed Portuguese vocals. As Bowie himself wrote: "Had Seu Jorge not recorded my songs in Portuguese, I would never have heard this new level of beauty which he has imbued them with.”

Simplified and stripped-down, Jorge’s covers highlight his flair as a performer while emphasizing the strength of Bowie’s much-missed gift for songwriting and arrangement. Even with the often altered lyrical content and imperfect English-to-Portuguese translation, Jorge’s music successfully navigates the tricky business of cover songs by faithfully paying tribute while framing the original work in a new light.

Since Bowie’s untimely death in January 2016, Jorge has taken his covers out from behind the silver screen and onto the road. Since it began last year, Jorge’s A Life Aquatic — A Tribute to David Bowie Tour has provided fans with a rare opportunity for both public grieving and joy. Jorge swung by the Faena Theater in Miami Beach last November, but he’s returning to South Florida this October for a performance at the Au-Rene Theater at the Broward Center for the Performing Arts.

Attendees can expect an evening of intimacy and quiet admiration, as Jorge adopts a subtler-than-usual approach when paying tribute to Bowie’s often bombastic world of existentialist glam. In sharp contrast to spectacles like Lady Gaga’s Intel-sponsored and obnoxious Bowie tribute at last year’s Grammys, the songs will be allowed to breathe. Even better, CGI spiders most likely won't crawl over Jorge’s face.

Bowie’s presence and music was anything but quiet. Jorge’s gentle voice and strings, however, produce results that are no less stirring.