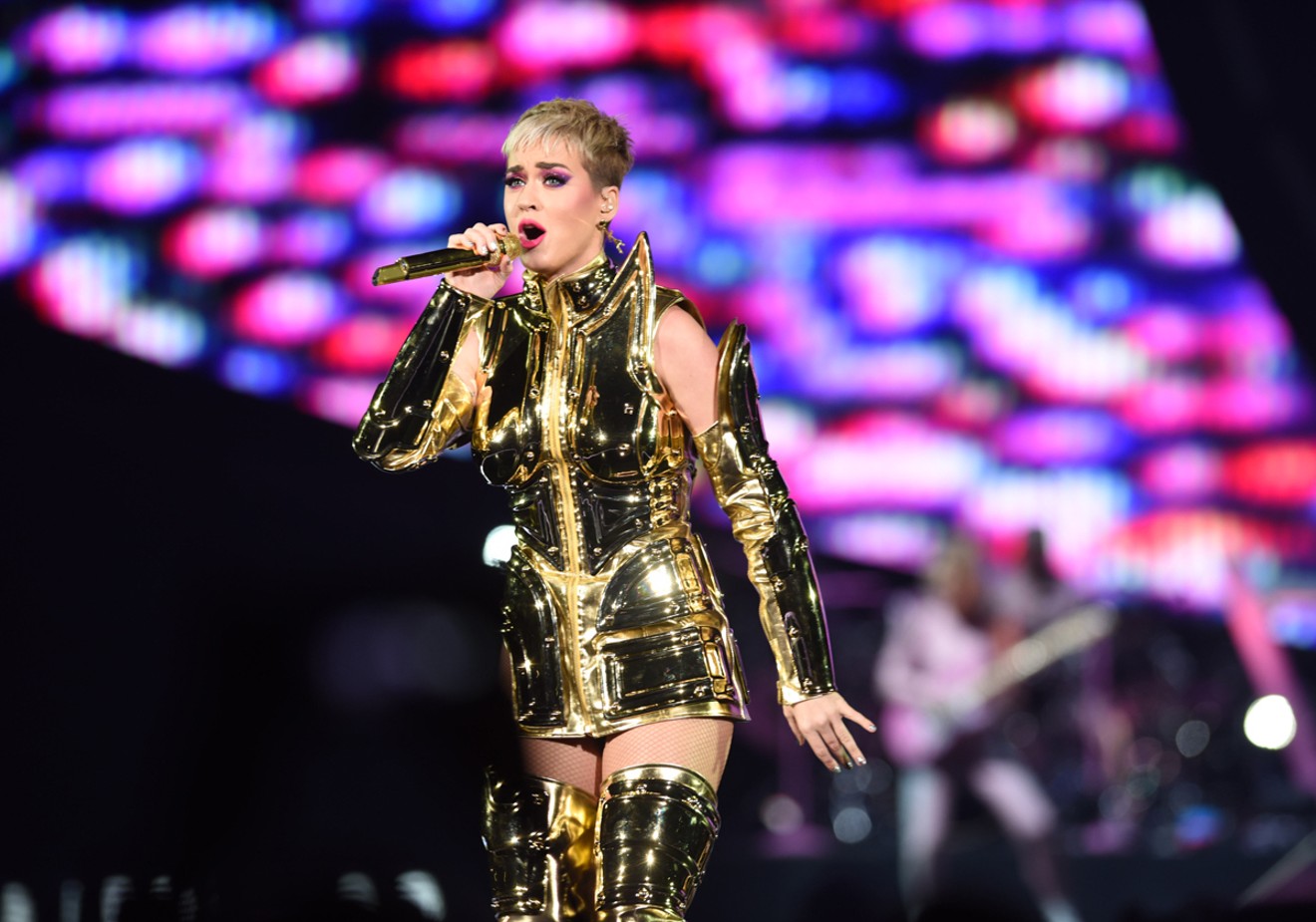 See more photos of Katy Perry at the American Airlines Arena here. Photo by Michele Eve Sandberg
Who needs "purposeful pop" when you have Left Shark?

Katy Perry returned to the American Airlines Arena last night for her Witness World Tour, and though she opened 2017 saying this album cycle would mark a more socially conscious departure for the former pinup pop tart, Perry spent more time creating her own world inside the walls of the AAA than she did addressing the one outside it.

Perry played the Witness lead-off single "Chained to the Rhythm" early in the set; the song doubles as the album's mission statement. It's about stepping out of comfort bubbles of distraction to confront society's ills head-on. "Are we tone-deaf?/Keep sweepin' it under the mat/Thought we could do better than that/I hope we can," she sang while massive stilt-controlled puppets with TV faces took the stage. It wasn't a terribly different message from John Lennon's "keep you doped with religion and sex and TV," but Lennon fled from pop artificiality once he figured out he was just another one of society's diversions. Perry may sing about "livin' our lives through a lens" of rose-colored glasses, but her show doesn't tell fans to take them off; instead, she makes them 3D. 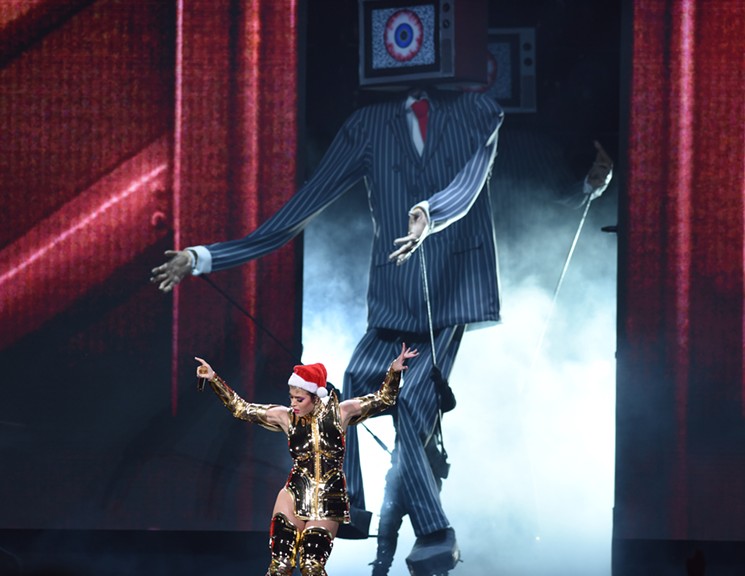 See more photos of Katy Perry at the American Airlines Arena here.
Photo by Michele Eve Sandberg
Her band took the stage clad head to toe in millennial pink, there was a confetti blast from the very first song in the set, and massive '80s pop art installations depicted a lion for "Roar," lips for "I Kissed a Girl," and salt and pepper shakers for "Bon Appétit." Song titles lit her chest up like a Lite-Brite. Black-light-activated planets hovered over the audience for the duration of the show, and Perry hitched a ride on a Saturn-shaped installation while singing "Wide Awake" and "Thinking of You" and flying over the masses.

A high-budget county-fair atmosphere permeated the night from the moment her Super Bowl meme buddy, Left Shark, took the stage during "California Gurls" and lasted until the end of the concert, when she brought a dad onstage and challenged him to make free throws with giant basketballs for "Swish Swish." It was Katy Perry by way of '90s Nickelodeon. 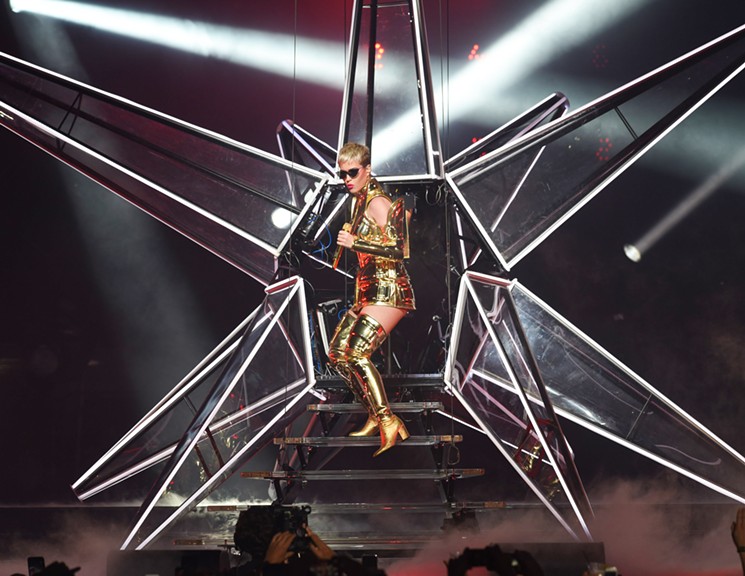 See more photos of Katy Perry at the American Airlines Arena here.
Photo by Michele Eve Sandberg
She punched up the tempo on slower songs such as "Teenage Dream," refashioned "Part of Me" with an 8-bit Pac-Man intro, and called her mom on a larger-than-life, old-school red telephone during a show break. It was heartwarming but went on too long. Perry's mother pandered to the crowd, saying Miami is "the center of girl power" because it was founded by a woman, and shared other Miami Wikipedia facts before Perry continued the show with a song she says her devout mom hates: "I Kissed a Girl." There was a surprising amount of bi-baiting on her part before the song. "I know there are a lot of fine ladies in Miami. Has anyone ever kissed a girl?" she asked. In light of the criticism Perry rightly faced for "playing gay" on her first album, it's grating that she's still doing this. The moment seemed ripe for a segment of John Oliver's recurring bit "How Is This Still a Thing?"

In one of the better parts of the night, Perry brought a 7-year-old named Mayte onstage. The girl's red sequins shone as brightly as the Swarovski crystals on Perry's dress, and Perry, taking on the affect of Glinda the Good Witch, asked the girl to make a wish on a shooting-star prop.

Perry appears to know there's a difference between audiences that go to concerts for catharsis and those that want their favorite stars to perpetuate whimsical fantasy. She knows her audience is the latter, and as she did for Mayte, she granted their wishes too.