Yes, Female Rappers Can Rap About More Than Just Stripping 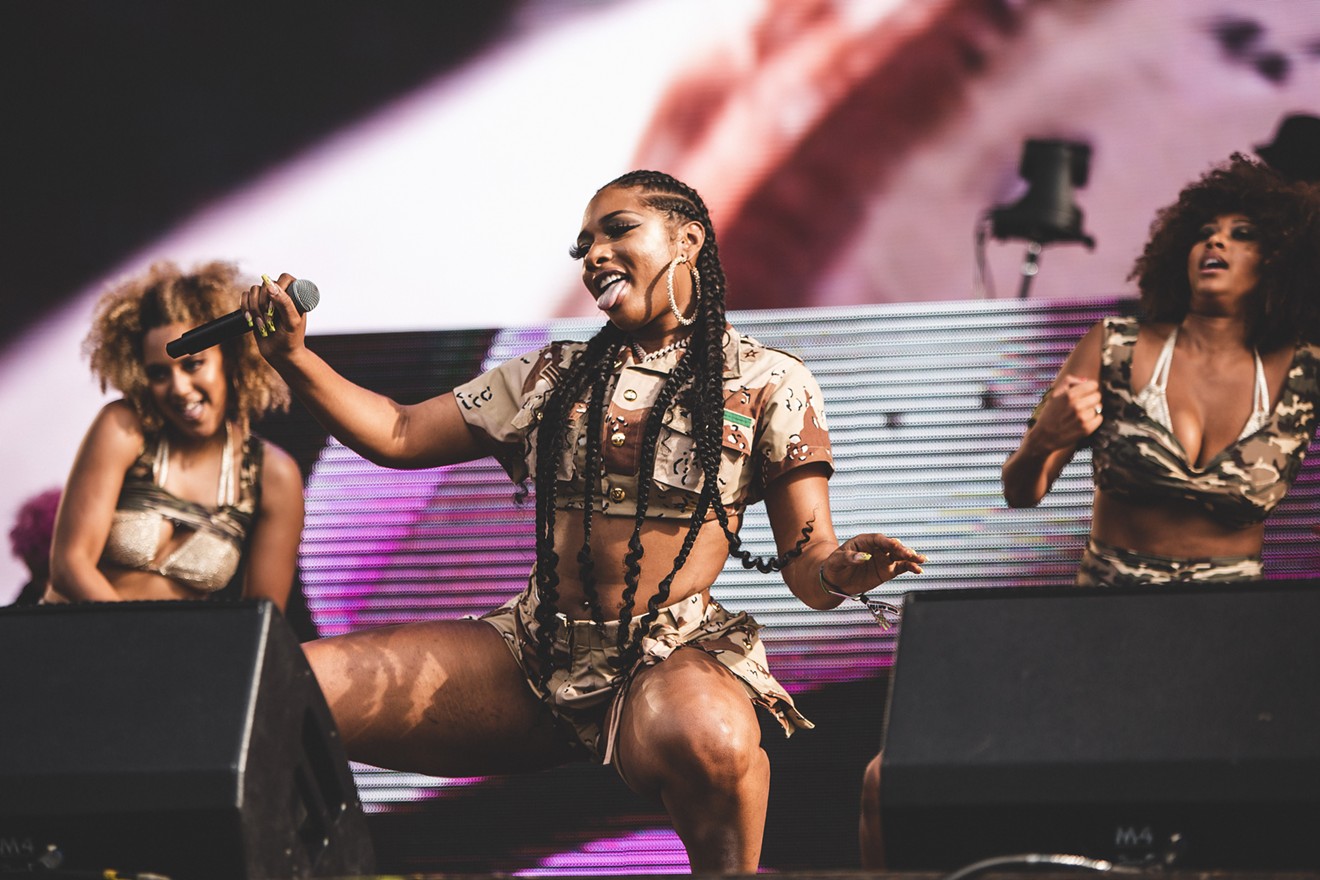 Megan Thee Stallion Photo by Sage Pacetti
Women are holding it down in the rap game right now. With Cardi B dominating the charts, Miami's very own City Girls making their mark, and XXL Magazine adding the most women to their Freshmen list cover in years, it’s hard not to celebrate the ladies of the rap industry — unless you’re Jermaine Dupree.

A power player such as Dupree, a rap game vet, is expected to keep his ears open for hip-hop's newest voices and trends. But in a recent interview with People TV, Dupree voiced his ill-informed opinion on women in today's rap industry.

Asked to name his "favorite right now in the rap game,” he replied, "Females?” before pausing and coming up blank. "Uh, I can’t really say," he stammered as he leaned over to think harder. “And you know the reason why I can’t say? I feel they are all rapping about the same thing. And I don't feel like they’re showing us who's the best rapper. For me, it's like strippers rapping... OK, you have a story about you dancing in the club... but who’s going to be the rapper?”

The backlash was swift, and women in the industry ran to one another's defense. In multiple Instagram posts, Cardi B name-dropped some of her favorite women in rap. If Dupree needs a refresher, he'd be wise to attend Spotify's RapCaviar Live concert at the Fillmore Miami Beach October 24. The stellar lineup includes some of today's top women in hip-hop, including Saweetie, Trina, Megan Thee Stallion, Cash Doll, and Melii. Here are five songs by those artists that aren't about stripping in the club.


Megan Thee Stallion, "Money Good." Megan Thee Stallion is known for her admirable level of confidence. In her song "Money Good," the Houston hottie wants hot girls to take a moment to appreciate their cash flow. The track from her latest mixtape, Fever, dives deep into why Megan has no worries in the world: because her money is flowing steadily and nothing is gonna stop her from getting paid. Though she is known to reference her sex game, this empowering track is playlist-worthy and stripper-lyric-free.


Saweetie, "Icy Girl." A college graduate and certified "Icy Girl," the Bay Area’s Saweetie has no time for stripping. Her music adds energy and confidence to any playlist thanks to her coveted braggadocious rapping style. The “Icy” artist rose to fame by releasing freestyles from her car. Years later, Saweetie’s most popular single, “Icy Girl,” dives into being a boss and making her own money in the rap game.


Trina featuring Kelly Price, "Mama." Miami’s own Trina holds a special place in our hearts. She was a trailblazer at Slip-N-Slide records, blessing us with classics “Da Baddest Bitch” and “Nan Nigga.” Though Trina made a living stripping before making it big in hip-hop, she's long rapped about plenty of other topics. Her latest project, The One, contains 15 songs, including “Mama” featuring Kelly Price, which doesn't mention her past occupation. Instead, it's a tribute to Trina's mother.
Melii, "Como Si Na." Newcomer Melii shows versatility in her music by blending her Latin roots with hip-hop culture, making her songs relatable to the first generation of American kids reveling in both traditions. She first garnered the spotlight after appearing on Meek Mill’s 2018 album, Championship, and she continues to shine by spitting bars on plenty of topics other than stripping. Her majority-Spanish bilingual track "Como Si Na" is a kiss-off to fuckboys.

Kash Doll, "His & Hers." Like Trina, Kash Doll spent time stripping before she made it in music. While attending Henry Ford College, she decided to drop out and pursue stripping to support her family. Dancing in the club became a temporary occupation, but she didn't let it define who she is today. Her cutthroat lyrics and slick delivery prove Kash Doll is not one to mess with. Her single “His & Hers” proves she has money to spend that she made on her own. And though she's not ashamed to admit she made it in clubs at one point, she's making her cash in the rap game now.

RapCaviar Presents: Megan Thee Stallion, Trina, Melii, Kash Doll, and Saweetie. 8 p.m. Thursday, October 24, at the Fillmore Miami Beach, 1700 Washington Ave., Miami Beach; 305-673-7300; fillmoremb.com. Tickets cost $35 to $49.
KEEP MIAMI NEW TIMES FREE... Since we started Miami New Times, it has been defined as the free, independent voice of Miami, and we'd like to keep it that way. With local media under siege, it's more important than ever for us to rally support behind funding our local journalism. You can help by participating in our "I Support" program, allowing us to keep offering readers access to our incisive coverage of local news, food and culture with no paywalls.
Make a one-time donation today for as little as $1.